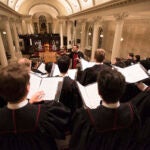 Milestones, innovation, analysis, and inspiration from the University and beyond

As 2017 comes to a close, we look back at some of the Gazette’s most-read stories of the year.

“Good genes are nice, but joy is better”

Second in a series on how Harvard researchers are tackling the problematic issues of aging.

“Drew Faust to step down as Harvard president”

When Drew Faust announced plans to depart next June we looked back at 11 years of University growth, reinvention, and inclusion.

“Create a sense of purpose for all, Zuckerberg urges”

One of Harvard’s most famous dropouts returned to receive a degree and encourage the Class of 2017 to go out and make a difference in the world.

“A Cuba-Harvard connection, with a beat”

The Harvard Jazz Bands made and learned music, absorbed culture on its summer tour of Cuba.

“A letter leads to Harvard”

“For family, doctors, life and death were inseparable”

Surgeons at MGH faced a wrenching decision in a procedure to separate twins conjoined at the abdomen and pelvis: “We probably knew there was no hope and yet I just maintained hope the whole time.”

Harvard and MIT researchers have developed smart tattoo ink capable of monitoring health by changing color to tell an athlete if she is dehydrated or a diabetic if his blood sugar rises.

On Capitol Hill, the everyday business of government rolls along, aided by many Harvard-trained officials.

“Thoreau at Walden, and at Houghton”

Harvard Professor Emeritus Lawrence Buell reflected on the lasting importance of Henry David Thoreau’s “Walden” on the 200th anniversary of the author’s birth.

After the twin triumphs of Donald Trump and Brexit, right-leaning European parties are seeing fresh paths to political power.

“A master of explaining the universe”

Brian Greene has made it his mission to illuminate the wonders of the universe for non-scientists.

“JFK speaks from his Harvard past”

An exhibit marking JFK’s centennial includes an audio file believed to be the earliest voice recording of the future president.

Harvard’s Class of 2021 settled into its dorms with family and friends helping them make the transition on the official move-in day.

“Revelry amid the raindrops”

Snapshots of Harvard’s 366th Commencement, from dawn to dusk.

Amid President Trump’s shifting harsh immigration policies, the Gazette talked with four undocumented Harvard students, all protected from deportation under a federal program, about their hopes and concerns.

“From drinking straws to robots”

Cybersecurity expert Bruce Schneier, a fellow with the Berkman Klein Center for Internet & Society, discussed what consumers can do to protect themselves from government and corporate surveillance.

Uneducated and his own creation, Leonardo da Vinci still rose to the top ranks in both science and art, author Walter Isaacson recounted.

“Moments of joy beyond cancer’s shadow”

by Jill Radsken, video by Joe Sherman and Kai-Jae Wang

Harvard’s first year as a chapter of Camp Kesem, a summer camp for children whose parents have battled cancer, unfolded in the green hills of Western Massachusetts.

“Echoes of war, seeds of hope”

Harvard President Drew Faust spoke about war and its painful aftermath during a visit to Ho Chi Minh City University for Social Sciences and Humanities. 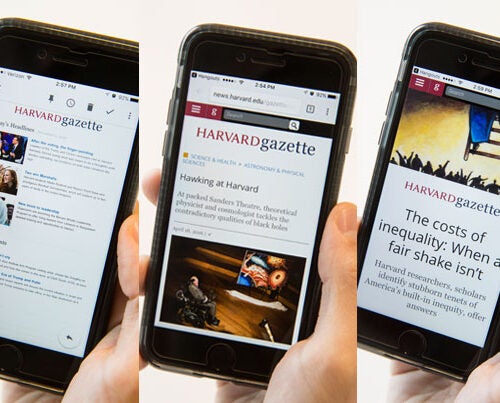 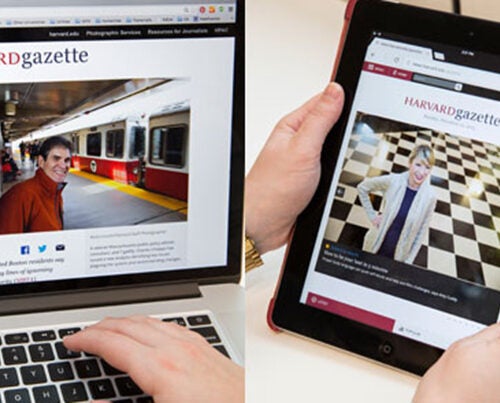