Digging into the history of the cosmos 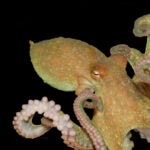 Cora Dvorkin’s fascination with math and the cosmos started with her father, a family friend, and famed theoretical physicist Stephen Hawking.

Drawn to math at an early age, Dvorkin remembers long discussions with her father and his friend about abstract mathematical concepts like the origin of infinity or zero and was 10 years old when first handed Hawking’s “A Brief History of Time.” It didn’t take long for a young Dvorkin, growing up in Buenos Aires, to become enthralled with the kinds of connections Hawkings was making.

“I realized that I could access the kind of questions that I was interested in with the tool of mathematics,” Dvorkin said. “I had fun when my mind went out [in search of big answers] and then it came back, and I realized I was physically at this place, but I was flying somewhere else.”

That sense of discovery and adventure has come to define much of her work as an associate professor in the FAS’ Department of Physics. There, the theoretical cosmologist uses advanced algorithms and machine learning to analyze data from satellites and telescopes all over the world to study the origins and composition of the early universe. Her lab’s main goal is trying to understand the nature of one of the universe’s most important and puzzling features: dark matter.

“We use our computers to simulate the universe and to do our calculations,” said Dvorkin, who came to Harvard in 2014 as a fellow for the Institute for Theory and Computation at the Center for Astrophysics | Harvard & Smithsonian. “The data that we use are either from the cosmic microwave background, which is the afterglow from the Big Bang, or data from what is known as the large-scale structure of the universe, such as galaxy surveys or gravitational lensing, which is the light coming towards us [from distant galaxies] that’s deflected [and distorted] because of massive structures along the way.”

A lot of these structures are what’s known as dark matter. Scientists believe dark matter is the glue holding galaxies together and the organizing force giving the universe its overall structure. It comprises around 80 percent of all mass.

Catching a glimpse of it is exceedingly difficult, however. Dark matter doesn’t emit, reflect, or absorb light, making it essentially invisible to current instruments. Researchers instead infer things about dark matter through what its powerful gravity allows it to do: bend and focus the light around it, a phenomenon called gravitational lensing.

In recent years, Dvorkin’s lab has been a leader in finding new approaches to learn about dark matter. One study published last year, for instance involved, using a novel machine learning method to detect what’s known as subhalos, or small clumps of dark matter that live within larger halos of the dark matter holding a galaxy together. The halos basically create pockets where certain stars are confined. While they can’t be seen, these subhalos can be traced by analyzing the light distortion from the lensing effect. The problem is that the analysis is often expensive and can take weeks.

“Most of the time you get no detections, so what I have been working on with a graduate student and now with a postdoc is if we can automate a procedure like direct detection, for example, using convolutional neural networks, making this process of detecting subhalos much faster,” Dvorkin said.

The lab showed their strategy using machine learning can reduce the analysis to a few seconds rather than a few weeks using traditional methods.

Other dark matter research involves looking at the early universe, which has included using cosmic microwave background observations to study the structure of dark matter and pioneering a method for investigating the shape of an aspect inflation known as “Generalized Slow Roll.” Along with colleagues at Harvard, MIT, and other universities, Dvorkin helped launch a new National Science Foundation institute for artificial intelligence, where she’ll apply some of her methods for detecting dark matter.

Her current and past work has turned heads. Dvorkin received the Department of Energy Early Career award in 2019. She snagged the Scientist of the Year award given by the students interns and faculty at The Harvard Foundation for Intercultural and Race Relations in 2018 for her contributions to physics, cosmology and STEM Education. Dvorkin was named a Radcliffe Institute Fellowship from 2018 to 2019. And in 2012, she was given the Martin and Beate Block Award, an international prize given out annually to a promising young physicist by the Aspen Center for Physics.

Professor of astronomy and physics Douglas Finkbeiner considers himself among Dvorkin’s fans — not only because her stellar work has led to a good-looking trophy case but also because of how she champions her collaborators, especially future scientists.

“Cora is not just a builder of theories, but a builder of people,” he said. “It has been a joy to watch her students [and research associates] grow and mature into top-notch scientists.”

The Dvorkin Group is comprised of 11 members, including seven graduate students and one undergrad.

“We’ve got a really big group in comparison to any other research groups that I have been a part of,” said Bryan Ostdiek, one of the lab’s three postdoctoral fellows. “This makes everything very lively” and collaborative on projects, he said. It was especially evident before the pandemic, but still happens now through Zoom and Slack messaging.

And that’s just the way Dvorkin likes it.

When it comes to projects lab members say Dvorkin is as hands-on as they need her to be, but that she also gives them the freedom they need to evaluate data or come up with their own ideas for research.

Ana Diaz Rivero, A.M. ’18, a physics Ph.D. candidate at the Graduate School of Arts and Sciences, says she’s been able to get early experience authoring scientific papers through her work at the lab, including in leading journals like The Astrophysical Journal and Physical Review D. She’s also been invited to give a number of talks, including an upcoming one at the Max Planck Institute for Astrophysics.

Rivero says she’s been working with Dvorkin since the start of her graduate experience at Harvard in 2016.

“I got accepted into Harvard, and on the day of my acceptance she sent me an email saying congrats on getting into Harvard, and we set up a time to talk,” Rivero said. The pair had met at Columbia University at a talk Dvorkin was giving. “When I came to visit at Open House, I spoke to her, and I really liked her, and I told her what ideas I had, and she was super supportive of me working on them in her group. So, on Day One of Harvard, I started out on a research project with her, and we’ve written a lot of papers together since.” 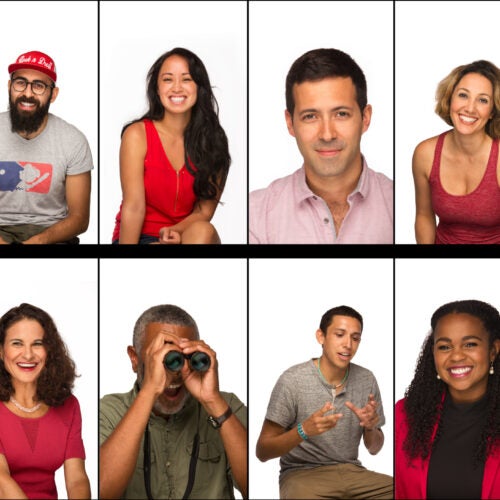 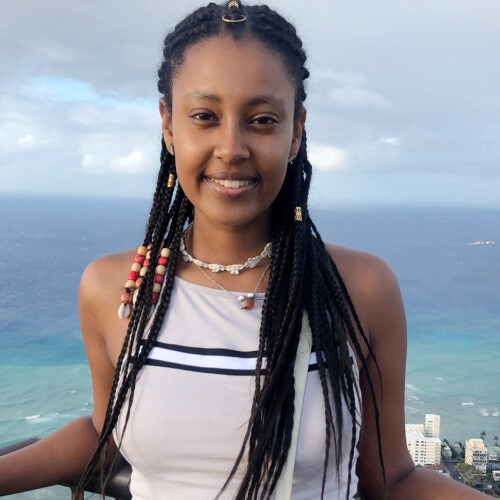 Outreach like that is important to Dvorkin, especially to increase inclusion and diversity in the field. It’s why in the past she’s given talks at the Harvard Foundation’s annual Albert Einstein Science Conference: Advancing Minorities and Women in Science, Technology, Engineering and Mathematics and why, more recently, she’s been in contact with the Black National Society of Physicists.

“I’m very concerned about these topics, and I’m trying my best to do whatever I can to fight this problem,” Dvorkin said.

Reasons like this is why the group’s youngest lab member says Dvorkin not only serves as an excellent mentor but as a role model for female scientists like herself.