What the nose knows 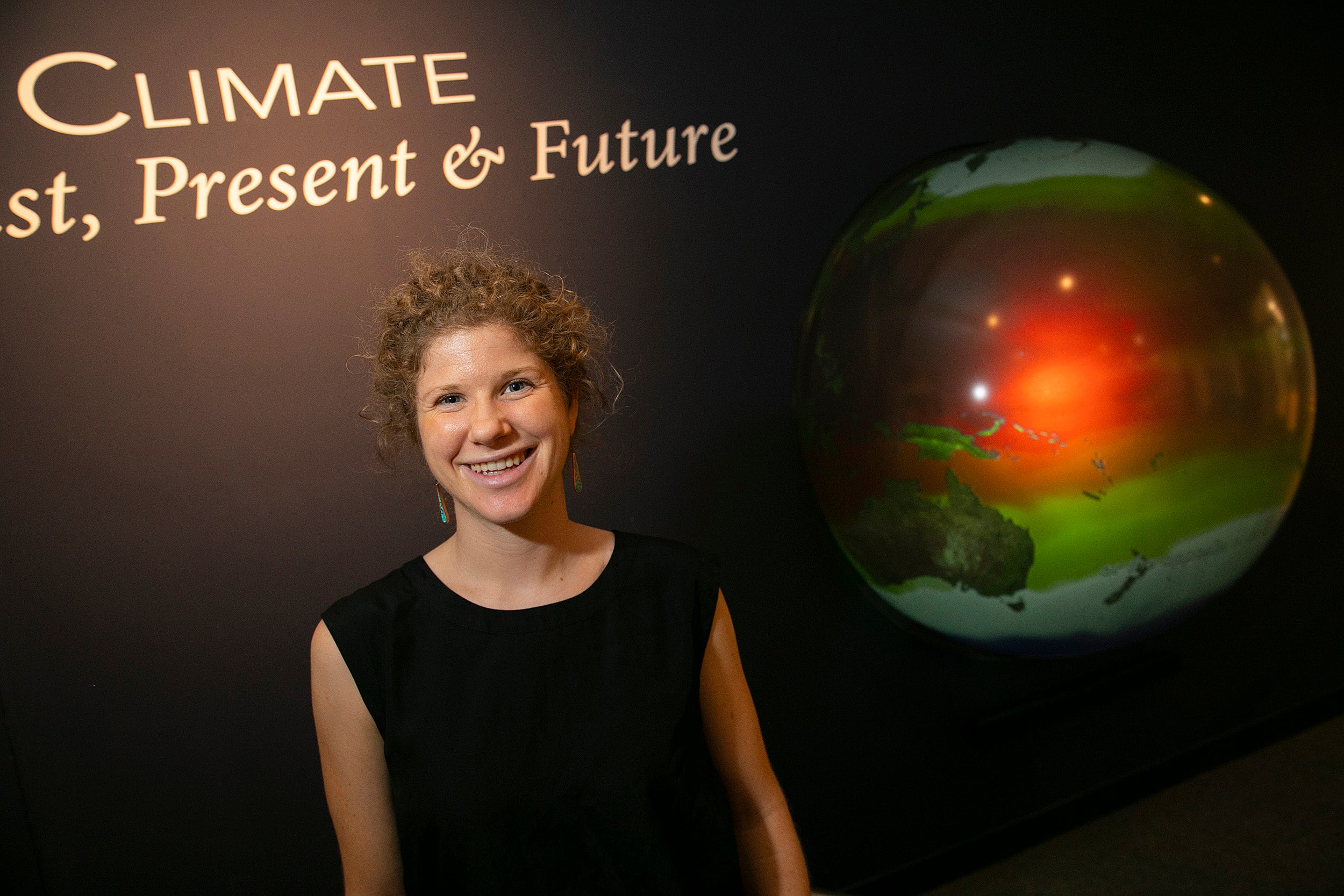 Experts discuss the science of smell and how scent, emotion, and memory are intertwined — and exploited

“… I carried to my lips a spoonful of the tea in which I had let soften a bit of madeleine. But at the very instant when the mouthful of tea mixed with cake crumbs touched my palate, I quivered, attentive to the extraordinary thing that was happening inside me.”

It’s a seminal passage in literature, so famous in fact, that it has its own name: the Proustian moment — a sensory experience that triggers a rush of memories often long past, or even seemingly forgotten. For French author Marcel Proust, who penned the legendary lines in his 1913 novel, “À la recherche du temps perdu,” it was the soupçon of cake in tea that sent his mind reeling.

But according to a biologist and an olfactory branding specialist Wednesday, it was the nose that was really at work.

This should not be surprising, as neuroscience makes clear. Smell and memory seem to be so closely linked because of the brain’s anatomy, said Harvard’s Venkatesh Murthy, Raymond Leo Erikson Life Sciences Professor and chair of the Department of Molecular and Cellular Biology. Murthy walked the audience through the science early in the panel discussion “Olfaction in Science and Society,” sponsored by the Harvard Museum of Natural History in collaboration with the Harvard Brain Science Initiative.

Smells are handled by the olfactory bulb, the structure in the front of the brain that sends information to the other areas of the body’s central command for further processing. Odors take a direct route to the limbic system, including the amygdala and the hippocampus, the regions related to emotion and memory. “The olfactory signals very quickly get to the limbic system,” Murthy said.

But, as with Proust, taste plays a role, too, said Murthy, whose lab explores the neural and algorithmic basis of odor-guided behaviors in terrestrial animals.

“When you are walking down the street, consciously indicate what you are smelling … the more you use [your nose], the stronger it gets.”
— Dawn Goldworm

When you chew, molecules in the food, he said, “make their way back retro-nasally to your nasal epithelium,” meaning that essentially, “all of what you consider flavor is smell. When you are eating all the beautiful, complicated flavors … they are all smell.” Murthy said you can test that theory by pinching your nose when eating something such as vanilla or chocolate ice cream. Instead of tasting the flavor, he said, “all you can taste is sweet.”

For decades individuals and businesses have explored ways to harness the evocative power of smell. Think of the cologne or perfume worn by a former flame. And then there was AromaRama or Smell-O-Vision, brainchildren of the film industry of the 1950s that infused movie theaters with appropriate odors in an attempt pull viewers deeper into a story — and the most recent update, the decade-old 4DX system, which incorporates special effects into movie theaters, such as shaking seats, wind, rain, as well as smells. Several years ago, Harvard scientist David Edwards worked on a new technology that would allow iPhones to share scents as well as photos and texts.

Today, the aroma of a home or office is big business. Scent branding is in vogue across a range of industries, including hotels that often pump their signature scents into rooms and lobbies, noted the authors of 2018 Harvard Business Review article.

“In an age where it’s becoming more and more difficult to stand out in a crowded market, you must differentiate your brand emotionally and memorably,” they wrote. “Think about your brand in a new way by considering how scent can play a role in making a more powerful impression on your customers.”

Someone who knows that lesson well is Dawn Goldworm, co-founder and nose, or scent, director of what she calls her “olfactive branding company,” 12.29, which uses the “visceral language of scent to transform brand-building” in the actual buildings where clients reside (mostly through ventilation systems or standalone units).

Among Goldworm’s high-profile customers is the sportswear giant Nike. Its signature scent, she explains in a video on her company’s website, was inspired by, among other things, the smell of a rubber basketball sneaker as it scrapes across the court and a soccer cleat in grass and dirt. Her goal, she said, is to create “immediate and memorable connections between brands and consumers.”

Goldworm, who designed signature fragrances for celebrities for more than a decade before starting her own company, knows the science, too. She spent five years in perfumery school followed by a master’s degree at New York University where her thesis focused on olfactory branding.

During the talk she explained that smell is the only fully developed sense a fetus has in the womb, and it’s the one that is the most developed in a child through the age of around 10 when sight takes over. And because “smell and emotion are stored as one memory,” said Goldworm, childhood tends to be the period in which you create “the basis for smells you will like and hate for the rest of your life.”

She also explained that people tend to smell in color, demonstrating the connection with pieces of paper dipped in scents that she handed to the audience. Like most people, her listeners associated citrus-flavored mandarin with the colors orange, yellow, and green. When smelling vetiver, a grassy scent, audience members envisioned green and brown.

Be careful of your snout, both speakers cautioned the audience. The bony plate in the nose that connects to the olfactory bulb, which in turn sends signals to the brain, is particularly sensitive to injury, meaning head trauma can “shear that plate off” and cause people to lose their sense of smell entirely, making them anosmic, said Murthy. (Feb. 27 is anosmic awareness day.)

“Wear a helmet if you ride a bike or are doing extreme sports,” said Goldworm.

People do tend to lose their sense of smell as they age, she added. But not to worry. Your nose is like a muscle in the body that can be strengthened, she said, by giving it a daily workout, not with weights, but with sniffs.

“Just pay attention,” with your nose, said Goldworm. “When you are walking down the street, consciously indicate what you are smelling … the more you use [your nose], the stronger it gets.” 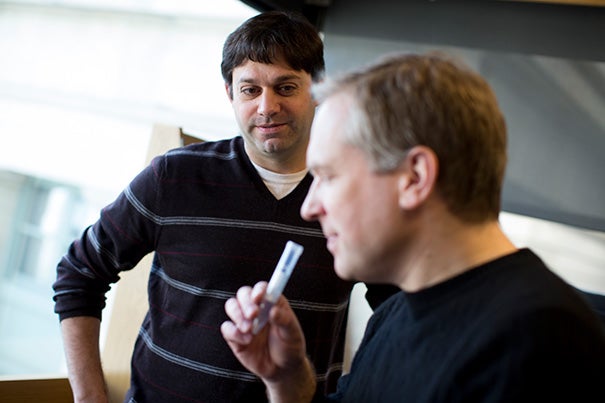 Researchers find receptors that help determine how likes, dislikes from sniffing are encoded in the brain 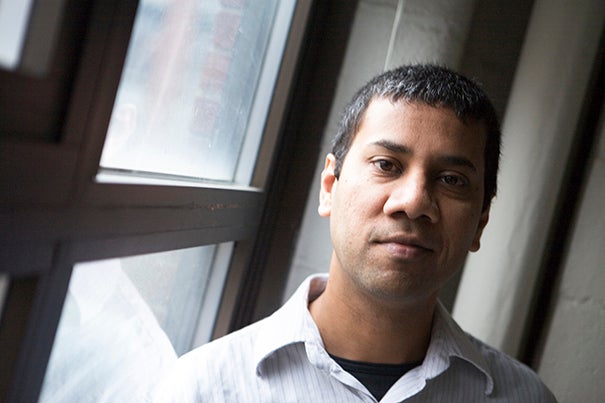 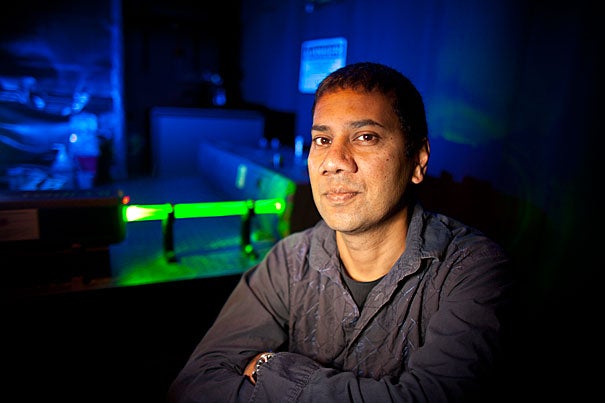 Researchers: ‘What if we make the nose act like a retina?’