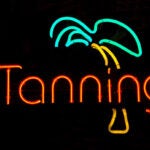 Researchers: ‘What if we make the nose act like a retina?’

Harvard University neurobiologists have created mice that can “smell” light, providing a new tool that could help researchers better understand the neural basis of olfaction.

The work, described this week in the journal Nature Neuroscience, has implications for the study of complex perception systems that do not lend themselves to traditional methods of research.

“It makes intuitive sense to use odors to study smell,” says Venkatesh N. Murthy, professor of molecular and cellular biology at Harvard. “However, odors are so chemically complex that it is extremely difficult to isolate the neural circuits underlying smell that way.”

Murthy and his colleagues at Harvard and Cold Spring Harbor Laboratory instead used light, applying the infant field of optogenetics to the question of how cells in the brain differentiate between odors.

Optogenetic techniques integrate light-reactive proteins into systems that usually sense inputs other than light. Murthy and his colleagues integrated these proteins, called channelrhodopsins, into the olfactory systems of mice, creating animals in which smell pathways were activated not by odors but by light.

“In order to tease apart how the brain perceives differences in odors, it seemed most reasonable to look at the patterns of activation in the brain,” Murthy says. “But it is hard to trace these patterns using olfactory stimuli, since odors are very diverse and often quite subtle. So we asked: What if we make the nose act like a retina?”

“The first question was how the processing is organized, and how similar inputs are processed by adjacent cells in the brain,” Murthy says.