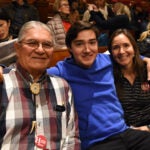 Harvard President Larry Bacow told an alumni audience, following on the heels of the first-ever gathering of Harvard international alumni leaders in Amsterdam, that the goal of lifting the global community will be accomplished through commitment to facing global challenges and, perhaps more commonly, to addressing concerns closer to home.

“If you look around the world — and tonight is a great example — you find Harvard alumni who are actively involved in making the world a better place, in each and every community and country in which they are located,” Bacow said during a Saturday evening event hosted by the Harvard Alumni Association (HAA) and the Harvard Club of the Netherlands. “As citizens of Harvard, but more importantly as citizens of our communities around the world, we each have to look for ways to try to make this imperfect, sometimes challenging, sometimes maddening, often difficult world a better place. Sometimes that’s by devoting one’s life to public service, but often it’s by helping just one person to lead a better life.”

Bacow’s visit coincided with the HAA’s International Leadership Workshop, which took place throughout the weekend and which drew more than 150 volunteers who run local and regional clubs and shared interest groups (or SIGs) spanning six continents. Those alumni, along with about 100 other local alumni, attended the Saturday evening event with the president.

Laura Birkman, M.P.A. ’12, president of the Harvard Club of the Netherlands, said in her welcome to the workshop that every School was represented at the session and attendees included graduates from the classes of 1970 through 2017. Birkman, whose work for the Hague Centre for Strategic Studies overseers a range projects in the fields of security and defense, described her Club’s cultural, academic, and social programming as “a way to provide a community platform that brings a little bit of Harvard to the Lowlands.”

Harvard’s nearly 62,000 international alumni live in some 202 countries around the globe. The weekend workshop provided opportunities for alumni to learn from each other’s experiences — to build on leadership and organizational skills and learn new approaches, share resources, and exchange ideas for addressing challenges and opportunities.

HAA President Alice E. Hill ’81, Ph.D. ’91, who took part in the workshop, has stated a focus on deepening the HAA’s global outreach is among her goals for the year. A native of Canada who now lives in Australia, Hill is the first citizen of either of those nations to serve as HAA president.

“Wherever I have moved in the world, the local Harvard community has included me and welcomed me unconditionally,” said Hill during the workshop. “I think part of why many of us chose Harvard, and perhaps why Harvard chose us, is because we share its values. This weekend we’ve seen this kind of inclusivity again — we’ve been able to gather with colleagues from Ethiopia to Argentina to Indonesia, to exchange ideas about what it means to be connected and engaged members of the Harvard community, and to discuss and share the values of this community no matter where we are in the world.”

Previously, the HAA has organized regional meetings for alumni in a variety of international locations, but last weekend’s event marked the first time all international club and SIG leaders convened in one place outside of Cambridge.

“As citizens of Harvard, but more importantly as citizens of our communities around the world, we each have to look for ways to try to make this imperfect, sometimes challenging, sometimes maddening, often difficult world a better place.”
— President Larry Bacow

During the workshop, alumni leaders heard from Mark C. Elliott, vice provost of International Affairs and the Mark Schwartz Professor of Chinese and Inner Asian History, on the state of the University’s international academic efforts. Elliott was joined by Thomas J. DeLong, Baker Foundation Professor of Management Practice and former Philip J. Stromberg Professor of Management Practice at Harvard Business School, for a session on organizational behavior and the roles that reflection and gratitude play in leadership.

Alumni traveled from around the world to take part. They represented clubs from Australia, Brazil, Ghana, India, Kuwait, Korea, Mexico, Quebec, Russia, Sweden, and many other nations. International shared interest groups included the Harvard Women in Defense, Diplomacy, and Development and the Harvard Alumni Entrepreneurs, among others.

For the Saturday evening event, held at the Hermitage Amsterdam, Bacow engaged in a conversation with Deanna Lee ’84, former member of the Harvard Board of Overseers (2013-19), visiting professor of media studies at John Cabot University in Rome, senior adviser to the Carnegie Corporation of New York, and a distinguished former broadcast journalist who has reported from around the world. She is a member of the Harvard Club of Italy.

“This whole weekend has been about the ideas of community,” said Lee, “with people sharing their experiences, learning from each other.”

Bacow and Lee took questions from the audience on a range of topics, from the value of campus diversity and free speech to broadening access to Harvard courses through online learning and the University’s efforts in Allston. Lee also asked Bacow about the growth in public service and public-interest careers at Harvard — and whether alumni have a role to play in the lives and careers of current Harvard students, both now and after they have graduated.

“This institution did not build itself. It exists because of those who came before us, often alumni, who were willing to devote their time and their effort, and in some cases their resources, to create an institution from which we all now benefit,” said Bacow. “And so there’s this wonderful tradition of each generation helping the next. And that’s represented by literally everyone that’s in this room — by alumni who’ve traveled far and wide to be here.”

The HAA will next convene international club and SIG leaders during its annual alumni leadership conference to be held in Cambridge in February. 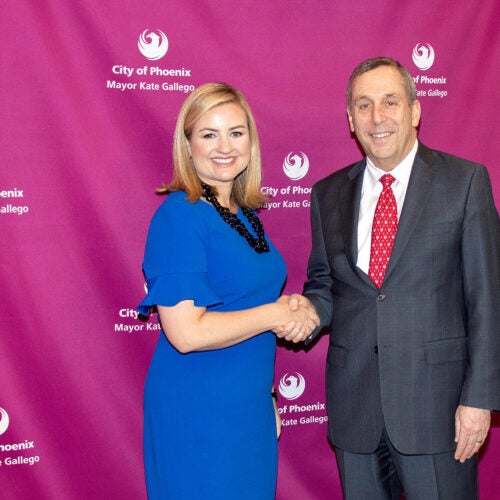 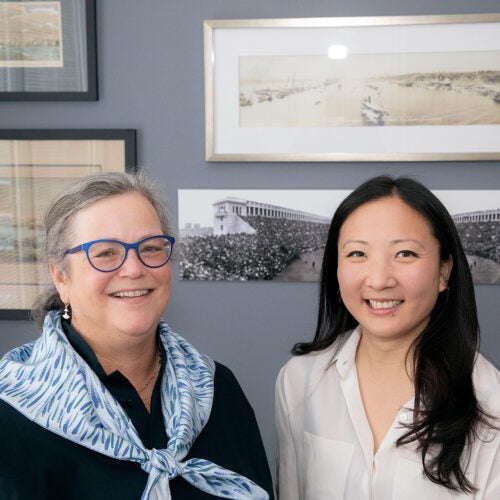