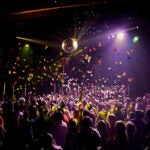 In 2012, Nobel Prize-winning novelist Toni Morrison took the stage in Sanders Theatre and spoke to a rapt audience about goodness, altruism, and the literary imagination.

On that same stage Thursday afternoon, Harvard Divinity School (HDS) paid homage to Morrison, who passed away in August.

Davíd Carrasco, Neil L. Rudenstine Professor of the Study of Latin America at HDS, who knew Morrison as both a friend and colleague, gave the keynote address during “Toni Morrison Stories: Goodness and Mercy and Mexico.” He spoke of Morrison’s quest to confront the evils of racism and place goodness and mercy at the heart of her writings and teachings.

Through five stories of Morrison, Carrasco shared five lessons: she was a reader before and while she was a writer; racism is a cosmology that is programmed into people through practice; her imagination was open to crossing borders; she wrote out of joy and responsibility — especially to black women; and goodness and mercy were in her writings.

Carrasco recounted the stages of Morrison’s interest in exploring the racial unconsciousness in American thought and literature, especially in the writings of Herman Melville, Edgar Allan Poe, and Ernest Hemingway. He explained that Morrison appealed to students to read more widely and deeply, something she not only preached, but practiced.

“During all the years she was a writer she read social history, art history, literary method, political theory, history of religion, anthropology, and feminism,” he said. “Her multidisciplinary reading meant she was never a static author, never writing the slight variation on the same theme again and again.”

Punctuating Carrasco’s stories of Morrison were clips from the film “Toni Morrison: The Pieces I Am,” which was released earlier this year.

Cornel West, HDS professor of the practice of public philosophy, also spoke about his work and friendship with Morrison. He called her “a black metaphysician who understood that if you want to understand anything about what it means to be human and what it means to be modern, sooner or later you’re going to have to come to terms with the great tradition of a people who were enslaved and Jim Crowed and thoroughly hated, but taught the world so much of love. Love of wisdom. Love of goodness. Love of God. Love of truth.”

Morrison had strong ties to Harvard University. She received an honorary degree in 1989, was awarded the 2007 Radcliffe Institute Medal, spoke during the inauguration of former President Drew Faust in 2007, and delivered the Charles Eliot Norton Lectures in 2016.

The lively event paid tribute to Morrison not only through stories, but also with music, singing, and acting.

Music was used poignantly during the event to pay tribute to Anne E. Monius, professor of South Asian religions at HDS, who died this summer. Monius was at work on a book about Bob Marley and religion, and she was remembered with the playing of Marley’s “Three Little Birds.”

The event, which also served as HDS’s Convocation, included a welcome from Dean David N. Hempton.

“This Convocation is indeed a celebration of life, of courage, of the language of freedom, and new beginnings,” said Hempton.

Ramona Peters, a Wampanoag elder, opened the event by welcoming new students to their location on the ancestral lands of the Massachusett, Nipmuc, and Wampanoag peoples.

“We as Wampanoag people have hosted many a traveler from far-off lands who have come to find their own personal medicine, their spiritual medicine to help them grow. They take that and go back to their homelands and bring it to their people,” she said. “So I’m welcoming you here, on behalf of the Wampanoag people, and hope that you find your medicine.”

West ended the event with a blessing.

“Let us go forth with a spiritual fortitude and a moral determination, especially young students, to leave this world just a little better than you found it so that the afterlife of not just Sister Toni, but Sister Anne, too, is at work in our lives. Let’s keep the love and justice going.” 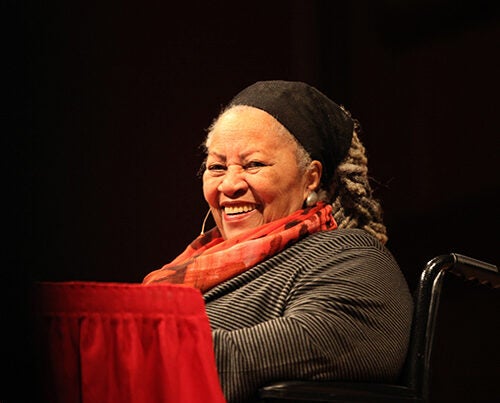 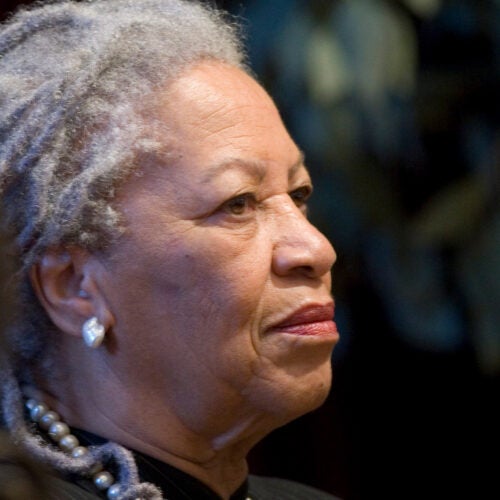 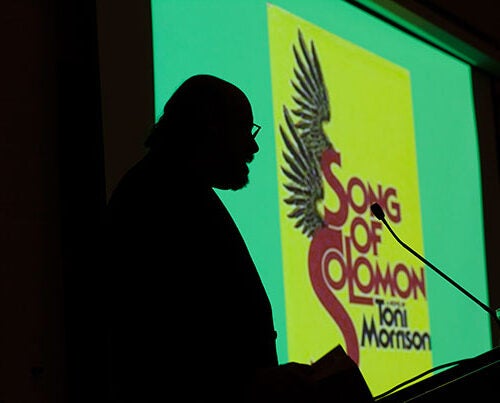