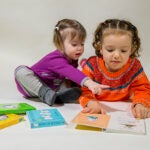 Nobel Prize-winning novelist to give six talks at Sanders Theatre

Toni Morrison, one of America’s most distinguished literary voices and the first African-American woman to receive the Nobel Prize, will deliver the Charles Eliot Norton Lectures this spring at Harvard.

The overarching theme of Morrison’s six lectures is “The Origins of Others: The Literature of Belonging.” The first, titled “Romancing Slavery,” is set for March 2. The talks will be held at Sanders Theatre, with the Mahindra Humanities Center serving as host.

“There is no more compelling writer for our campus and our global times,” said Homi K. Bhabha, Anne F. Rothenberg Professor of the Humanities and director of the Mahindra Humanities Center. “Toni Morrison’s writings explore slavery, racism, the violence against women, the dehumanization of minorities — all the barbarisms that are too often endured and justified in the name of civility, progress, order, and modernity. Her imaginative reach is poignant and powerful, and though she speaks as an African-American, she embodies aesthetic and ethical values that extend way beyond the U.S.”

Morrison is the 58th scholar to be given the arts and humanities honor, endowed in 1925 and officially named the Charles Eliot Norton Professorship of Poetry. She joins an illustrious list that includes Leonard Bernstein, Jorge Luis Borges, E.E. Cummings, and T.S. Eliot.

“As humanists we give careful attention to practices of interpretation because we believe that linguistic artifacts can reconstruct our perception of social reality through the layering of different levels of experience, so that a simple word or sentence suddenly mirrors a complex landscape of persons, spaces, times and meanings,” he said “Toni Morrison uses this novelistic layering to reveal the diverse moods and moments that inhabit the intimate lives of individuals, and then suddenly the public world — things, objects, communities — comes alive with a new breath.” 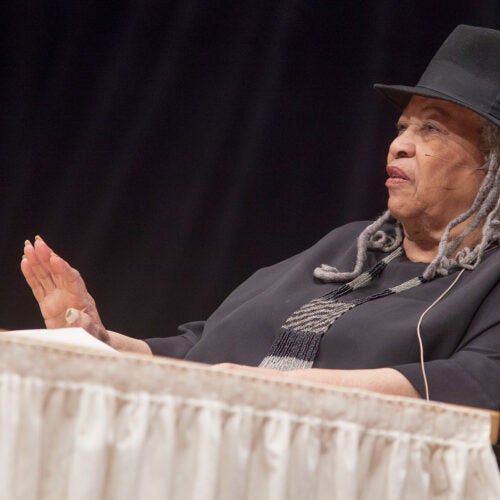 Born in Lorain, Ohio, Morrison, who turned 85 two weeks ago, didn’t publish her first novel, “The Bluest Eye” (1970), until she was nearly 40. Praise for her magnificent, poetic writing on black experiences was immediate, and would only grow. “Beloved” (1987) was awarded the Pulitzer Prize. In 1993, she became a Nobel laureate.

Though best known for her fiction, Morrison has also written for the stage. In 2012, she was honored with the Presidential Medal of Freedom.

Bhabha, who has known Morrison since the 1990s, remembers a late-December dinner at her home where the novelist asked guests to write their “most deeply sought wishes” for the coming year.

“Like the reigning deity that she is, she led us into the depths of her dark garden where she crumpled our secret wishes, one by one, and buried them in the earth,” he recalls. “I remember thinking, ‘This has never worked before for me, but if Toni buries my wish, then perhaps the odds are just a little bit better.’”

Morrison’s Norton Lectures, all at 4 p.m., are “Romancing Slavery” (March 2); “Being and Becoming the Stranger” (March 8); “The Color Fetish” (March 9); “Configurations of Blackness” (March 22); “Narrating the Other” (April 11); and “The Foreigner’s Home” (April 12). The lectures are free, but require a ticket, available the day of the event at Sanders Theatre, or online with a processing fee.