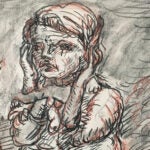 Steven Levitsky, the best-selling author of  “How Democracies Die,” co-authored with Daniel Ziblatt, has been named faculty director of the David Rockefeller Center for Latin American Studies at Harvard (DRCLAS).

The center brings together in a multidisciplinary fashion all the work that is being done at Harvard from the Law School to the Medical School to the Faculty of Arts and Sciences. It also has offices in Santiago de Chile, Brazil and Mexico to further the bridges of understanding among the Americas.

Levitsky is also David Rockefeller Professor of Latin American Studies and professor of government. His research focuses on democratization and authoritarianism, political parties, and weak and informal institutions.

Levitsky has written or edited several other books, including: “Transforming Labor-Based Parties in Latin America: Argentine Peronism in Comparative Perspective;” “Competitive Authoritarianism: Hybrid Regimes after the Cold War” with Lucan Way; “Informal Institutions and Democracy: Lessons from Latin America” with Gretchen Helmke; and “The Resurgence of the Latin American Left” with Kenneth Roberts.

He is currently writing a book with Lucan Way on the durability of revolutionary regimes.

Since his doctoral studies at the University of California Berkeley, Levitsky has traveled to and written about Latin America — often for Latin American audiences — publishing regular columns in Peru’s La República  and Brazil’s Folha de São Paulo.

He has discussed Latin America and beyond in the New York Times, Foreign Affairs, Vox, The New Republic, and The Monkey Cage.

His courses, including “Comparative Politics in Latin America,” often introducing students to Latin America for the first time. He serves as faculty advisor to the Harvard Association for Cultivating Inter-American Democracy.

Levitsky, who became director on Sept. 1, is the fourth faculty director of DRCLAS. He was preceded by John H. Coatsworth, Merilee Grindle and Brian D. Farrell.