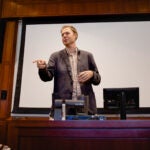 Social psychologist Robert Livingston has spent decades studying racism and advising businesses and nonprofits how to confront it in their workplaces. In a new book, “The Conversation: How Seeking and Speaking the Truth About Racism Can Radically Transform Individuals and Organizations,” the Harvard Kennedy School lecturer in public policy argues that racism can be battled with constructive dialogue. The Gazette recently spoke to Livingston about what fuels his optimism and how people can help bring about meaningful change.

GAZETTE:  Why is conversation so critical to building racial equity?

LIVINGSTON:  Very early on in my career I thought you could change people’s minds if not hearts by just providing them with accurate information. With greater wisdom that I’ve garnered over the 20 years I’ve been doing this work, I’ve found that social relationships provide a portal for facts to be received and digested by people. And without that, people often build walls to insulate what they currently believe to be true. And I think relationships provide an opening within that wall for maybe a different perspective to enter.

GAZETTE:  What are some examples of that?

LIVINGSTON:  An empirical example is a 1950s study involving a group of women who volunteered at the Red Cross, serving meals to people in need. The researchers wanted to convince the women to serve more organ meat — heart, kidney, livers — and gave them information about the nutritional value of doing that. There were two groups of women. Both got the same information, but one group was allowed to talk about it among themselves. They found that 10 times as many women from the group that talked about the information started serving the organ meat than those from the other group. To me, the study demonstrates the power of conversation, what happens when you have information plus human connection. It’s what Bryan Stevenson refers to as proximity, that the human relationship factor is much more likely to result in real change in how people see the world, do things, or behave.

A personal example was a workshop I gave to a group of police officers. I provided them all kinds of information, hard data on bias in society, bias in their own minds, including a body-camera study, which found that even for the same infraction police officers treated white offenders differently than Black offenders. During the presentation, the department’s one Black officer broke down emotionally, because all of this really hit home for him. It was only at that moment that the white officers really started paying attention and really believed this racism thing. I thought, this is really irrational that they’re being convinced by [one officer’s story] and not by the multitude of evidence pointing to the same things. And then I thought, “Aha, they’re people, not computers.” Computers just respond to data input, but people respond to people. Nothing’s going to change until we start talking, until we become socially connected with each other. You have to have conversations, but they have to be grounded in facts, not whims or unfounded notions.

GAZETTE:  Why is talking about racism difficult for so many people?

LIVINGSTON:  I think there are three reasons. One is that it’s not a comfortable thing, which means for some people it’s not a pleasant thing. Another is that many people, especially white people, are afraid of saying the wrong thing, so they don’t know how to have the conversation. And then the third factor is that some people just don’t care. In my book, I make a distinction between what I call “ostriches” and “sharks.” Ostriches are people who want to bury their heads in the sand and just ignore the truth. Sharks know the truth, but their job is to dominate and exploit. For them the conversation has no utility because its purpose is to rectify the injustices that currently exist. If you’re in favor of the injustices because your goal is to create a racial hierarchy where you’re on top, talking about it is a waste of time.

GAZETTE: How do you break through?

LIVINGSTON:  I’ll start with the discomfort. People are afraid of conflict in these kinds of conversations. But research has shown that conflict can actually be productive, if it’s the right type of conflict. Task-based conflict is when people disagree about the best course of action. And person-based conflict is when you say, “I think you’re an idiot for [arguing that viewpoint].” So try to focus on the problem and not the person. The second thing is to engage in conversations with curiosity and not with certainty. Research shows it’s much more productive to be in what is called inquiry mode versus advocacy mode. What you’re trying to do in these conversations is either to discover what the truth is — by asking questions — or to discover a common ground. And you can’t do that if you’re too deeply entrenched in your own convictions or ideological position.

GAZETTE:  How do you motivate companies and organizations to see uprooting racial inequity as an essential task?

LIVINGSTON:  It’s not my job to convince them this is something that they should be doing. What I’m looking to do is help companies that want to move the needle to actually be successful in moving the needle. Why should companies do it? Because it’s part of their mission or core values. Many companies have missions and core values that say, “We are an inclusive company that welcomes everyone,” but they realize they are not living up to their ideals. It can also be good for business — though I would recommend they not put all their eggs in the business basket. The third motivation is the collective interest: If we had more social justice, everyone would enjoy better quality of life.

GAZETTE:  Inevitably, progress on racial and social justice leads to backlash. Are we in that moment now and what is the best way to respond to it?

LIVINGSTON:  The first thing to realize is that not everyone wants social justice. I’ve alluded to this with my shark metaphor, that there are some people highly invested in inequality. So for some, there is going to be backlash. And then there are some people who are apathetic. They’re not invested in justice or injustice. They’re kind of the swing voters. The third type are people deeply invested in social justice. Part of the challenge is neutralizing the relatively small percentage of sharks. I think what’s happened now is that social norms have been changed such that the sharks have been enabled by the huge chunk of apathetic people. In times of justice, swing voters side with the pro-justice people. And during these kinds of times, they’re saying, “OK, we’ll go with the anti-justice people.”

Regulating behavior may require different approaches for different people, using carrots, sticks, or appealing to their better angels, depending on how invested in justice someone is. Another approach is to establish stronger cultural norms about what is appropriate and inappropriate — I think what’s really gone downhill the last few years are those social norms. The third strategy is establishing actual policies with real sanctions that hold people accountable for behaviors that are counter to established norms or actual laws. Storming the Capitol was illegal, regardless of how people perceived the norms, so perpetrators will be held accountable.

GAZETTE:  After this year of racial reckoning, many people sincerely want to do something about racism but are unsure where to start. What do you advise?

LIVINGSTON:  The very first thing people can do is to gain a deeper understanding of the problem, much the same way that a doctor will do a deep diagnosis. Many people don’t want to do that because it takes a lot of time, and they want the quick fix. Or, like some patients, they are overconfident in assuming that they already understand the problem. The second is we need a bit of self-diagnosis, to understand: “How am I contributing to the system and what is my own level of concern?” For white people racism presents a dilemma whose trade-offs they have to manage. I’ll use a plane analogy to explain what I mean. A study by [Harold M. Brierley Professor of Business Administration] Michael Norton showed that there is more air rage on planes where coach passengers have to walk though first class, because they feel humiliated and diminished. Therefore flying in first class creates a dilemma for me.

Racism by definition gives you unearned privilege in the same way riding first class gives you comfort, while harming people. So it’s a dilemma for white people. People say, “I really don’t want racism, but I really don’t want to give up my first-class seat.” If you want a change you’re going to have to wrestle with that in your own heart and soul.

The third step is actually focusing on behaviors and not attitudes. Sometimes people put too much emphasis on implicit bias. What’s really important is your action and not your attitude.

The final thing is to focus on changing the social norms and the institutional policy. When you see racism occurring, say something. Speak out. That will change the norm. And through activism or voting behavior, for example, you can impact larger policies. 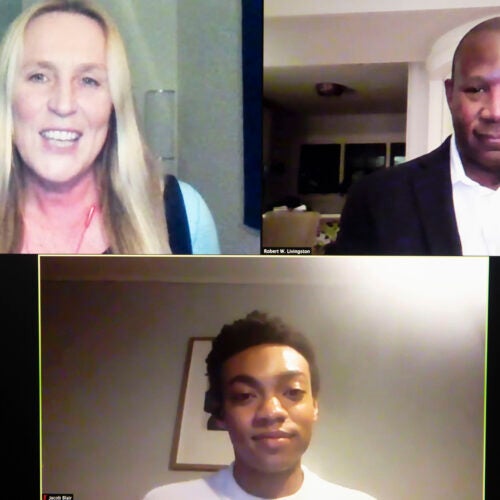 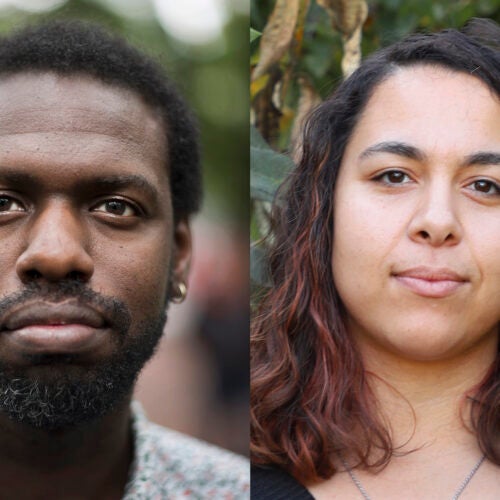 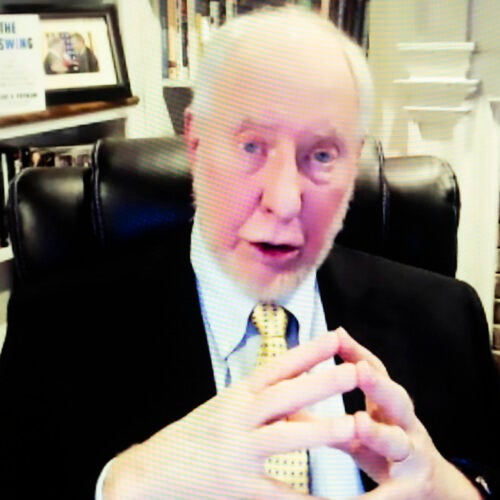 GAZETTE:  You have been advocating for racial equity for many years. What gives you optimism now?

LIVINGSTON:  I think it’s important to realize that factually speaking, racism is a solvable problem. The question is: Will it actually be solved? My job and what gives me optimism is helping translate racism from a solvable problem to a solved problem. What is the process, the journey by which we can move it from being solvable, which is an objective truth, to being solved, which is an uncertain outcome that may or may not arrive? I think it’s in our hands as people. That’s not foolish optimism. That’s just a fact. And so then the question is how. That’s what my book focuses on. The final question is whether we will do it or not, which remains to be seen. But that’s what gives me optimism, it’s knowing that it can be done.