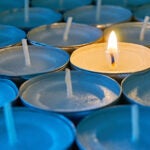 In Dan Barouch’s lab, many researchers have not taken a day off since early January, and virtually all are working nearly seven days week to develop a vaccine that could help end the coronavirus pandemic.

“Everybody wants to contribute to this global crisis as best they can,” said Barouch, director of the Center for Virology and Vaccine Research at the Beth Israel Deaconess Medical Center and professor of medicine at Harvard Medical School.

The team hopes their work will be worth it. There is cause for optimism.

And the push by Barouch’s group is far from the only one out there. There are currently more than 40 in development around the world, according to the Milken Institute, an independent economic think tank in California. The approaches are varied, but all involve training the body’s immune system to recognize and remember the virus and produce antibodies to fight the disease.

Most of the work at Harvard is in its early stages and includes a number of different vaccine methods. Barouch’s lab at Beth Israel is the first to move toward clinical trials so far.

Like everyone working on this, “We want to move as fast as we possibly can, because we think the world needs a vaccine,” said Barouch ’93, M.D. ’99 . He co-leads the vaccines working group at Harvard’s Massachusetts Consortium on Pathogen Readiness and is also a steering committee member of the Ragon Institute of MGH, MIT, and Harvard.

A project at the Cambridge biotech Moderna uses the virus’ genetic code to trigger an immune response. It began clinical trials in Seattle on March 16 and was produced in just 63 days. Andrea Carfi, Moderna’s head of research, co-leads the vaccines working group at the consortium with Barouch.

Barouch’s lab began working on two vaccines right after scientists from China published the gene sequence of the coronavirus. It’s been a frenzy since.

That first weekend, the team quickly identified the protein spike as the target region for a vaccine — the coronavirus gets its name from the crown-like spikes on its surface. By Monday, Jan. 13, they had designs for vaccine constructs and created synthetic viral genes. At the end of the month, the lab started a collaboration with Janssen using one of the company’s approaches. Basically it involves transporting an adenovirus that causes a common cold, coated with coronavirus antigens, into cells to stimulate the immune system to produce antibodies. By Feb. 6, the group started testing the vaccines in animals.

Barouch’s lab was able to work so quickly on this method because it has spent the past 15 years working on HIV and, more recently, Zika vaccines using the same approach. The hospital has collaborated with Janssen on vaccines in the past.

In mid-February the lab began collaborating with the Chinese Center for Disease Control and Prevention on their other vaccine strategy. That one is DNA-based. Like RNA vaccines, it uses the genetic material of the virus to produce an inoculant that mimics it, helps the body identify it, and create antibodies to fight and neutralize it.

At the Precision Vaccines Program (PVP) at Boston Children’s Hospital, Director Ofer Levy, professor of pediatrics at HMS, and other researchers — including David Dowling, an HMS pediatrics instructor — are working toward developing age-specific vaccines.

“Most vaccine development disregards species specificity or aid specificity during the preclinical phase,” Levy said. “We’re turning the process on its head. We’re saying who most suffers from coronavirus? It’s the elderly. We take elderly white blood cells, blood donations, test them outside the body, stimulate them with different small molecules called adjuvants [which are added to a vaccine to boost the recipient’s immune response], and then find out which would work best in an elderly individual.”

The group hopes to build a vaccine targeting infants, as well. “Infants can get infected and can have bad outcomes, but also they can spread the infection to others,” Levy said.

Their work is supported by National Institute of Allergy and Infectious Disease.

In the labs of Mahmoud Nasr and Gerhard Wagner, the Elkan Blout Professor of Biological Chemistry and Molecular Pharmacology at HMS, researchers have just started work on what’s called a subunit vaccine. In these vaccines, scientists only use the essential antigens from a virus, said Nasr, a principal investigator in the renal division and division of engineering in medicine at Brigham and Women’s Hospital.

Wagner and Nasr hope to create a vaccine where several copies of the coronavirus spike proteins are placed in large phospholipid nanodiscs that can elicit a strong antibody response by mimicking the large number of spikes of the virus and their position in a membrane. It has been shown that presenting numerous antigens on a membrane environment produces a stronger response than using non-membrane-bound proteins. This method will likely require adjuvants and multiple doses to elicit a strong enough immune response that provides long-term immunity.

At Harvard’s Wyss Institute for Biologically Inspired Engineering, researchers hope to create bioactive material that cues a stronger immune response against the coronavirus. They hope the vaccine both kills the virus in infected individuals and helps uninfected individuals develop longer-lasting immunity without the need for additional boosts. Led by David Mooney, a Wyss core faculty member and the Robert P. Pinkas Family Professor of Bioengineering at Harvard John E. Paulson School of Engineering and Applied Sciences, the team previously created cancer vaccines that prompted the immune system to attack and destroy cancer cells. Other efforts at the Wyss focus on diagnostics and therapeutics.

“We want to move as fast as we possibly can, because we think the world needs a vaccine.”
— Dan Barouch

In a related effort, researchers at HMS’s Blavatnik Institute and at the Brigham hope to use an antibody-detection tool called VirScan — which they adapted to recognize antibodies for the novel coronavirus in people’s blood — to help scientists working on vaccines identify which viral antibodies the immune system best responds to and which don’t affect the virus.

“[VirScan] can help you follow a vaccine to see how well it’s making antibodies and what kinds of antibodies,” said Stephen Elledge, the Gregor Mendel Professor of Genetics and of Medicine at HMS and Brigham and Women’s, who developed the tool in 2015 with two Ph.D. candidates in his lab. “A lot of the antibodies you make are just useless. They don’t do anything to the virus or hurt the virus and they don’t help it. They’re just neutral. They’re there. Sometimes they even make it easier for the virus to get into certain cell types … The idea would be that you would try to remove them from the vaccine, because they’re competing with the neutralizing antibodies in the vaccine just as much as they would be with the actual virus.”

While he hopes this effort takes off, Elledge’s primary focus is on using VirScan as a post-infection tool to study the outbreak’s true extent, lethality, and epidemiology, and learn how the virus affects the immune system.

For Barouch, having multiple coronavirus vaccine-related efforts are crucial, since no one group has all the expertise and each vaccine will have pros and cons. 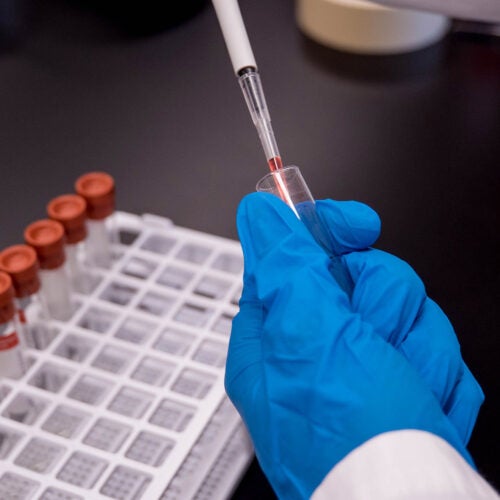 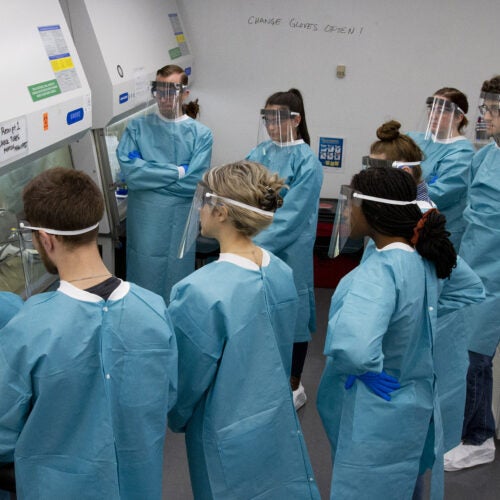