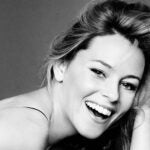 Elizabeth Banks chosen as Hasty Pudding’s Woman of the Year

Ben Platt’s Grammy, Tony, and Emmy awards will be making room for a Pudding Pot on Friday after he receives the Hasty Pudding Theatricals’ Man of the Year award.

Platt, 26, perhaps best known for his Tony-winning turn in “Dear Evan Hansen,” is the youngest man  to receive the Pudding Pot in Hasty Pudding’s 54-year history.

“We’re thrilled to honor Ben Platt as our 54th Man of the Year because of the incredible impact he has had on Broadway and in Hollywood at such a young age,” said Hasty co-producer Natalie Needle. “Ben has had a remarkable career as an actor and musician. We are also avid musical theater fans, so we are very excited for him to watch our production,” added co-producer Samantha Meade.

The Hasty Pudding Theatricals’ Man and Woman of the Year Awards are presented annually to performers who have made lasting and impressive contributions to the world of entertainment. The Man of the Year award was established in 1967. Its past recipients include, among others, Clint Eastwood, Tom Hanks, Robert De Niro, Harrison Ford, Justin Timberlake, Robert Downey Jr., Joseph Gordon-Levitt, and Robin Williams.

Platt is currently filming season two of “The Politician,” a popular Netflix series by Ryan Murphy on which Platt is the executive producer. Season one earned Platt a Golden Globe nomination for best lead actor in a comedy. He will soon be starring alongside Beanie Feldstein in the film adaption of the Stephen Sondheim musical “Merrily We Roll Along,” directed by Richard Linklater.

Platt’s 2019 debut album, “Sing to Me Instead,” along with a new single, “Rain,” were performed to a sold-out crowd in Radio City Music Hall. The concert was filmed for a Netflix special being released this spring.

On the big screen, Platt is known for his role as Benji Applebaum in Universal Pictures’ franchise “Pitch Perfect” and “Pitch Perfect 2.” (This year’s Woman of the Year, Elizabeth Banks, made her directorial film debut with “Pitch Perfect 2.”) Platt also starred in “Ricki and the Flash” alongside Meryl Streep. His newest film, “Broken Diamonds,” has a 2020 release date.

Platt made his Broadway debut as Elder Cunningham in the Broadway production of “The Book of Mormon.”  But it was his role as the title character in “Dear Evan Hansen” that won him the 2017 Tony award for best leading actor. He also won the Drama League Award for distinguished performance . “Dear Evan Hansen” also won the Tony for best musical, and the cast recording took home the Grammy for best musical theater album.

The Man of the Year festivities, presented by Related and Equinox/SoulCycle, will be held Friday. The Hasty Pudding Theatricals will host a celebratory roast for Platt and present him with his Pudding Pot at Farkas Hall, the Pudding’s historic home in Harvard Square since 1888. A press conference will follow the roast at 8:30 p.m. The troupe will perform “Mean Ghouls,” its second production featuring both men and women in the cast.

To purchase tickets to the Hasty Pudding Theatricals’ 172nd production, “Mean Ghouls,” contact the box office at 617-495-5205, email tickets@hastypudding.org, or order online at www.hastypudding.org/buy-tickets. The show will be performed at Farkas Hall at 12 Holyoke St. from Feb. 7-March 8. The company then travels to New York to perform at the Kaye Playhouse at Hunter College on March 13 and 14, followed by performances on March 18-20 at Hamilton City Hall in Bermuda. 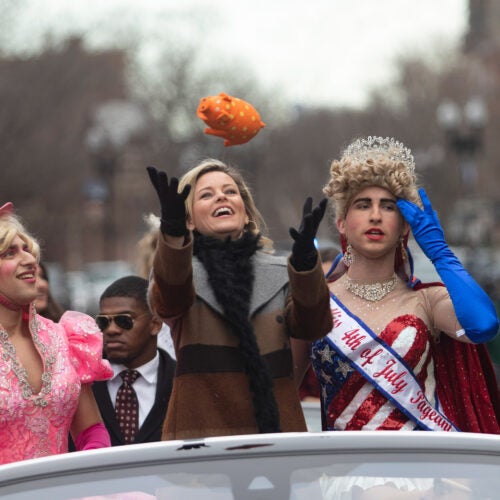