In the crosshairs of an academic crackdown 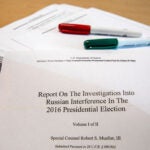 Sociologist Amy Austin Holmes thought she was safely under the radar in Cairo. She was wrong.

It was a straightforward proposal and seemingly benign research topic. In 2016, as a newly tenured associate professor of sociology at the American University in Cairo (AUC), Amy Austin Holmes — now a visiting scholar at the Weatherhead Center — was thrilled to receive a grant to analyze the impact of the new, restrictive NGO law on civil society across Egypt, whose government had become increasingly autocratic under the rule of military strongman President Abdel Fattah el-Sisi. At the time, she had no reason to believe her work was being tracked by state intelligence.

Each of her five associates would study a different group or region of the country, with her own focus being the Nubians in the south. She was drawn to the culture and history of the Nubians because of their similarities to Kurds, another group that was central to her scholarship.

Descendants from an ancient civilization in the Sudan, Nubians have lived in the border area between Sudan and Egypt for thousands of years, though dam construction along the Nile forced their relocation several times in the 20th century. Holmes knew that as an African ethnic group, the Nubians had been “Arabized,” or forced to relinquish their language and indigenous identity, like some of the Kurdish groups she had studied.

Two major political developments affecting the Nubians had occurred in recent years, and she wanted to study the impact these changes had on the community.

In 2013, after a military coup removed the democratically elected Mohamed Morsi and appointed an interim president and suspended the constitution he’d signed into law the previous year, a new version of the constitution included an article promising Nubians the right to return to part of their traditional homeland in Egypt within 10 years. It was a surprising and unprecedented gesture that hinted at a possible new period of liberalization.

But in 2016, under el-Sisi, a new law was drafted forbidding NGOs to accept foreign support, a move that would hamper civil organizations — including those that served the Nubians.

By the time Holmes embarked on her Nubian research, the climate was fraught, since a protest law had been put into place even before the NGO law. “They made it illegal to protest … and all of these horrible things started happening,” she said. “Disappearances, and the mass death sentences.”

Using the grant approved by her university, in February 2017 Holmes traveled south from Cairo to Nasser El Nuba, a Nubian resettlement village, to conduct interviews. Several months after her visit, the political climate for Nubians began to heat up.

That September, Nubians in Aswan staged a peaceful protest calling for the “right of return” promised in the new constitution. In response, Egyptian security forces again cracked down on protesters. They detained two dozen prisoners for two months — culminating in the death of a detainee named Gamal Sorour, who had previously been the head of the General Nubian Union in France, a human rights organization.

“The state-controlled media accused the Nubians of being separatists,” says Holmes. “But the irony is that the Nubians are not separatists; they are asking for what’s been granted to them in the constitution.” (The Kurds in Syria, she points out, also are not asking for independence — a fact often misrepresented by the media.)

A scholar is labeled an “operative”

Despite not publishing or writing anything about her visit to the Nubian resettlement village, in the spring of 2018, news articles and television reports began to appear referencing Holmes’ visit, which had taken place more than a year earlier. The reports — published just before el-Sisi was declared the winner of the elections — suggested Holmes was an operative, intent on internationalizing the Nubians’ cause. And she was able to pinpoint their source.

“Military intelligence wrote a report and sent it to the media outlets, who literally copied and pasted from the military intelligence report into their articles,” Holmes says. To her dismay, her home university, AUC, did nothing to publicly defend or clarify her work. So she defended herself — and called out the racist campaign against the Nubian minority in a piece she wrote for The Washington Post.

Being targeted by Egyptian state-controlled media was a shocking signal, she said, and it ultimately led to her decision to extend a sabbatical in the U.S. that started in early 2018 out of concern for her safety.

Holmes, who is also a fellow at the Woodrow Wilson International Center for Scholars, notes the irony of her situation. “I was one of the first academics to write [critical] commentary about the devastating Rabaa massacre in 2013, and nothing happened to me. Four years later I am interviewing Nubian minorities in the south of Egypt and I’m labeled an agent.” The only independent university in Egypt, AUC continues to be silent on the incident.

Challenges of studying minorities in the Middle East

Today, as a visiting scholar at the Weatherhead Center, Holmes is working under a yearlong grant to continue the research she began in Egypt, and is writing a book about her experiences. Her fieldwork has allowed her to see patterns across the minority groups she studies.

“I was interested in the Nubians because I saw a lot of comparisons to the Kurdish issues I had been studying,” she said. “Both groups are non-Arab minorities living in Arab countries being repressed by centralized governments and forced to ‘Arabize.’”

But it was her interest in Nubian history and culture that apparently attracted the attention of el-Sisi’s intelligence agents.

Holmes is all too aware of the fates of other scholars and journalists in the region. In 2015, an Egyptian court sentenced her AUC colleague Emad Shahin to death in a mock trial while he was out of the country. Italian graduate student Giulio Regeni, a visiting scholar at AUC who was researching Egyptian labor unions, was tortured to death in Cairo in 2016. Several more of Holmes’s colleagues at AUC have been detained or barred from  returning to the country once they leave.

Overall, her experience underscores the difficulties of studying minorities in the Middle East. “All over the region,” she said, “I see the crackdown on journalists and academics as two sides of the same coin.”

The roots of authoritarianism in the Middle East

To explain the authoritarianism sweeping the region, Holmes goes back to the birth of these nations.

“The 1950s and 1960s were the height of pan-Arabism that emphasized the homogeneous nature of the newly independent states such as Egypt and Syria,” she said. “It was a rejection of colonialism by saying, ‘We are all one Arab people and have to be united.’ A strong military played a very important role as an institution, and that is where the autocratic governments emerge from.”

Her research on the crackdown on civil society illustrates the nature of Egypt’s slide toward authoritarianism.

“The reason I find this anti-NGO law so fascinating is because I think it shows that el-Sisi is not just targeting those people who are clearly critical of the regime, but also now the groups that provide basic services, or even work to defend the government’s own laws,” she explains. “To me it says that the regime is so paranoid and afraid of independent initiatives from civil society, regardless of the political orientation, that anything that smacks of independence from the state is a threat.”

For now, Holmes will remain in the U.S. to work on a book under contract with Oxford University Press. The tentative title is “Coups and Revolutions: Mass Mobilization, the Egyptian Military, and the United States from Mubarak to Sisi.” She is writing articles and giving talks about the semi-autonomous region of northeastern Syria that is under control of the Syrian Democratic Forces, a U.S. ally that now holds about one-third of Syrian territory.

Weatherhead Center visiting scholar Amy Austin Holmes is an associate professor of sociology at the American University in Cairo. She is also a fellow at the Woodrow Wilson International Center for Scholars.

For the read the full story, visit the Weatherhead website.