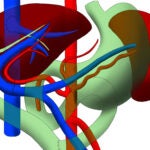 Nearly a sixth of LGBTQ adults have experienced discrimination at the doctor’s office or in another health care setting, while a fifth say they have avoided seeking medical care out of fear of discrimination, according to a recent poll.

That combination, in a population that commonly experiences discrimination and even violence in their day-to-day lives, can lead to a cascade of health ills, experts say. People who experience discrimination, for example, have been shown to have an increased risk of heart disease, and that risk can be raised further by skirting routine medical care. 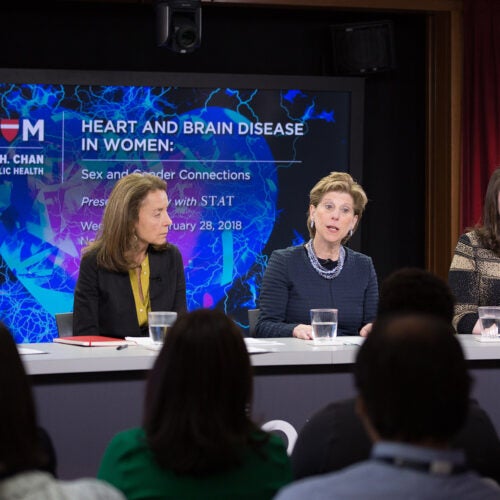 Experts in Harvard Chan School discussion say research, treatment need to be more sensitive to differences between men and women 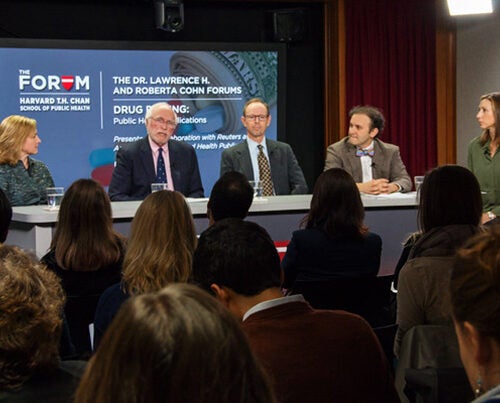 The solution, according to panelists at a session sponsored by the Harvard T.H. Chan School of Public Health, involves gathering more data to help identify specific health needs of the lesbian, gay, bisexual, transgender, and queer (LGBTQ) population, along with educating health professionals so they better understand that there are differences in care needs, and that ignoring them can do damage.

“There’s a ton of research, including by my colleagues here at Harvard — David Williams in particular — showing that experiencing discrimination is associated with a whole range of negative health outcomes,” said Logan Casey, research associate at the Harvard Opinion Research Program. “So if you’re experiencing this discrimination on such a widespread scale and it’s having all these negative health impacts and then on top of that you’re not going to a doctor … that is going to compound the effects of discrimination.”

The forum, “Health in the LGBTQ Community: Improving Care and Confronting Discrimination,” featured Casey; Kenneth Mayer, co-chair and medical research director of the Fenway Institute; and Sari Reisner, assistant professor of epidemiology at the Harvard Chan School. Wednesday’s panel was moderated by Joe Neel, science correspondent and deputy senior supervising science editor at NPR. It was co-sponsored by the Harvard Chan School and NPR.

The poll by the Harvard Chan School, NPR, and the Robert Wood Johnson Foundation examined the experience of discrimination in several populations, including LGBTQ adults. It found that discrimination is a common feature in their lives, with 57 percent saying they’ve been subject to anti-LGBTQ slurs and 53 percent to offensive comments about their identity.

“We see these extremely high numbers of interpersonal violence being reported by members of the LGBTQ community,” Casey said.

Within this population, Casey said, there are further disparities based on race. Black LGBTQ people had higher rates than whites of discrimination on the job and in interactions with police, and more often avoided calling police when in need because they were concerned about discrimination. Infectious disease rates are higher as well, Reisner said, with an estimated 50 percent of black transgender women suffering greatly from HIV.

Awareness of the differing health needs of the LGBTQ community is rising, panelists said. The National Institutes of Health has made the community a priority population for research into health disparities, which include an increased risk of adverse health outcomes at two to five times that of the general population, according to Reisner.

Panelists agreed that more data is needed on the health care needs of the LGBTQ population. They said questions about sexual orientation and gender identity should be added routinely to surveys to help illuminate those needs.

Mayer said one of the biggest hurdles this population faces involves how unprepared most medical professionals are to take care of them — despite a push to improve the health care industry’s “cultural competence” and better understand the everyday lives and pressures on ethnic and minority patients.

“The biggest challenge is that the health care system is woefully unprepared to take appropriate care of LGBTQ people,” Mayer said. “It’s a dawning idea that needs to gain traction, that there’s also a whole field of sexual-gender minority health that providers need to have an understanding of.”

Though providers often are reluctant to ask patients questions about sexual preference for fear of embarrassing them, Mayer said a recent survey said that 90 percent of patients don’t share that fear. A simple open question on registration forms — “Do you have sex with men, women, or both?” — can give a physician information and help establish communication that might prove important in understanding and treating health needs.

One reason for optimism, said Neel, is that medicine has “a learning attitude,” meaning many physicians — once they become aware that a need exists — extend effort to better care for patients, whatever their background.

Mayer said doctors may be motivated to educate themselves if it is emphasized that failing to ask about and consider sexuality isn’t just a missed opportunity to provide better care, but could be a prescription for worse care.

“I’m optimistic,” Mayer said. “The hook, and it’s the right hook for providers, is you’re going to do a better job providing patient care. Did you really go into this profession to do a bad job? I think if we can get people to understand that, that will help turn things around.”