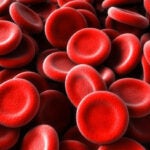 American patients benefit from new miracle drugs, but also pay high prices for medicines that are barely better than far cheaper, existing drugs, and people often don’t know the difference, according to experts speaking at a Harvard public health forum.

“Americans are simultaneously getting ripped off with drugs and getting tremendous value, and we don’t know which is which,” said Steven Pearson, president of the Institute for Clinical and Economic Review and a lecturer at Harvard Medical School (HMS). “That has to change.”

The panelists agreed during Friday’s session that the current system makes it difficult to understand the value of a drug, both clinically and economically. Getting a clear grasp on that is a critical step in reigning in rapidly rising drug costs.

“We can all admit we are not going to pay $1 billion if a drug extends life one month, but we will if it costs $100,” Pearson said.

The event, held by The Forum at Harvard T.H. Chan School of Public Health, followed recent press reports of seemingly unreasonable drug prices. The pharmaceutical company Turing announced in September that it would increase the cost of a drug to treat toxoplasmosis from $13.50 per tablet to $750, sparking a widespread outcry. That came as patients, physicians, and policymakers were already questioning other high prices, such as a cancer drug that costs $150,000 per year and a cystic fibrosis drug priced at $300,000 a year.

Aaron Kesselheim, director of the Program on Regulation, Therapeutics, and Law at Harvard-affiliated Brigham and Women’s Hospital, said that specialty drugs for smaller populations of patients make up a large part of the increase. These drugs account for 30 percent of costs even though they are just 1 percent of prescriptions.

Panelists said America’s pharmaceutical landscape — including its cost structure — is no accident. Lawmakers created it with an eye toward encouraging innovation. To that extent, panelists said, the system has worked, and there are some truly revolutionary drugs on the market now, such as the cancer fighter Gleevec, said Lowell Schnipper, chair of the American Society of Clinical Oncology’s Value in Cancer Care Task Force.

“As a doctor, I want new drugs. Some of these are nothing short of miraculous,” Schnipper said. “Gleevec has transformed lives.”

At issue is not just the cost of drugs in the United States, but also the comparative cost of the same drugs abroad. The same drugs cost between twice and six times as much here, but panelists said that simply changing laws to allow patients to order drugs from overseas wouldn’t solve the problem. Instead, they said, systemic changes are needed domestically, driven by a better understanding of the relationship between a drug’s clinical benefit and its cost.

They also cautioned that not all high-priced drugs are a poor value. Schnipper compared Sovaldi, a pricey drug that cures hepatitis C — freeing patients from a lifetime of suffering — and cancer drugs that cost the same but give patients just a few months of life. Despite its cost, the fact that Sovaldi does such a good job against hepatitis C may make it worth it the hefty price.

“The contrast is shocking, and it needs to be addressed in a formal way,” Schnipper said.

While Kesselheim agreed that Sovaldi may be worth the $84,000 for a treatment course, he said it’s also true that, benefit or no, the drug’s cost is out of reach for many.

Meredith Rosenthal, professor of health economics and policy at the Harvard Chan School, said that, though well-intentioned, proposals to shield patients from drug costs by capping copayments are counterproductive, at least from the standpoint of controlling costs. Patients need to have frank discussions with their physicians about cost versus clinical value in order to have a voice in how their health care dollars are spent, she said.

One alternative, Rosenthal said, would be to implement a strategy of reference pricing, in which drugs are compared to standard treatments and costs for them go up or down depending on effectiveness, side effects, and other factors. Patients would be free to choose the more-expensive drugs — if, for example, the side effects are more tolerable — but the price difference would come out of their pockets. A benefit of this approach, Rosenthal said, is that it would encourage physicians and patients to talk about value, a conversation that now happens too rarely.

Another suggestion was to lift the ban on Medicare negotiating the best price for drugs. Medicare’s size and negotiating power might allow it to drive drug prices lower than desirable from a long-term viewpoint, stifling continued innovation. State legislatures have also gotten involved, introducing bills that would require pharmaceutical companies to be more transparent about the cost of developing drugs, something panelists weren’t sure would effectively drive costs down.

Pearson suggested reforms that could be done within the current system, saying that drugs priced by their clinical value could be given preferential treatment, perhaps by requiring no copayment, or allowing physicians to prescribe them without getting prior approval from an insurance company. Those medicines deemed priced out of line with their value could have a higher copayment or require that doctors have a greater level of authorization in approving them. Another approach, at the federal level, could allow regulators to extend the period of exclusivity granted to drug companies if a product is effective and properly priced. That would stave off competition from generics and allow pharmaceutical manufacturers more time to profit from effective drugs.

“This conversation is long overdue in our health care system,” Kesselheim said.