A ‘virtual dinner’ where the chefs are invisible 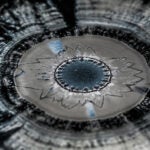 Scientists show how microbes feed us

What makes bread rise, or sour cream, sour? What turns grapes into wine, or milk into cheese? What makes coffee drinkable and chocolate wonderful?

“All of these processes happen because of microbes — key players in not only what we love and enjoy, but what we also need to survive,” Roberto Kolter, Harvard Medical School professor of microbiology and immunobiology and director of its Microbial Sciences Initiative,  told 70 guests at the “Invisible Chefs” lecture at the Harvard Ed Portal in Allston last week.

“When you are eating your food, you are appreciating it and digesting it thanks to microbes,” Kolter said. “Tonight, we are going to talk about how microbes craft delicious foods, and then we are going to taste them.”

Everything we eat contains microbes. They are the invisible farmers, invisible chefs, and the invisible digesters that, through different processes, have supplied Homo sapiens with essential nutrients since the beginning of our existence, Kolter said.

“We are completely covered with microbes, inside and out; they are everywhere and we can’t live without them,” said co-lecturer Pia Sörensen, senior preceptor in chemical engineering and applied materials at the John A. Paulson School of Engineering and Applied Sciences. “Everything on this planet is based on the activities of microbes, so it’s no surprise that the food we make and eat is microbial.”

Kolter said the process begins in the soil, which is full of microbes that enable things to grow.

“When you see food emerging from earth, we can only see the plant that emerges. But every grain in fertile soil has been produced through the action of microbes, the tiny little cells that are impossible to see,” Kolter said.

Interestingly, animals that consume grass for survival cannot healthily digest grains because those completely change the microbial environment in their stomachs, and make them sick. Different microbes specialize in different end results, and their activity determines how food is digested, Kolter explained.

“You may have heard that grass-fed animals are really very important, but you may not know why,” he said. “It’s not just a myth that we should eat pasture-fed meat. We get a very different product because of the microbes changing so dramatically.”

Anthropologists argue that one of the things that makes us human is that we cook our food, altering the composition of microbes and thus our ability to digest them.

“One consequence of cooking food with heat is that it kills both the good and harmful microbes, and in my speculation, we became less resistant to what our dogs and cats can eat,” Kolter said. “They have the right microbes in their guts that can tolerate all this, and pets are able to protect themselves.”

It turns out that microbes, like humans and all other living things, must eat to survive, and, again like humans, in the process they cook and they generate waste products. But unlike humans, microbes grow and reproduce in a matter of minutes, and they do it without utilizing oxygen. What makes that directly relevant to cooking, said Kolter, is that their waste products create fermentation.

Fermentation is a chemical breakdown that occurs without the presence of oxygen. Fermentation gives many of our favorite foods their flavor, texture, and aroma. There are two types of fermentation — alcoholic fermentation that produces wine, beer, and bread, and lactic acid fermentation, seen in yogurt, sauerkraut, and pickles.

“Probably everyone today eats or drinks fermented food, everything from bread, cheese, coffee, pickles, and olives to yogurt and salami,” said Sörensen. “It’s very prevalent and the diversity of flavors you can get with microbes is huge.

Sörensen said fermenting foods also harnesses good microbes’ potential to do appetizing things to food, and keeps harmful microbes from coming in and destroying it. In fact, in the late 19th century, the fermentation process involved in wine was believed to increase our life span, and vintners touted slogans such as “Wine is the healthiest and most hygienic of all drinks.”

Audience members were asked to taste microbial foods, including bread, cheese, olives, wine, coffee, and chocolate. Kolter asked his “dinner guests” to close their eyes before sipping the wine and try to determine if they were drinking red or white, because it is actually the visual characteristics that help us distinguish between them.

It is not just wine that can fool even the most careful connoisseurs, Kolter said. Sometimes the fermentation process itself is mysterious. He cited chocolate and coffee, two foods that start as inedible seeds but, with microbes’ help, turn yummy.

“We understand the primary fermentation processes in cheese and alcoholic beverages. It is well-characterized and fairly easy to control,” he said. “But with coffee and chocolate production, after you pick the beans they are simply left alone, and fermentation occurs over time before you can eat them.

“We don’t truly understand it, nor can we fully replicate it yet.”

Betsy Burkhardt of Cambridge, a biologist who had just returned from a cheese tour of France, said she came to the lecture to learn more about the symbiotic relationship of microbes and food.

“In France, I learned all about blue cheese and how the microbes — the mold — grows,” she said. “It’s the mold that has the flavor, so when you slice the cheese you have to cut it so that everyone is able to taste it.”

Robert Schaeffer of Allston had a different agenda.

“When I saw there was a food-tasting related to microbes, it occurred to me that this is something to learn more about,” he said. “Knowing microbes are in our food, it now makes me know what I’m eating.”

“Invisible Chefs” was a precursor to the HarvardX course “Cooking with Microbes,” available in late 2018. The currently available HarvardX course “Science & Cooking: From Haute Cuisine to Soft Matter Science” teaches the underlying scientific principles of food.

Kolter’s work with microbiology photographer Scott Chimileski, “World in a Drop: Photographic Explorations of Microbial Life,” is currently on display at the Harvard Museum of Natural History, 26 Oxford St.