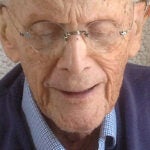 Harvard is the leading producer of Fulbright Scholars for 2013–2014, with 44 students — 32 from Harvard College and another 12 from the Graduate School of Arts and Sciences (GSAS) — receiving the prestigious grants to conduct research or teach abroad.

“Typically, we hover between 12 and 18 Fulbrights each year, so 39 is a huge number,” said Gregory Llacer, director of the Office of Undergraduate Research and Fellowships. “It’s the first time that I know of that Harvard has been the top producer.

“I read all the proposals, and was very impressed with the quality of the academic research they were doing. To receive a Fulbright, you have to make a compelling case to go to a particular destination to do research, and I thought the students were quite successful in doing that.”

“For graduate students, the Fulbright is a critical professional accomplishment,” said Cynthia Verba, director of fellowships in the Graduate School of Arts and Sciences. “They are intensely focused on a particular part of the world and on a particular question or hypothesis they are investigating, and a Fulbright can lead to a dissertation, and in many cases, to a publishable work that allows them to share their findings with a wider population.”

Created by Sen. J. William Fulbright in the late 1940s, the scholarship program was intended as a sort of cultural exchange, giving American students and scholars an opportunity to study or conduct research abroad, while providing citizens of other countries the chance to do the same in the United States. The hope was that the exchange of people, knowledge, and skills would foster understanding among nations.

The program annually provides more than 8,000 grants to people in more than 150 countries. More than 300,000 scholars have participated in the program, with the U.S. total topping 114,000. The support is a once-in-a-lifetime opportunity for winners.

“I could not be more excited!” said Tyler Logigian, who plans to teach English in Brazil. “I received news of my Fulbright via email, while making some final edits to my senior thesis in Widener’s Loker Reading Room — the boost from the good news really helped push me through that last week of thesis work.”

For Jacob Hutt, who is using the Fulbright to study how Israel’s Law of Return has affected Cuban expats, the scholarship is a chance to study legislation in an up-close-and-personal way before he returns to the United States to attend law school.

“Receiving a Fulbright was very humbling,” he said. “This work is an extension of research I completed in Cuba for my honors senior thesis in social studies, and I believe there’s no better preface to understanding the rules, motivations, and goals of how law is formulated and implemented in my country than by seeing how it has been done somewhere else, with both successes and failures that the U.S. has never experienced.”