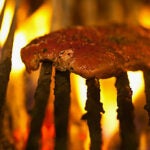 Individuals addicted to prescription painkillers are more likely to succeed in treatment with the aid of the medication buprenorphine-naloxone (Suboxone), report McLean Hospital and Harvard Medical School researchers in Monday’s online edition of the Archives of General Psychiatry.

“Adjunctive Counseling During Brief and Extended Buprenorphine-Naloxone Treatment for Prescription Opioid Dependence,” is the first large-scale study to address treatment of prescription opioid addiction. According to lead author Roger Weiss, chief of the Division of Alcohol and Drug Abuse at McLean Hospital, most studies examining treatments for opioid dependence have been done with heroin-dependent patients at methadone clinics, resulting in the lack of data on treatment for patients addicted to prescription painkillers, especially in the offices of primary care doctors.

“Despite the tremendous increase in the prevalence of addiction to prescription painkillers, little research has focused on this patient population,” said Weiss, a professor of psychiatry at Harvard Medical School. “This is notable because recent data tell us that the use of prescription painkillers for nonmedical reasons is 20 times more common than heroin and 50 percent more people seek treatment for prescription drug abuse than for heroin.”

Part of the National Institute on Drug Abuse (NIDA) Clinical Trials Network, this is the first randomized large scale clinical trial for the treatment of prescription opioid abuse, involving 10 sites nationwide and more than 600 treatment-seeking outpatients dependent on prescription opioids and either taking more than prescribed or using them illicitly. Each participant received Suboxone — a combination of buprenorphine, which alleviates opioid withdrawal and craving, and naloxone, which prevents abuse if the drug is not taken orally as prescribed — in conjunction with standard medical management, in which physicians evaluated treatment effectiveness and recommended abstinence and self-help participation. Fifty percent of study participants also received additional more intensive individual addiction counseling.

According to Weiss, 49 percent of patients benefited from Suboxone during a 12-week course of the medication. However, once the medication was discontinued, patients had a high rate of relapse. Monitored in four-week increments, individuals showed an increasing rate of relapse the longer they remained off Suboxone. Another interesting finding, noted Weiss, was that neither having chronic pain, nor participation in intensive addiction counseling affected the participant’s success rate.

“We were surprised by some of these findings because there was an overall assumption that this population — those who have had little to no exposure to heroin — would do better in terms of not needing long-term medication intervention,” said Weiss. “It is clear that given the prescription drug abuse epidemic, we need to continue to look at the viability of longer-term use of Suboxone and whether it can continue to provide sustained recovery from addiction to pain medications.”

According to the National Survey on Drug Use and Health, an estimated 1.9 million people in the United States meet abuse or dependence criteria for prescription pain relievers.  In addition, the Centers for Disease Control and Prevention report that annually, more people die from prescription painkiller overdoses than from heroin and cocaine combined.