Scientists to be honored for discoveries in metabolism, diabetes 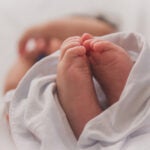 Three scientists will receive the 2020 Warren Alpert Foundation Prize on Thursday, Oct. 1, for pioneering work in the field of metabolism.

The researchers elucidated the role of gut hormones, their effects on metabolism and informed the design of treatments for type 2 diabetes, obesity and short bowel syndrome. The work of Holst, Habener and Drucker propelled the field forward and enabled the design of several new classes of disease-altering treatments.

The three scientists identified a family of glucagon-like peptides in the 1970s and 1980s and since then have led the field of metabolism research, with studies that went from bedside observations to the lab bench and back to the clinic. The discoveries — spanning research in cells, animals and humans — culminated in the development of at least three classes of new medications.

The award recipients are:

The honorees will share a $500,000 prize. The Warren Alpert Foundation, in association with Harvard Medical School, honors scientists whose work has improved the understanding, prevention, treatment or cure of human disease.