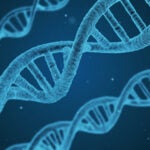 Current experimental approaches in Medicaid programs — including requirements to pay premiums, contribute to health savings accounts, or to work — may lead to unintended consequences for patient coverage and access, such as confusing beneficiaries or dissuading some people from enrolling, according to a new study from Harvard T.H. Chan School of Public Health.

The study was published online June 20, 2018 in Health Affairs.

“There’s been a lot of recent research showing that expanding Medicaid leads to improved access to care and better quality of care — which suggests that any expansion will be better for public health than not expanding,” said Benjamin Sommers, associate professor of health policy and economics at Harvard Chan School and lead author of the study. “But our findings suggest that some of the benefits of expanding Medicaid may be at least partially compromised by some of the current innovations in use.”

Under the Trump administration, which has prioritized increased flexibility for state Medicaid programs, some states have been experimenting with new approaches. Most recently, the Centers for Medicare and Medicaid Services (CMS) approved proposals from Kentucky, Arkansas, and Indiana for the first-ever work requirements in Medicaid, and other states, including Kansas, have expressed interest in following suit.

The researchers sought to assess views about new Medicaid approaches in three Midwestern states with different policies: Ohio, which has a traditional Medicaid expansion without premiums and with minimal cost-sharing; Indiana, which expanded Medicaid coverage in 2015 but which requires enrollees to pay premiums and contribute to health savings accounts; and Kansas, which did not expand Medicaid and where only very poor parents and disabled adults are eligible.

The researchers conducted a telephone survey in late 2017 of 2,739 low-income adults in the three states. The survey gathered respondents’ views on health insurance, access to and quality of care, financial well-being, experiences with the Affordable Care Act (ACA), health savings accounts, work requirements, and private vs. public insurance coverage.

Funding for the study came from the Commonwealth Fund and the REACH Healthcare Foundation.