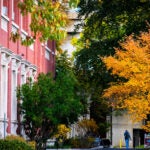 Light served on the HBS faculty for more than four decades. He loved being in the classroom and engaging with his students (including after they graduated), was a gifted case writer and course developer, and generously mentored junior faculty colleagues. As dean, Light led HBS through some of the most momentous and challenging times in its history. In 2008, as the global economic crisis unfolded, Light acted swiftly to strengthen the School’s financial structure. Ever the teacher, he mobilized a group of HBS faculty experts in finance and economics to spur research into the causes of the crisis, generating seminars as well as new course materials and courses that provided a deeper understanding of risk management, financial regulation, and changes in the capital markets.

Nitin Nohria, University Distinguished Service Professor who served as dean following Light, noted, “Jay gave me the best gift a new dean could ask for: a School well-positioned for the future. Moreover, he was a trusted adviser and sounding board. His dedication to the School ran deep and, in everything he did, he was a true servant leader.”

Light joined the Business School faculty in 1970 after earning his doctorate from Harvard’s joint program in decision and control theory. He quickly made his mark as an effective and gifted teacher and an innovative course developer. Just two years into his appointment, he was the first faculty member to receive the new Excellence in Teaching Award for his work in the first-year MBA Program. He delighted in interacting with students as much as they enjoyed learning from him, and this connection continued long after they graduated — with many counting Light as the person who most shaped their HBS experience and influenced their careers. Seth Klarman, M.B.A. ’82, CEO of the Baupost Group, noted, “Jay was a wonderful friend and valued mentor. He was always willing to listen and then share an insight or perspective. His kindness and generosity of spirit had no limit.”

Similarly, Jamie Dimon, M.B.A. ’82, chairman and CEO of J.P. Morgan Chase & Co., said “Jay was my teacher at HBS and he earned tremendous respect from his students. He was strong and analytical, yet with a big heart and great character — a force of nature, but in a subtle way.”

Light’s contributions to HBS were broad and deep. Larry Summers, the former president of Harvard who appointed Light as dean, said, “Light understood that HBS and Harvard were bigger than any of us, and that making them better was important work — but that to do it, one had to see them clearly. He loved HBS and saw it so clearly. That is why he made it so much better as dean.”