In Congress, lawmakers narrow in on big tech policy 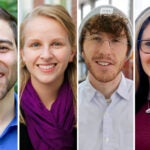 Technology has reached a critical juncture in American society. The unfettered optimism of recent decades is now tempered by rising concerns over privacy and security, the impact of disinformation campaigns, and increasing calls for digital accountability. It is clear that the 116th Congress will face pressure to shape technological innovation through policies that protect and serve the best interests of their constituents.

A new report from two projects at Harvard Kennedy School — the Technology and Public Purpose (TAPP) Project at the Belfer Center for Science and International Affairs and the Platform Accountability Project at the Shorenstein Center for Media, Politics and Public Policy — provides new insights into the key tech policy challenges facing national legislators. Among them, Congressional members face gaps in governance authority and coordination which stem from the disruptive nature of the digital marketplace and new business models. The authors propose that Congress launch a concerted effort of hearings to increase awareness and knowledge on the issue, hold companies accountable to the public interest, and inform the American people.

The report is based on a March 21 workshop hosted on the Hill.

At the outset of the event, Former Secretary of Defense and Belfer Center Director Ash Carter emphasized the responsibility that policymakers have in shaping emerging technology. By drawing parallels to other “disruptive tech” from the past, such as nuclear technology, Carter stressed the historic opportunity to shape today’s technology for the human good: “Once invented, it can’t be undone.” Secretary Carter proceeded to lay the groundwork on how case studies from other revolutionary communication technologies, such as the postal service, telegraph, radio, and telephone, can provide insight into the existing toolbox of self-regulation, antitrust, and regulatory solutions.

The panelists explored the multitude of issues at play in the big tech space, namely competition, content accountability, privacy and security, accessibility, and protection of civil rights and liberties. However, the panel expressed concern over issue identification. “It always worries me that we are addressing the symptoms and not the malady,” said Clyburn. As part of their discussion, the speakers debated whether market shortcomings related to key issues of democracy could be emanating from the fundamental economics of digital platforms, as well as big tech’s underlying business model, which centers on user data exploitation.