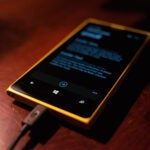 It’s harder for students to think straight during a heat wave, study finds

On  June 23, the stormy weather held off just long enough so transit drivers from schools across New England could compete in the inaugural Harvard University Collegiate Bus Roadeo. Modeled after the American Public Transit Association [APTA] International Bus Roadeo, the course was constructed at the Harvard Business School parking area and covered about two football fields.

Fifteen professional drivers, who typically shuttle students, faculty, and staff, maneuvered a 35-foot transit bus through obstacles and challenges such as rows of cones just barely wider than the bus itself.  Drivers also had to navigate through tight s-curves, back their vehicle into difficult spaces, and finish with a 25 mph dash through two rows of barrels, many of which didn’t survive unscathed.  Watch all the action and see the winners in this video.

“All of the contestants and volunteers made the 2018 Collegiate Bus Roadeo a terrific success,” said Jim Monahan, associate director for Harvard’s Transit and Fleet Management.  “It was great to see transit drivers from 5 colleges and universities participating and next year we hope to make it even bigger.”  Schools included Harvard, Yale, University of New Hampshire, University of Massachusetts, and Boston College.  The purpose of the event is for drivers to display their precision driving skills, emphasize the importance of safety, create camaraderie between schools, and in the end to have fun.

The Roadeo began with a rendition of the national anthem performed by two Middlesex County corrections officers.  Afterward, the drivers walked the course with Richard “Doc” Daley.  Daley is the immediate past chairman for APTA’s International Bus Rodeo and he provided expert advice on setting up and validating the course.  Then, one-by-one, the drivers got behind the wheel and maneuvered their way through the obstacles and collected points along the way.  The third place finisher was Edward George from the University of New Hampshire while second place went to Harvard’s own Densis Pena.  The winner of the event was Richard Clifford of Harvard.

“It’s nice to see camaraderie between the drivers.  Everybody was there to have fun, connect over a common passion, and cheer each other on,” said training coordinator Barbara Godin from the University of New Hampshire.  “We take pride in our industry and the services we offer, and that shows in events like this.”

David Harris Jr., Harvard’s director of Transit and Fleet Management, presented the awards and added “this year’s event is the culmination of hundreds of volunteer hours, two trips to the annual APTA Bus Roadeo, and the top down support of the Harvard Administration.  Thank you to everyone who participated and we look forward to seeing everyone next year!”