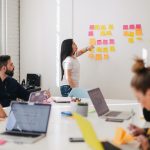 Harvard professor Eugene Demler was awarded this year’s Hamburg Prize for Theoretical Physics by the Joachim Herz Foundation, the Wolfgang Pauli Centre, and the University of Hamburg.

The prize, which is awarded for outstanding research achievements in theoretical physics, goes to Demler for his work on quantum fluids and solids, and especially for his contributions to the study of ultracold atoms in optical lattices.

“With Eugene Demler, we are honoring a researcher this year who has rendered outstanding services to the application of his theoretical work in experimental physics,” said Henneke Lütgerath, chairman of the executive board of the Joachim Herz Foundation. “His thoughts have provided many important impulses for the development of new materials.”

Demler is a professor of physics at the Harvard Department of Physics and is a highly original and creative theoretician with broad interests and outstanding expertise in different  areas of modern condensed matter physics and quantum optics. He is a member of the Harvard-MIT Centre for Ultracold Atoms and the Institute for Theoretical Atomic Molecular and Optical Physics at the Harvard-Smithsonian Center for Astrophysics.

Other awards Demler has won include the 2006 Johannes Gutenberg lecture award from the Mainz Graduate School, and the Humboldt Research Award in 2015. That same year, he was elected as a fellow of the American Physical Society and became a Distinguished Scholar at the Max Planck Institute for Quantum Optics in Garching near Munich. He is currently a visiting Professor in the Physics Department at ETH Zurich.

The main focus of Demler’s work has been understanding collective properties of quantum matter across many microscopic systems. His work has had impact on areas ranging from quantum magnetism to superconductivity, nonlinear quantum optics, quantum simulators based on ultracold atoms, and pump and probe experiments in solids.

“The rapid progress in the field of quantum simulators came from close collaboration between theory and experiment,” Demler said. “Cold atom experiments have revealed many new physical phenomena already, but the field stays as dynamic and exciting as in its early stages. I am grateful to the experimental physicists at Harvard and around the world for many stimulating discussions and fruitful collaborations. And most of all, I am grateful to several generations of students and postdocs in my group, who should really get all the credit for the work recognized by the Herz foundation. They were equally enthusiastic about pursuing pie-in-the-sky theoretical ideas and understanding the nitty-gritty of experiments.”

The Hamburg Prize for Theoretical Physics has been awarded to researchers since 2010 and is one of the most highly endowed physics prizes in Germany.

Demler will accept the prize at the Hamburg’s physics institutions international symposium in November.