Why nuclear fusion is so exciting 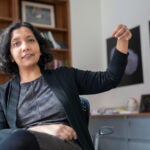 The Lawrence Livermore National Lab in California last week achieved fusion with a net energy gain, the U.S. Department of Energy reported on Thursday. That is, by focusing 192 giant lasers on a bit of frozen deuterium and tritium, the lab’s National Ignition Facility created a reaction that produced more energy than it used, a threshold called “ignition.” The long-sought result is a major breakthrough in nuclear fusion, with exciting, if still very far off, implications for renewable energy. We asked Adam E. Cohen, a professor of chemistry, chemical biology, and physics, to explain what happened and why it matters. The interview has been edited for clarity and length.

GAZETTE: What is fusion?

COHEN: Fusion is the process of colliding light nuclei with each other to form heavier nuclei. This process can release huge amounts of energy as the nuclei combine.

GAZETTE: It sounds like what the scientists did was smash two hydrogen isotopes together to make helium, which has slightly less mass. But how does that create energy?

COHEN: Einstein taught us more than a century ago, in his famous formula e = mc2, that you can convert mass into energy. So a little bit of the mass of the hydrogen isotopes that are getting fused together goes into energy, which comes out of this reaction.

GAZETTE: Why doesn’t it just stay as mass? Why aren’t there just extra bits of mass flying around?

COHEN: Mass comes in discrete chunks, and if you add up the mass of a helium and the neutron that comes flying out too in this process, there’s a little bit of a difference. Another way of thinking about it is that helium has two protons and two neutrons, and those protons and neutrons are bound to each other. They stick to each other very hard, very strongly. And when the hydrogen isotopes fuse to make that helium nucleus in the process of them sticking to each other, that releases a lot of energy. They attract each other, just the way the north and south pole of a magnet might attract each other. And as they smash into each other, they release a lot of energy.

GAZETTE: Is this how the sun works?

COHEN: It’s a slightly different reaction in the sun, but that’s also a fusion reaction. It’s the basis of the sun, and it’s the basis of thermonuclear weapons — hydrogen bombs. The hope is that we can make this reaction happen on a scale which is controllable enough to be useful for people.

GAZETTE: Aren’t there dangers involved in this kind of experiment?

COHEN: The experiment itself is not really dangerous. Unlike nuclear fission, fusion is hard to do. If you get enough radioactive material together in one place, it will spontaneously undergo fission and you can get runaway reactions. Fusion is very hard to get going: the atomic nuclei of the hydrogen isotopes are positively charged, and we know that like charges repel each other. And so it’s very hard to get those nuclei close enough together that the attractive interactions can take over, and that they can actually undergo this reaction. You really have to squeeze them very, very hard at high pressures and get them moving really fast at high temperatures in order for there to be any chance of fusion starting. If you take away the drive, if you take away the lasers, the whole thing stops.

On the other hand, the neutrons that come out of a fusion reaction can react with materials they hit to produce low-level residual radioactivity. It’s not a completely clean technology. There is some amount of radioactive waste produced.

GAZETTE: But this is still an overwhelmingly positive development, correct?

COHEN: It’s a great one. It’s an amazing piece of physics, and it shows that, as a community, our understanding of the physics of fusion is sufficiently advanced that we can predict and achieve these reactions under the controlled conditions of the National Ignition Facility.

The hopes that this will somehow be relevant for the human energy supply on Earth are still a really long way off. The primary purpose of the National Ignition Facility is not actually renewable energy; it’s around stockpile stewardship. It’s around how we maintain and keep track of our arsenal of hydrogen bombs. Given that we are no longer testing them, we have to make sure that they’re safe and that we understand how they work. So the primary purpose of the facility is really for simulating the conditions in those bombs and understanding the physics there.

GAZETTE: Are we anywhere near this research being applicable?

COHEN: The short answer is no. It’s not scalable as currently implemented. So just to give you a sense of the scale — the energy released in this shot was about three megajoules. Three megajoules of energy is about the energy you would get from eating a jelly doughnut, about 500 kilocalories. So, 500 kilocalories is a lot, but this is a multi-billion-dollar facility and it can fire one of these shots every eight hours. This is nowhere near what you would need in terms of throughput for actually producing useful quantities of energy.

GAZETTE: This is the first time that scientists have produced a net energy gain — aka “ignition” — from a fusion reaction, right?

COHEN: People talk about how this reaction for the first time produced more energy than went into it. But this really depends on how you do the accounting. It’s a little bit like passing water from hand to hand — at every step along the way, you lose a little bit. In this case, there was more energy released from the reaction than in the photons in the light that went into compressing and heating this capsule.

But if you look at the electrical energy that was used to drive the lasers to produce that light, that was vastly more than the energy that was released in the reaction, and if you imagine trying to build an actual power plant, then you would have to take the heat and the neutrons that were released from this reaction and use them to make steam and use that steam to power turbines. You’d get losses along the way there, too. So you would need several hundred-fold larger increases in output of the reaction in order for it to be actually net positive when you look at the whole system as opposed to just locally around the reaction. 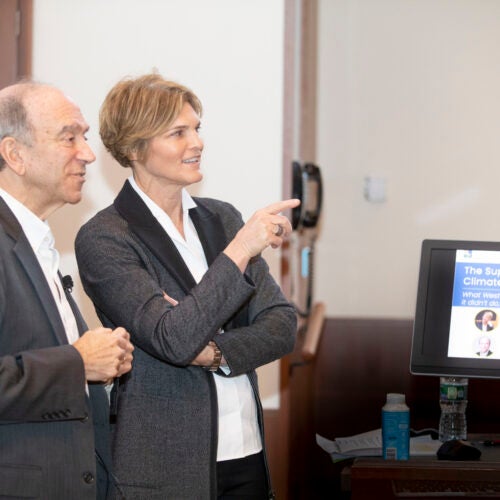 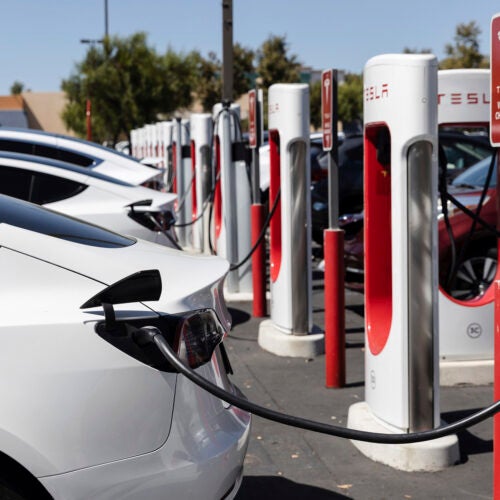 Expert welcomes aggressive move toward electric vehicles, but sees one ‘huge mistake’ policymakers need to avoid and a surefire way to anger drivers 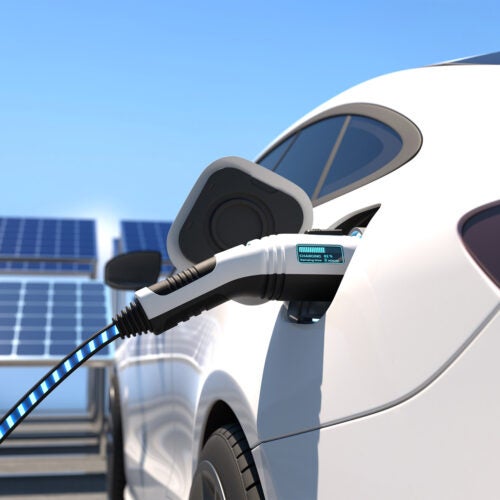