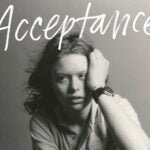 How ‘cult of grit’ masks myths about U.S. society

Expert welcomes aggressive move toward electric vehicles, but sees one ‘huge mistake’ policymakers need to avoid and a surefire way to anger drivers

Last month, California regulators passed rules banning the sale of new gas-powered cars by 2035, a move hailed as a significant victory in the fight against climate change. The Gazette spoke with Henry Lee, director of the Environmental and Natural Resources Program at the Harvard Kennedy School and an expert on electric vehicles, about the ruling. Lee said that California’s action is not without challenges, but that a shift in the nation’s largest auto market has the potential to pull much of the country along with it. The interview has been edited for clarity and length.

GAZETTE: How important is this move in fighting climate change?

LEE: The ultimate goal is to decarbonize the transportation sector. That means passenger vehicles, freight vehicles; that means ships, airplanes. California’s rule is certainly a positive step, but what’s interesting is that more and more consumers are asking for electric cars. Demand outdistances supply right now.

GAZETTE: And that’s with new vehicles coming on the market that you might not think of as electric, like Ford’s F150 Lightning, with a couple of hundred thousand pre-orders.

LEE: An electric vehicle performs better than a gasoline vehicle, so it’s not hard to sell. The concerns have always been, first, range. The trip I take in July is 500 miles and I’m scared I’m going to run out of power halfway. Secondly: “Where am I going to charge my car?” There’s a lot of activity underway to resolve those two concerns, so I think we are making good progress.

California took a big risk [in the 1990s] when it pushed for a certain percentage of cars sold in the state to be net-zero emission vehicles. A lot of people said, “California is never going to get there; its policy is simply aspirational.” But they set up a series of interactions between the government, auto manufacturers, academics, and other interested parties to work on the technology. And they kept pushing and pushing.

GAZETTE: Do you expect other states to follow California’s recent move and ban sales of gas-powered vehicles?

LEE: I would think so. There is some pushback that the move to EVs is going too fast: maybe we should examine other technology like fuel cells or greater use of biofuels. But not all of these options get you to net zero, and we need to get to net zero faster than a lot of people expect.

GAZETTE: What are the biggest hurdles facing California?

Keep in mind that we’re talking about new cars sold in 2035. Cars last around 15 years, so it will take us to 2050 before we get rid of most of the gasoline-powered cars.

“Drivers will be willing to wait 10 to 15 minutes to charge their cars so they can drive 200 more miles. But if they have to wait much longer, they will not be happy.”

GAZETTE: More cars on the road, so more charging stations. But who builds them? Is it private industry or will this have to be supported by government?

LEE: There are three options. One is the private party. The second is the government supports a private party to do it. The third is the government does it. I think the third would be a huge mistake. Of the other two, usually I would go with the first — private party — because that way the system tends to work better. But if we have to move to electric cars in a short period, the second is going to be your best option. There’s $6 billion for charging infrastructure in the infrastructure bill, and I hope the government uses the money to incentivize the private sector to establish and operate fast-charging stations and to incentivize homeowners to install the capacity to charge their car in their garage.

GAZETTE: What changes might be noticeable over the next few years?

LEE: You will need fast charging on the interstates and the highways. Drivers will be willing to wait 10 to 15 minutes to charge their cars so they can drive 200 more miles. But if they have to wait much longer, they will not be happy. The economics of charging is based on utilization. If I own a fast-charging station, I have to occupy my chargers at least 20 percent of the time if I’m to break even. It’s a little bit of a chicken-and-egg problem. This is where the government can come in and say, “Look, we’ll protect your bottom line for the first four years and then you’re on your own.” I think that would be an effective policy, because it would allow utilization rates to grow so the station can make a profit.

I don’t think the electricity supply will be a big problem, but distribution will be. Utilities are going to have to install smart transformers in a lot of neighborhoods. If 60 percent of the cars in a neighborhood are electric and they all come home at 7 o’clock and hook up, the transformers can’t handle the surge in demand. You need a smart transformer that will be able to synchronize supply and demand and charge three of the cars between 7 and 10 p.m., then three more between 10 and 1 a.m., three more between 1 and 4 a.m., and the last batch between 4 and 7 a.m.

GAZETTE: Will there be downstream effects from the California requirement?

LEE: The technology that we really need to accelerate is less expensive and more effective battery technology. If a vehicle can get the same amount of power from a smaller battery as a larger one, it will save weight and space while improving the range of the vehicle. Battery manufacturing also emits a lot of carbon, so we should work to reduce those emissions. Third, batteries use a lot of nickel, cobalt, and lithium, minerals that are very dirty to mine — particularly the first two — and extremely dirty to process. There’s going to be pressure to develop batteries that use less nickel — or no nickel — or that don’t use cobalt. Maybe there’ll be pressure to recycle lithium instead of opening new mines. Improving battery technology should be a major focus for both the public and private sectors. 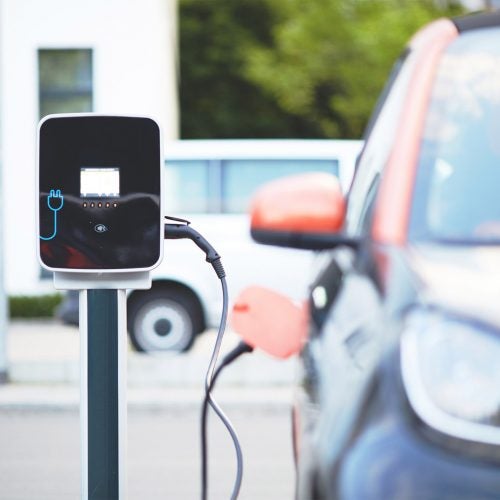 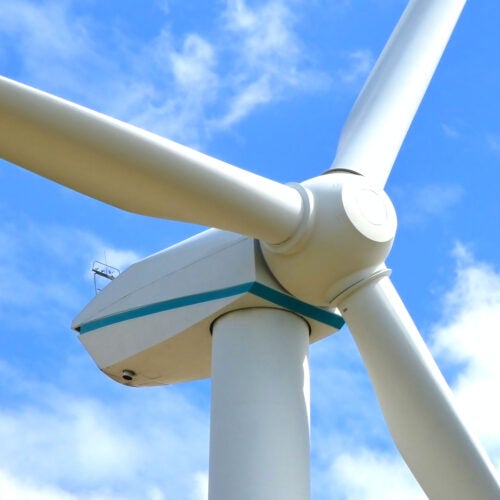 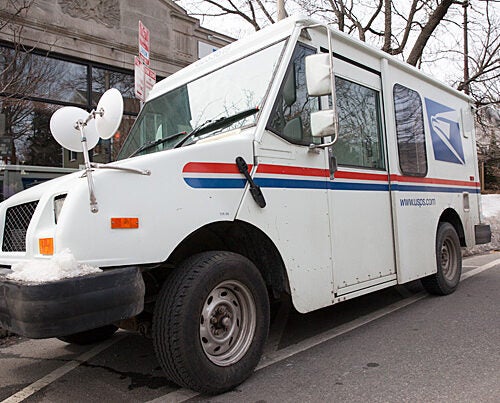