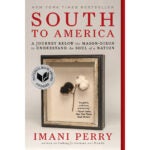 Heading South in search of the real heart of America

The Supreme Court delivered a major blow to U.S. climate change efforts in June when it struck down the Obama-era Clean Power Plan, which had for the first time set limits on carbon pollution from U.S. energy plants. Today, even though it’s just months later, two environmental law experts say the landscape looks much less bleak.

Harvard Law School professors Jody Freeman and Richard Lazarus said despite the court’s ruling that the Environmental Protection Agency didn’t have the authority to put the plan into action, there remains ample room to reduce by the dirtiest power sources’ emissions by cracking down on pollutants that the agency has clear authority to regulate, such as mercury emissions from burning coal. In addition, the pair said, the passage in August of the Inflation Reduction Act (IRA) provided a major boost to the nation’s climate change efforts, authorizing a record $369 billion in climate and energy-related spending, including investments in technology that could help the EPA achieve the plan’s goal despite the court’s ruling.

Freeman, director of HLS’ Environmental Law Program and the Archibald Cox Professor of Law, and Lazarus, the Howard and Katherine Aibel Professor of Law, reviewed the case in which the court struck down the plan, West Virginia v. EPA, during an event at the Harvard Law Library last week. In the discussion, sponsored by the Harvard University Center for the Environment, the Salata Institute for Climate and Sustainability, and the Environmental and Energy Law Program, they traced the Clean Power Plan’s roots as a fallback option, in which the Obama administration tried to do by regulation what Congress refused to legislate.

The plan said that the EPA’s power to regulate power plant emissions under the Clean Air Act extended beyond the footprint of individual plants to the states’ networked energy grids. That view would allow the agency to set limits on a state’s overall emissions and effectively force it to generate from cleaner sources, prompting the retirement of the dirtiest plants, typically coal-fired.

Though tied up in court for much of its existence, the plan’s creation indicated to the world that the U.S. was serious about taking meaningful climate action and so was a key factor in the success of the 2015 Paris climate summit, the pair said. The Paris Agreement that emerged from the summit today provides the global framework that guides nations’ emissions cutting actions.

“Paris would not have happened if you didn’t have the Clean Power Plan and the other legs of the stool,” Lazarus said, referring to the Obama administration’s other actions to address climate change, “because that was the United States saying, ‘Look, we’ve done something.’ It would never work in an international forum with the U.S. having not done anything because we were responsible for most of the stuff up there.”

Ironically, the plan’s impact in the U.S. was negligible, since it was almost immediately challenged in court and its enforcement was halted. After years of lawsuits on both sides, the Supreme Court agreed to hear the case, issuing a ruling that Freeman said was pretty close to the worst case feared by the Biden administration. The court voted, 6-3, that the EPA didn’t have the authority to make what would amount to sweeping changes to the nation’s energy infrastructure and needed to ask Congress for additional authority in order to pursue the plan.

“The court concludes there simply isn’t enough clear congressional authorization to do the thing that EPA wants to do, and this is a matter that belongs back in the hands of Congress for them to speak more clearly if they wish to authorize it,” Freeman said. “I think it was close to a crash landing. This is a very, very serious decision.”

But just months later, Freeman said, the Inflation Reduction Act passed and that may hold the seeds to achieving what the Clean Power Plan sought — a transformation of the nation’s energy grid. That’s because the Inflation Reduction Act includes tax credits for carbon capture and sequestration technology, making it cheaper, and so available to be deployed on a plant-by-plant basis and allow power generators to scrub emissions of carbon dioxide and sequester it away from the atmosphere, typically underground.

“The subsidy for carbon capture and sequestration makes EPA’s regulatory job easier and increases the chances we’ll get more stringent standards because technology now is more affordable and EPA has to consider cost when it sets standards,” Freeman said. “So there’s a real multiplier effect in the IRA. It has a regulatory booster in it.”

Once that technology is viable and readily available, the EPA could require its use, but Lazarus said it may never come to that. Instead, it’s likely that power generators would seek the cheapest solution, he said. With wind and solar prices continuing to fall, that solution may not be to add the new carbon capture and sequestration technology to existing power plants, but to shutter them in favor of cheaper, cleaner sources.

“By now, one can start to make an argument that carbon capture and sequestration are achievable. If they’re achievable, you can then place a very tough restriction on your power plant, on that assumption,” Lazarus said. 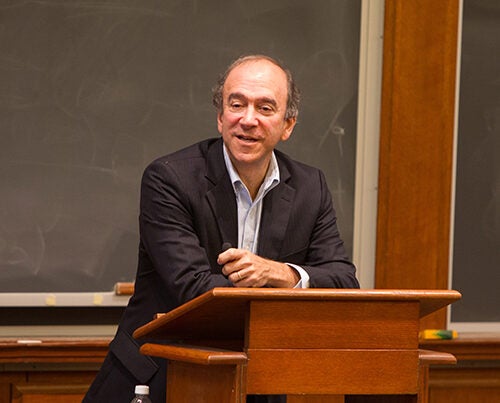