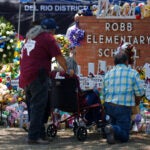 Parkland survivor Jaclyn Corin ’23: ‘We don’t want to live the rest of our days in fear’

Jaclyn Corin survived the 2018 deadly mass shooting at Marjory Stoneman Douglas High School in Parkland, Florida, and joined 27 fellow survivors to found March for Our Lives. Since the first march, just weeks after the shooting, more than 150 gun-safety laws have been passed at the state level. But Corin, who just completed her junior year at the College, says that’s not enough.

Corin’s group is organizing a summer of action to demand stricter federal gun-control laws in the wake of recent deadly mass shootings across the country, including one May 24 at an elementary school in Uvalde, Texas, that left 19 children and two teachers dead. The new campaign kicked off June 11 with marches in Washington and hundreds of cities and towns across the nation and in Europe. Corin, a 21-year-old government concentrator with a secondary in education, marched in D.C. She spoke with the Gazette before the rallies about the group’s work and how to end school shootings. The interview was edited for length and clarity.

GAZETTE: What is the goal of the marches?

CORIN: The goal is to remind our elected officials that we are not going away. Gun violence is an issue that pervades this country on an everyday basis. And though we said “never again” after the shooting at my high school in Parkland, Florida, in 2018, ultimately, we’ve seen shooting after shooting. We’re fed up, we’re angry, and we’re embarrassed, quite frankly, that this issue has not been solved. We’re incredibly embarrassed that almost nothing has been done on a federal level. The biggest thing that’s been done on a federal level was banning bump stocks, and President Trump did that.

The reality is that marches work. After the march in 2018, we did see a lot of change: More than 150 gun-safety laws in our states have passed, which have saved thousands of lives. Those range from raising the age to buy a firearm in Florida from 18 to 21, to passing extreme-risk protection orders, which are also called “red flag laws,” in Virginia, to prohibiting firearms at polling sites in Colorado. The state laws have been effective at saving lives in those respective states. However, gun safety is something that needs to be tackled on a state level but also on a national level because of the issue of gun trafficking.

“You either have to build up the courage to do something to stop the deaths of innocent children, or you eventually will lose your power in this country.”

GAZETTE: What role do you think young people have in changing our gun laws and preventing mass shootings?

CORIN: That’s a good question. I don’t think that it should come down to young people to make this change. I was 17 years old when I co-founded March for Our Lives. I was just coming out of a shooting that killed 17 people at my school. I shouldn’t have had to be responsible for this. One of the things that irks me the most about youth advocacy is that adults will look at us and say, “Wow. The kids are going to save us. This generation is going to be our change.” It’s infuriating because we all need to get together to change this. Don’t point at us like we’re the ones responsible when older generations put us in this mess.

The reality is that a lot of advocacy in this country is done by young people. I think that’s because we have our whole lives ahead of us, and we don’t want to live the rest of our days in fear. We’re the ones still in school. We’re the ones who are often targeted. Young people are uniquely creative and equipped to connect with one another, especially via social media, to organize both in-person and virtual activations that move this issue forward. I also think elected officials are often intimidated and surprised at the fact that young people care so much.

GAZETTE: What is your message to Congress, particularly to members who refuse to act on gun control?

CORIN: You either have to build up the courage to do something to stop the deaths of innocent children, or you eventually will lose your power in this country. It is incredibly selfish to prioritize taking money from lobbyists, including the National Rifle Association. It’s despicable. Their memory will be a stain on this country’s history. I hope they know most of Gen Z now is of voting age and most of Gen Z agrees with the March for Our Lives platform. Their time is running out, truly. It’s only a matter of an election or two before they’re out of office, and they’re replaced by people who actually care about stopping this issue, which is entirely preventable.

GAZETTE: There is renewed talk about increasing police presence at schools to prevent school shootings. Will that help? And, if not, what should we be focusing on instead?

CORIN: Increased police presence at schools will absolutely not help. In fact, it will only cause further violence. We’ve seen police officers fail at their supposed job to protect. There was an armed school resource officer at my school during the shooting. Guess what he did? He did not go into the building that the shooting was happening in, and he demanded outside responding police units not enter the building. That allowed a 19-year-old with a propensity to commit violence to go up and down three floors of a building and kill 17 people and injure 17 others.

We saw in Uvalde that 19 police officers were standing outside of a building while little kids were getting murdered. They didn’t do anything. The “good guy with a gun” argument is totally theoretical. The reality is that police officers are human. They have biases. They get scared. Confronting a teenager with a semi-automatic rifle who wants to kill people has to be pretty intimidating for anyone. It’s absolutely ridiculous that they sign up to do this and to save people, but don’t actually step up to the plate when the time comes.

We also know that police officers in schools only increase the school-prison nexus. We don’t need to militarize our schools any further than they already are. In fact, we should demilitarize them. We need to make schools a safe, comfortable place for all students, where they can learn and grow. The reality is that increasing police presence in schools completely ignores the fact that shootings can happen and do happen anywhere and everywhere. We’re not going to militarize every inch of this country. The answer is clear: Implement gun-safety policies. 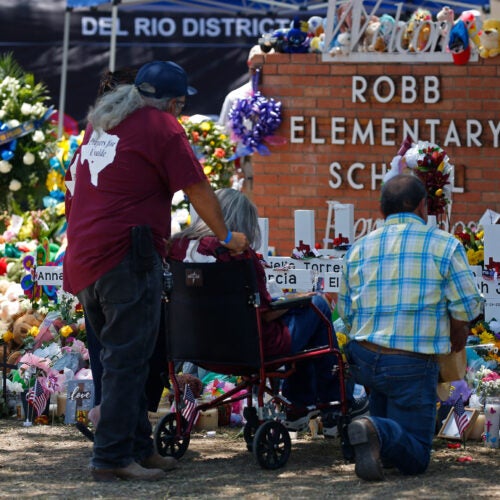 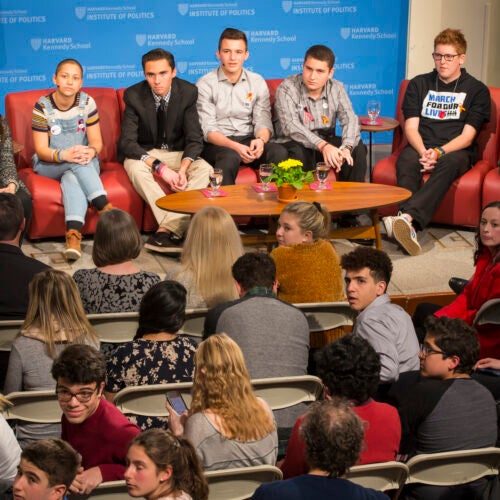 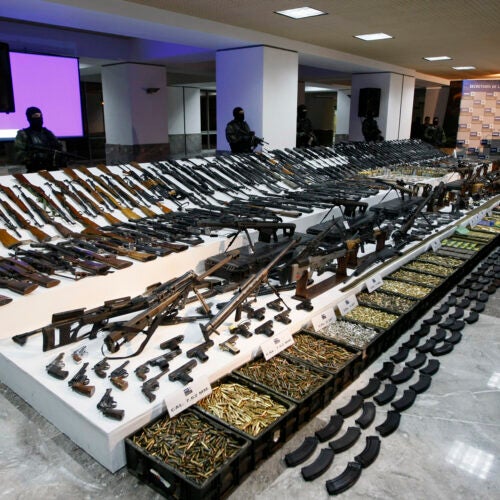