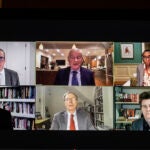 In the weeks since Trump supporters assaulted the Capitol, the message has become increasingly clear: The country must examine and confront its underlying racism — its caste system — to move forward as a democracy. That was the theme Monday in “A Catalyst for Humanity,” a conversation with Pulitzer Prize-winner Isabel Wilkerson hosted by the Forum at the T.H. Chan School of Public Health and presented by the Nieman Foundation and the Chan School’s Office of Diversity and Inclusion.

“You cannot heal what you have not diagnosed. You cannot repair what you do not see,” said Wilkerson, author of the recently released “Caste: The Origins of Our Discontents,” which examines America’s history of inequity. Her award-winning 2010 book, “The Warmth of Other Suns,” told the story of the great migration of Black Americans out of South and to other parts of the nation. The Chan School forum, moderated by CNN anchor Don Lemon, kicked off a monthly series designed to harness “the power of storytelling,” according to Michelle A. Williams, Chan School dean of faculty.

Likening the U.S. to a building, Wilkerson compared the intensive analysis in “Caste” to the work of a home inspector. “We have to go to the bones of it,” she said. “This is an old house we’ve inherited, and when you have an old house, the work is never done. You must look at the foundation: That is the basis of the building being able to stand.”

Her work applies the idea of caste — a rigid, stratified social system — to American racism in order to gain a new perspective on its impact. Although apologists continue to characterize slavery as an “unfortunate chapter” in our history, she focuses on how fundamental it was to our emergence as a nation. For 246 years, she said, “You could own property or you could be property. That’s how extreme the options were.” The result not only disenfranchised Black people, depriving a sizable part of the population of any equity in a country that was built on their labor, it also robbed the world of the enslaved peoples’ full capabilities, she said.

Using the examples of John Coltrane and Toni Morrison, Wilkerson said, “Their ancestors could have been just as magnificent in music and in literature, but they were held in a fixed place. All the waste in genius and brilliance that can never be recovered” is forever lost, she said.

Even today, too many Black Americans are not achieving their potential thanks to the legacy of racist institutions, from the codified bigotry of the Jim Crow era through the repercussions of ongoing bias in everything from education and employment to health care and nutrition. “My goal is to remind us as a species what we may be losing,” she said.

For 246 years, “you could own property or you could be property. That’s how extreme the options were.”
— Isabel Wilkerson

Wilkerson and Lemon were joined during the hourlong event by the Chan School’s David Williams, who raised the topic of unconscious bias. “It’s not about bad people; it’s not about mean people,” said Williams, the Florence Sprague Norman and Laura Smart Norman Professor of Public Health. “But the evidence tells us that every society has ‘in’ groups and ‘out’ groups — one class of people who are disparaged and looked down on.”

Such bias is “deeply embedded in our subconscious,” thanks to early and pervasive cultural indoctrination. “All of these assumptions are not just in the minds of individuals,” said Williams. “They have been baked into our culture. They shape our institutions.” He offered an example to illustrate its insidiousness: “Black boys are much more likely to be suspended and expelled from preschool.” 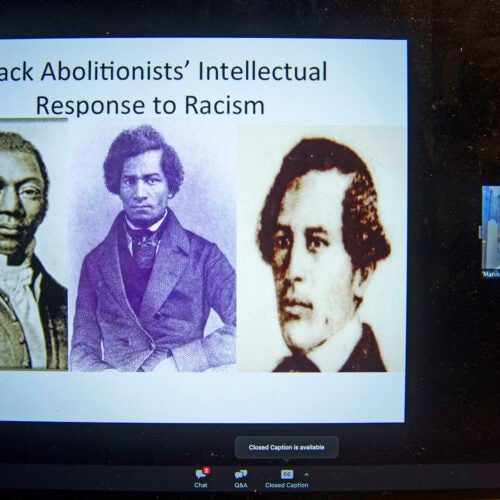 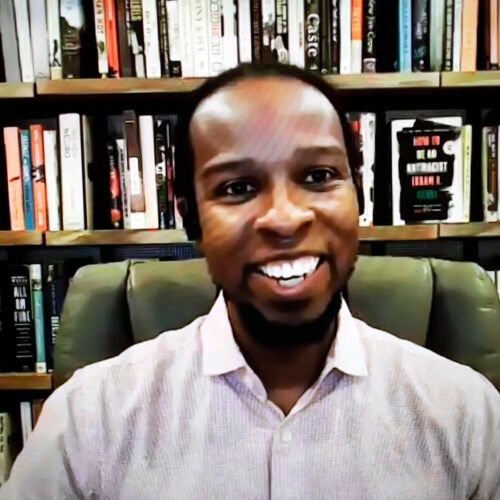 Questions from such prominent scholars and personalities as Henry Louis Gates Jr., Alphonse Fletcher University Professor, and Tomiko Brown-Nagin, Radcliffe Institute dean and Harvard Law School professor, furthered the discussion. William “Mo” Cowan, former U.S. senator from Massachusetts, was one of the commenters who popped up online. He asked whether, given the structural problems, any of the current police reforms being debated could have an impact.

“We have to get to the bones of it,” responded Wilkerson, returning to her theme. She pointed out that the search for the rioters who broke into the U.S. Capitol is turning up many members of law enforcement. “That means there has to be some deep, deep work as to how that is even possible.”

When former Massachusetts Gov. Deval Patrick chimed in to ask, “Where do we go from here?” Wilkerson at first demurred, citing her role as an analyst, journalist, and historian. Still, she said she hopes that there will be a full and honest reckoning. “Not just for our families and our community, but for our country and for our species — for the planet.”