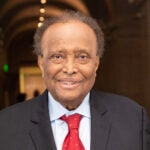 Growing up in his native Lebanon, he worried about being outed as a gay man in a homophobic land. After finishing his undergraduate in biochemistry and a master’s in France, he came to the U.S. to pursue a doctoral degree at Harvard. But he still did not feel safe.

The fourth-year Ph.D. student at the Graduate School of Arts and Sciences was granted asylum based on his fear of persecution if he were to return home. In Lebanon, same-sex couples face violence, jail time, and severe discrimination.

For the young man, who asked to keep his identity hidden out of fear of retaliation, the asylum grant meant he could live the life he had always dreamed of.

“I cried for 10 minutes,” recalled the man, who married his partner on a warm August day in the Boston Seaport nearly a year ago. “I had never thought that one day I would be able to walk on the street next to my partner without being paranoid.”

He is among dozens of members of the University community who have been helped by the Harvard Representation Initiative (HRI). Housed at the Harvard Immigration and Refugee Clinical Program (HIRC) of Harvard Law School, the program provides legal representation and social service support to students, scholars, and staff concerned about their immigration status.

When it was launched in 2017, the program focused on undocumented students and those with Deferred Action for Childhood Arrivals (DACA) status, which protects young people from deportation and allows them to legally study, work, and remain in the country.

A rising senior, Leo Garcia ’21 had DACA status when he arrived at Harvard. He became familiar with the work of the initiative when he joined Act on a Dream, an immigrants’ rights advocacy group led by Harvard students. Garcia renewed his DACA status twice through the program.

“Having attorneys who really want to help us figure out the best options for us, at no charge, ensures that we are as protected as possible,” said Garcia, who was born in Colombia and grew up in Houston. “I’d feel more at risk if I didn’t have this resource.”

Funded by the University, the initiative was started under Drew Faust, president emerita and the Arthur Kingsley Porter University Professor, and expanded under current President Larry Bacow. It supports members of the community with Temporary Protected Status (TPS) and those from mixed-status families, as well as international students and scholars whose ability to study in the U.S. is at risk due to the Trump administration’s immigration policies.

The office assists with applications for a range of immigration relief, from asylum to family based green cards to immigration protection for domestic violence survivors and crime victims, and protection for minors who have been abused, abandoned, or neglected.

“The University is very much committed to making sure that all members of the Harvard community with immigration concerns have the legal representation and support they need,” said Sabrineh Ardalan ’02, Clinical Professor of Law and director of the Harvard Immigration and Refugee Clinical Program. “Our goal is to try to help as many people as possible to have access to longer-term forms of immigration protection.”

Over the last three years, the initiative has consulted with more than 600 Harvard students, scholars, and staff. During the Trump administration the demand for legal services has grown, prompting the hiring of an additional full-time lawyer. The team consists of two attorneys, a social worker, a paralegal, and a part-time administrative assistant.

Among those helped by the initiative was a human-rights activist from Iran who was granted asylum, as well as DACA students and staff with TPS.

A custodian with TPS, Mario Arevalo was able to adjust his legal status through a petition by his oldest son, a U.S. citizen. After receiving his green card, Arevalo bought a ticket to travel to his native El Salvador for the first time since he left 20 years ago, but the pandemic forced him to postpone his trip. In March, he fell ill with COVID-19, but he’s fully recovered, back at work, and counting his blessings.

“Even with TPS, I’ve always felt anxious, like a ship adrift,” said Arevalo, who heard about the program from a co-worker at Harvard Law School. “Now a weight has been lifted off my shoulders. For the first time I know what total tranquility is.”

In a normal month, initiative personnel meet with dozens of people about their immigration status. These days, the office operates remotely, doing intake of new cases by phone and Zoom, following up on DACA renewals, filing green card and asylum applications. Attorneys also represent clients before the U.S. Citizenship and Immigration Services and in court and help with social-service support if needed.

The office has to remain nimble in the face of ever-changing immigration policies. In early July, its phone was ringing off the hook with inquiries from international students concerned about losing their student visa status after ICE announced that it would expel international students taking all-online courses in the fall. The Trump administration agreed to rescind the policy after a lawsuit led by Harvard and MIT. 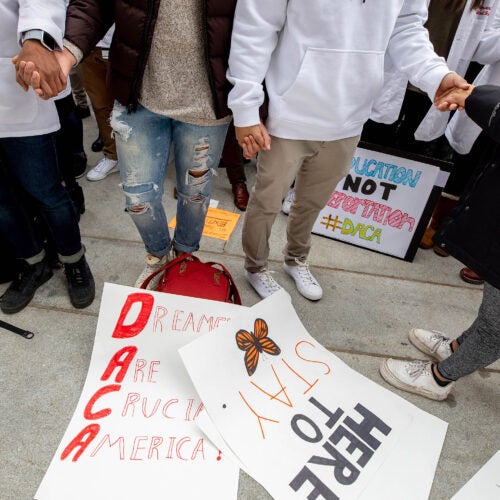 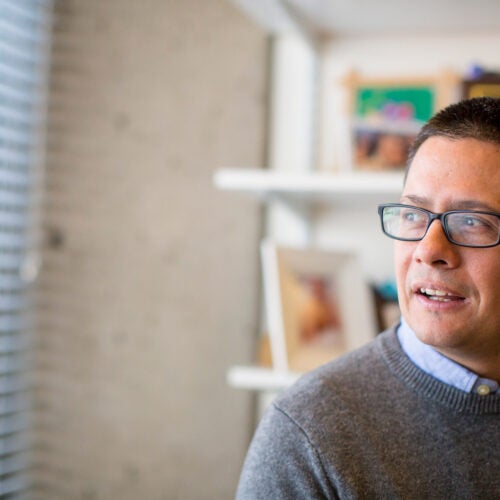 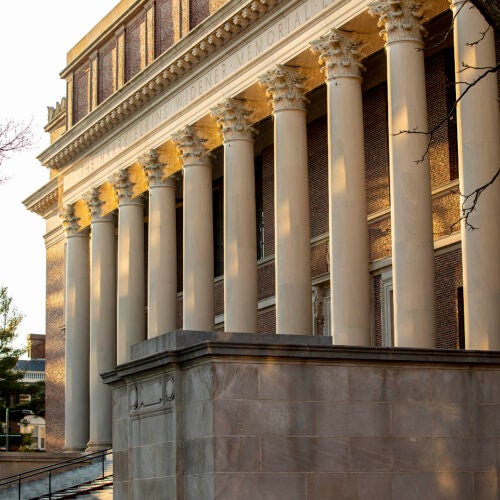 The office is working on the case of Reihana Emami Arandi, an Iranian student who was to start her master’s degree at Harvard Divinity School (HDS) last fall but was sent back home from Logan Airport by customs officials. Emami Arandi wasn’t allowed to make a phone call. Ardalan and Corral filed a civil rights complaint with the Department of Homeland Security, as well as a lawsuit in federal court.

In an email from Tehran, Emami Arandi said she hopes she’ll come to Harvard and put “the sorrows, the despair and frustration” behind her. Her forced return home made her ponder the quirk of fate she encountered at Logan.

“I completed a master’s in philosophy of religion before applying for HDS,” wrote Emami Arandi, who is taking an eight-week summer online course at the Divinity School. “My thesis was about the concepts of ‘otherness’ and ‘alterity’ in early Persian Sufi literature. These past few months, I’ve thought a lot about how ironic it was that I was targeted as ‘the other’ at Logan Airport as I was planning to investigate more on these concepts at HDS.”

As for the Lebanese student, he looks forward to a new life with his partner and applying for a green card in February. For now, he is working on his doctoral thesis on immune responses to viral infections at a Harvard Medical School lab.