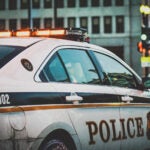 Harvard University wasted no time pushing back against a federal order requiring international students to attend classes in person this fall, a directive that would force those at colleges and universities that will be online to either switch schools or face deportation and bar those planning to enter such institutions from entering the country.

Harvard and the Massachusetts Institute of Technology (MIT), which are planning to continue to use online instruction, filed a complaint Wednesday in federal court seeking a temporary restraining order against the proposal by the U.S. Immigration and Customs Enforcement (ICE). Monday’s surprise announcement by ICE came as institutions of higher education continue to wrestle with decisions about how to go about safely reopening amid a recent record-setting surge of coronavirus infections across the nation.

Harvard President Larry Bacow, in an email to the community, called the order a cruel and reckless attempt to pressure the schools to reopen “without regard to concerns for the health and safety of students, instructors, and others,” sentiments that were quickly echoed by leaders in higher education around the nation.

“Moreover,” Bacow wrote, “if an institution pursues in-person or hybrid instruction this fall and a serious outbreak of COVID-19 occurs, the institution would face strong pressure not to switch to online instruction, as Harvard and others necessarily did this past March, because to do so would immediately place its international students in jeopardy.”

The brief, submitted by Harvard and MIT to the U.S. District Court in Boston, said the two schools had adopted their plans after months of careful planning and coordination with health experts to ensure the safety of students, faculty, and staff. Both said their decisions were informed by ICE’s March COVID-19 exemption, which allowed students with nonimmigrant visas the ability to maintain their status while attending remote classes “for the duration of the emergency.”

The administration’s recent reversal, the filing states, is “arbitrary and capricious and an abuse of discretion,” as well as “procedurally defective under the Administrative Procedure Act. It should be set aside, and the government required to abide by the guidance it put forward in March and on which universities and students relied in planning a fall semester during an ongoing pandemic.”

The lawsuit also states that Harvard and MIT have the right to “assert claims on behalf of their F-1 visa-holding students, who face the imminent, concrete, and irreparable risk of harm to themselves, their families, their educations, their short-term and long-term health, and their future education and employment prospects if Defendants’ actions are not halted by this Court.”

In addition, the universities noted that the ICE directive failed to consider “the devastating effects that it will have on international students who will be forced to leave the United States or will be unable to enter to take classes, or those who will not be able to return to their home — or any — country.”

“By threatening to force many F-1 students to withdraw from Harvard and MIT, Defendants have put both schools to an impossible choice: lose numerous students who bring immense benefits to the school or take steps to retain those students through in-person classes, even when those steps contradict each school’s judgment about how best to protect the health of the students, faculty, staff, and the entire university community,” states the universities’ filing.

“ICE’s announcement is policymaking at its worst: cruel, opaque, and arbitrary. Princeton will fight vigorously and work relentlessly to support our international students and to defeat this unjust and ill-considered policy,” said Princeton University President Christopher L. Eisgruber in a message to the community.

Northeastern University President Joseph E. Aoun said in a statement Wednesday that the new visa rule “creates chaos for international students and has the effect of weakening American higher education—one of our nation’s signature strengths.”

Both Massachusetts Attorney General Maura Healey and the University of California, the largest four-year, public university system in the United States, said they were preparing their own lawsuits against the federal government over the guidelines. Having referred to the rules as “cruel” and “illegal” Healey told National Public Radio that she expects many other states “to be joining in litigation” soon.

“@UofCalifornia will be filing a lawsuit against the federal government’s cruel and reckless decision to strip our international students of their visas. To our 41,200 international students, we support you and regret the additional chaos ICE’s action has caused,” wrote John A. Perez, chair of the university’s board of regents, on Twitter.

Other higher education organizations condemned the ICE mandate and expressed their support for the legal action.

In a statement posted to the Association of American University’s (AAU) website Tuesday, AAU President Mary Sue Coleman called the ICE policy “immensely misguided and deeply cruel to the tens of thousands of international students who come to the United States every year.” Coleman, whose organization represents 65 research universities, urged the administration to “rescind this guidance.”

In an online statement, the American Council on Education’s (ACE) President Ted Mitchell referred to the ICE proposal as “horrifying.” In addition to contributing to the country’s “intellectual and cultural vibrancy,” the one million international students at U.S. colleges and universities around the country “also yield an estimated economic impact of $41 billion and support more than 450,000 U.S. jobs,” wrote Mitchell, whose nonprofit has a membership of more than 1,700 colleges and universities, related associations, and other organizations in America and abroad. 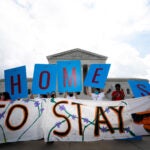 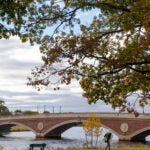 Representatives from ACE and AAU said that both organizations are planning to file amicus briefs in support of the Harvard-MIT suit.

ICE’s decision affecting colleges and universities also coincided with U.S. Education Secretary Betsy DeVos’ call for schools to be “fully operational” in the fall despite the ongoing pandemic. And Vice President Mike Pence said Wednesday that the Centers for Disease Control and Prevention would revise its guidelines on school openings, citing President Trump’s concerns that the guidance might be “too tough.”

Professional Schools across Harvard unveiled their plans to reopen in recent weeks, with many opting for an online-only model for the fall, citing their concerns about the health threat posed by the coronavirus. Last month the University decided that all undergraduate instruction would remain online, and the Faculty of Arts and Sciences said this week that it would bring up to 40 percent of undergraduates back to campus this fall. MIT announced similar plans, with reduced numbers of students on campus and options for online as well as in-person instruction.

“As a university with a profound commitment to residential education, we hope and intend to resume full in-person instruction as soon as it is safe and responsible to do so,” wrote Bacow. “But, until that time comes, we will not stand by to see our international students’ dreams extinguished by a deeply misguided order. We owe it to them to stand up and to fight — and we will.”