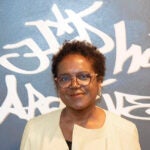 Antiracism scholar Ibram X. Kendi doesn’t believe it’s possible to be “not racist.” The award-winning author, director of Boston University’s Center for Antiracist Research, and the 2020/2021 Frances B. Cashin Fellow at the Radcliffe Institute for Advanced Study said during a recent TED interview that “the heartbeat of racism itself has always been denial, and the sound of that heartbeat has always been ‘I’m not racist.’ And so what I am trying to do with my work is to really get Americans to eliminate the concept of ‘not racist’ from their vocabulary and realize, we’re either being racist or antiracist.” Kendi, author of “How to Be an Antiracist” and the National Book Award-winning “Stamped from the Beginning: The Definitive History of Racist Ideas in America,” has just released “Antiracist Baby,” a board-book primer for children and parents. The Gazette spoke with Kendi about his latest work, how to start difficult conversations about racism with children and adults, and how to go about dismantling racist policies.

GAZETTE: Why did you decide to write a picture book for children?

KENDI: Because I recognized that I wanted to have a tool to be able to talk about being antiracist with my 4-year-old daughter. And I thought, what better way talk to her about it than through a book. It also forced me to really think about how I could communicate this to a child, particularly to different levels of childhood. Also, I know that many parents think that kids are color-blind, even though the data shows otherwise, and I wanted to start a larger conversation among other parents about how important it is to have these conversations with our children.

GAZETTE: It does seem like the messages in the book are geared toward both children and adults.

KENDI: It really is for both. I think that there are some words that may be difficult for a 1- or 2-year-old to just immediately know. But when I read a word like “policy” that my daughter doesn’t know and she asks me what it means, it opens up a conversation. I explain to her that it’s a rule, and we talk about the rule that she is supposed to go to bed at a certain time, and how she considers that rule to be unfair. Hopefully the book will encourage other parents to do the same.

GAZETTE: In addition to books like this, what are the other ways you think parents can start a conversation about race with their children?

KENDI: I think that it is critical to put children in situations where they can ask questions. So obviously, there have been many demonstrations that parents can bring their children where their children can ask, “What is this all about? Why are people upset?” or “Why are people saying Black lives matter?” I always find it’s with the youngest of people, just like older people, when they want to know, they’re more receptive to the information. So I think it’s critically important for parents to put their kids in situations where they can ask questions about it.

GAZETTE: How do you think this kind of work can be incorporated into a school curriculum?

KENDI: Well, I think that first and foremost, for teachers to essentially not talk about racism and racist policy and racist power and even racist ideas is to effectively allow their students to be educated to be racist, because their students are going to look out at society, see that a particular racial group has more, see that a particular racial group has less, hear the idea stating that one racial group is more and the other is less, and what else are they going to believe? They will think that’s the norm. So, I think it’s important for teachers to disrupt that norm and literally teach their students antiracist ideas, to literally ask them to think through why this racial disparity exists, and really teach them the policies behind that disparity. Teach them that the racist ideas justifying those disparities are false and offer them the reasons why, and explain to them who the people are who created those ideas. I think that’s all important for teachers to do.

GAZETTE: How early should that start?

KENDI: In kindergarten, in preschool. We know that by 2 years old, children are already consuming racist ideas. They’re already discerning whom to play with based on kids’ skin color, and so if we wait till they’re 10 or 15, they may be a lost cause, like some of us adults.

GAZETTE: Turning to adults, why is talking about race so difficult, and so often unproductive for them? Do you have suggestions for how to navigate those conversations?

KENDI: Well, it’s partly difficult because their parents didn’t talk to them about it. And so I think if we imagine we were having conversations about racism since we’re 2 years old, it would be much easier for us to talk about it. But people don’t want to talk about it because sometimes you have people who have racist ideas, and they deny that their ideas are racist. And so to talk about race is to talk about their racist ideas, and they don’t want anybody to call them racist, and they refuse to admit that those ideas are racist. Other people don’t really want to be wrong. They don’t want to “make a mistake.” What I’m trying to urge people to realize is the difference between a racist or someone who’s being racist and someone who’s being antiracist, is not that the antiracist never makes mistakes, it is that the antiracist admits their mistakes.

GAZETTE: You’ve spoken and written about how over time racial progress advanced in tandem with racist progress. Do you see this current moment helping change that dynamic?

KENDI: Oftentimes we’ve been able to develop movements to dismantle racist policies and institute antiracist policies, and then we just believe that our job is done without understanding that those who were benefiting from those racist policies are going to figure new and ever more sophisticated ways to exclude people or benefit from them. And so we have to be ever vigilant. So now as we’re hopefully beginning a process of transforming policy, we have to also begin the process of figuring out ways to ensure those policies will last.

“I always find it’s with the youngest of people, just like older people, when they want to know, they’re more receptive to the information. So I think it’s critically important for parents to put their kids in situations where they can ask questions about it.”

GAZETTE: What is the best method for changing policy?

KENDI: We can look at policymakers certainly who sit in elected offices, but they also sit in executive suites. They also sit in homes. You know, there are informal policies that are made. They sit in associations. They sit in many different institutions in groups and neighborhoods. And so really, we shouldn’t necessarily be focusing in on one place. Every one of us can either be resisting policies, meaning organized with other people to challenge policies, or we could be in a position of policymaking power where we have the courage to transform policy that then leads to equity and justice.

GAZETTE: You’ve also spoken about changing hearts and minds before changing policy. Can you say more?

KENDI: We have been taught a false history. We’ve been taught the history that says that the reason why policies changed in the ’60s was that hearts and minds were changed. And that’s just blatantly false. We’ve been taught the reason slavery ended was because people realized slavery was bad, and that’s blatantly false. Abraham Lincoln issued the Emancipation Proclamation as a war measure to win the Civil War, not because he suddenly became an abolitionist. And so I think it’s critically important for us to realize that historically, in many cases, people feared policy change because of their racist ideas. But then, when we changed policy, they realized their fears were unfounded.

GAZETTE: One current major push for policy change involves police reform. What are your thoughts on efforts to defund or abolish police forces across the country?

KENDI: When it comes to defunding the police, many Americans have historically supported inflated police budgets on the premise that it’s police who are able to bring down crime levels. But there’s no data that supports that. There is data that supports that the neighborhoods with the highest levels of, for instance, violent crime, tend to also be the neighborhoods with the highest levels of unemployment and poverty. And so it seems to me that a better use of tax dollars is to really eliminate poverty, to create well-paying jobs, than to put more people with guns on the street. 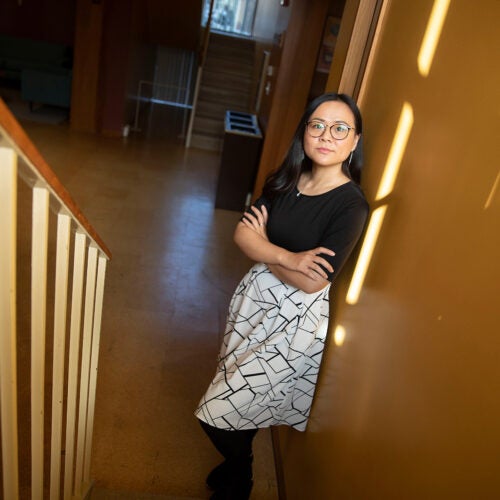