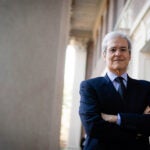 Miao Qian, a postdoctoral research fellow with the Inequality in America Initiative, studies the development of implicit racial biases in children to understand better how and when unconscious prejudices and stereotypes form in the brain. Qian, who received a Ph.D. in developmental psychology and education from the University of Toronto, envisions a future in which children are able to “unlearn” unconscious bias through training and education starting early in their lives. The Gazette spoke to her about her life growing up in a racially homogenous society and the influence of her own experiences on her research.

GAZETTE: How did you become interested in racial bias?

QIAN: I have two main research questions. The first one is when racial bias emerges in the first place, and the second is, if this bias exists in childhood, what are we going to do to reduce that bias? My path to these research questions is very unusual. I grew up in China, and although there are over 1 billion people and there is some diversity from a local point of view, in terms of racial diversity China is largely homogeneous. The very first time I saw a person of African origin was four years ago when I was earning my master’s degree in China. I made several friends who were from Cameroon, and they told me stories about how they were discriminated against in China. They would go buy fruit, and they were charged three or four times as much for the price, or people would also gesture at them in restaurants.

Out of those experiences came a flood of passion and enthusiasm to study the topic of racial bias. As a graduate student in developmental psychology, I was very interested in how stereotypes, prejudice, and discrimination come to us in the first place. Afterward, I did my Ph.D. at the University of Toronto, and Toronto is one of the most diverse cities in the world, so my experience there as a minority also gave me a unique perspective about this topic. Even though Toronto is one of the most diverse cities, there is still discrimination and prejudice based on race and ethnicity, accent, and nationality, so it made me think more about how and when that happens. And, if that bias exists, how do we educate children and stop that before it becomes fully entrenched with age, societal pressure, and social media? Now, moving to the U.S., race is very hotly discussed. I’ve been working on this issue for about seven years now, and have become very passionate about this topic, about ending racial inequality.

“In China, young children don’t even know about race because that’s not a very common concept that parents or teachers discuss with them. But even without any knowledge about race, they still have bias …”

GAZETTE: How do you adapt your research process to the different contexts and cultures in which you work?

QIAN: In China, young children don’t even know about race because that’s not a very common concept that parents or teachers discuss with them. But even without any knowledge about race, they still have bias, so I was interested in how that happens in the first place. And when I moved to Toronto, and then to the U.S., I was very interested in how children’s personal experiences across race and cultural contexts, or their exposure to diversity in their community or school or neighborhood, would make a difference, in terms of whether having more contact or having friends from another ethnic background would reduce bias. We always talk about diversity, but whether diversity actually makes a difference in shaping our attitudes … we don’t know solid answers about those questions, especially in young children.

GAZETTE: How do you measure bias in children?

QIAN: There are many ways to understand racial attitudes. I could ask kids questions like: “Do you like Asian people?” and then “How much do you like them?” with a scale from one to five. Those are what we called explicit racial bias, based on self-reporting. There are other aspects of our minds that we are unaware of, or even if we know about them, we might not be willing to say it. Those are what psychologists called implicit racial bias. Measuring implicit biases is hard, especially for children. I work with 3- to 5-year-old children, and they sometimes lack the verbal ability to report their feelings. For example, some don’t know the words to express their likes and dislikes, as well as the reasons why. When children grow older, they can be concerned about their reputations and would not likely say their true feelings and want to be consistent with their parents or authority figures’ words instead of their own beliefs and thoughts. 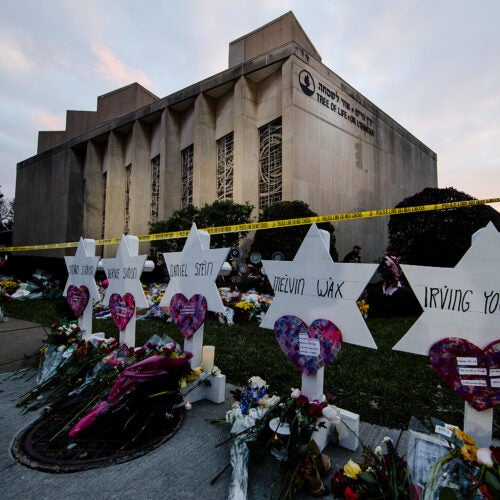 When it comes to bias-based hate, there are deep reasons U.S. appears to be slipping, analyst says 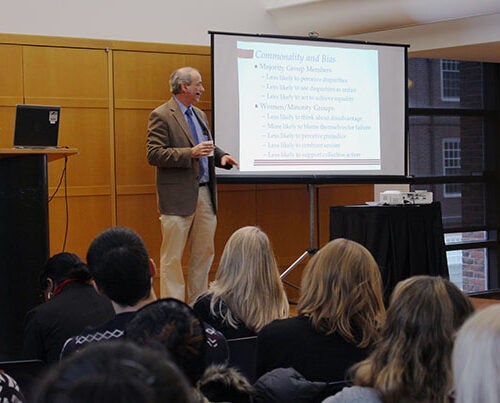 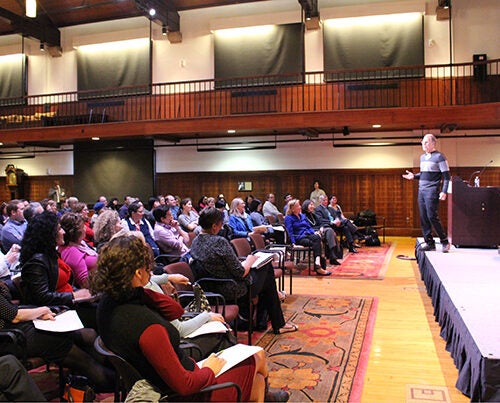 GAZETTE: Did you have to develop special tools for your work?

QIAN: My work on implicit bias was inspired by Dr. Mahzarin Banaji, who is a psychology professor here. I’m currently working with her to develop a child-friendly version of the Implicit Bias Test, to measure the implicit association in kids’ minds about positivity and negativity with different races. I developed an app, and we are able to measure children’s associations between different races, and positive or negative attributes. For example, we could measure how quickly they associate black people with “good” or “bad” using words like friendly or nice, or words like mean or unfriendly. Based on my previous work, I know that Chinese kids as young as age 3 already show this implicit association. They tend to associate good things with their own race, and bad words with other races. I am working with Professor Banaji’s lab on developing and polishing this [app] method and developing an online measurement to see whether we can measure kids’ biases in the U.S. We want to see whether children here, as young as age 3, show implicit bias, and we also want to see how culture makes a difference in that finding, especially with some children’s own social networks being more diverse.

GAZETTE: How do you plan to tackle the next part of your project: reducing bias among children?

QIAN: There is a famous psychology phenomenon called the “other-race effect.” It means that children from a very young age remember and recognize their “own-race” faces more than “other-race” faces. They feel like other-race people look all the same and it’s hard to differentiate between them. I developed a child-friendly, app-like game based on a training method called individuation training, which is designed to focus children’s attention on individuals instead of just categorizing people as a race. I show a face to a child, and they have to remember the faces, so I match them with a number or a name. My research in China indicated that individuation training reduced Chinese children’s negative implicit biases against black people. Follow-up research in Canada further replicated this finding and directly pointed to the role of cross-race friendship in facilitating the training effects. The end goal is that we want to reduce bias in the long term, so we also have an idea for an online training so parents can guide their children through it when they are at home or in other settings.

GAZETTE: What are some of the challenges you face when trying to measure these implicit attitudes?

QIAN: White parents are often very concerned about talking about race with their children, partly because they feel like it’s not the time, that kids don’t understand the concept of race. But scientific evidence suggests that babies as young as 9 months old know the perceptual difference between different race groups. They don’t know that it’s “white people” or “black people,” but they know a group of people is different from them. It will never be too early to talk to kids about race, and it’s important to talk to kids from a young age about why we’re different and also why we have similarities. I focus on implicit associations, which are like cultural thumbprints in our mind that we carry. You might not know it’s there, but it shapes our decision-making and judgment about certain people and members of a group. Good people can have implicit bias, so it’s very important to admit that we do have implicit bias, and we have to put that on the table and try our best to avoid being trapped by our biases.

This interview has been condensed and edited for clarity and length.