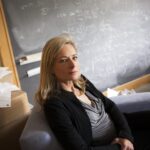 I have been thinking a lot about the challenges to American democracy lately, so I’ll limit the scope of my answer to “What is one thing you think is wrong with the U.S. that you would change?”

A vibrant democracy depends upon robust public participation. If I had a magic democracy wand, I would wish for full political participation — that 100 percent of American adults be permitted to vote and to actually vote in every federal, state, and local election. Though some hold up the U.S. as a beacon of democracy, electoral participation is low in the U.S. compared with other democracies: 56 percent of the voting age population in the 2016 U.S. general elections. That means that the number of people who didn’t vote is much larger than the number of people who voted for the winning presidential candidate.

The U.S. compares poorly with other countries in this regard. Turnout in Belgium was 87 percent, 79 percent in Australia, and 68 percent in France. Among 35 countries in the Organization for Economic Cooperation and Development, the U.S. ranks 28th in voter turnout, near the bottom of the list.

“There was a time when some political scientists thought that low participation was good because it meant that people were satisfied with how their society was being governed. Whether that was ever the case, few would take such sanguine satisfaction from low engagement today.”

There was a time when some political scientists thought that low participation was good because it meant that people were satisfied with how their society was being governed. Whether that was ever the case, few would take such sanguine satisfaction from low engagement today.

Full participation in elections would mark a large gain for political equality. Many decades of research have firmly established that those who are white, better educated, and have higher incomes tend to vote more than those who don’t enjoy socio-economic advantages. Though there are many other sources of political inequality, such as money, lobbying, and political connections, equalizing influence at the ballot box would be an excellent first step. Americans who do not vote have significantly different views from those who do. Political scientists Jan Leighley and Jonathan Nagler have shown, for example, that those who do not vote are substantially more likely to think that government should guarantee jobs and health insurance, and that union organizing should be made easier, and less likely to think that abortion should always be legal, than those who do vote.

Furthermore, many Americans don’t vote because they don’t feel that their vote makes a difference, they don’t trust politicians and political parties, and they don’t like the choices that the major parties offer. Achieving full participation will require that these broken ties of trust and real representation be mended. Full participation will require political leaders and parties to offer a range of visions of society, economy, and policy such that every American finds something compelling, authentic, and valuable in the political process.

Because candidates would be competing for the votes of a much larger and more diverse electorate, full participation would increase political competition and compel candidates to devise policy proposals and relational strategies that resonate and connect with all Americans, not just half of us.

Some amazing things will have to happen in America to cause all Americans to participate in politics. Importantly, our country will have to create a culture of voting, in which every American feels that it is her or his patriotic duty to participate. To generate this civic culture, many organizations — schools and colleges, clubs, churches, and businesses — will have to embrace making our democracy stronger.

Last year, for example, we encouraged all students at the University to register to vote through the Harvard Votes Challenge. Though we didn’t quite get to full participation, we did register 93 percent of eligible students at the Kennedy School. Many other campuses, including the University of Michigan and Yale University, have embraced similar efforts. At General Motors, Chrysler, Ford, and Patagonia, Election Day has been made a corporate holiday to encourage voting and poll work. Full participation will have to be powerfully driven by civic commitment at every high school, college, university, church, club, and business in America (though they might have to endure some snickering from Mitch McConnell).

We do not know where full participation will lead, but it might, as E.E. Schattschneider wrote more than 40 years ago, “produce the most painless revolution in history, the first revolution ever legalized and legitimated in advance” that overturns the “whole balance of power in the political system” because that balance depends, right now, not only on who votes, but, critically, on who does not. We’re a long way from achieving that vision of democracy, but America is worth it.

Next week: Ellen Langer says to embrace mindfulness to see the world as it is. 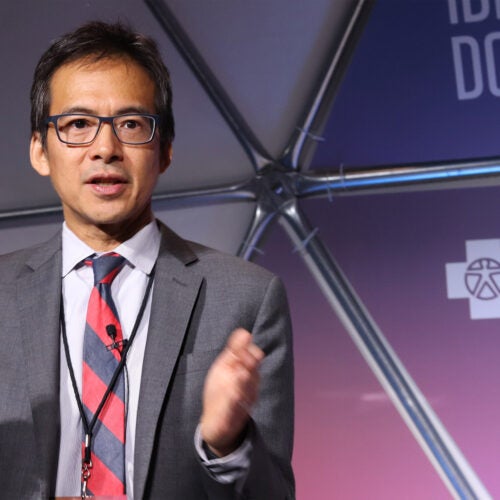 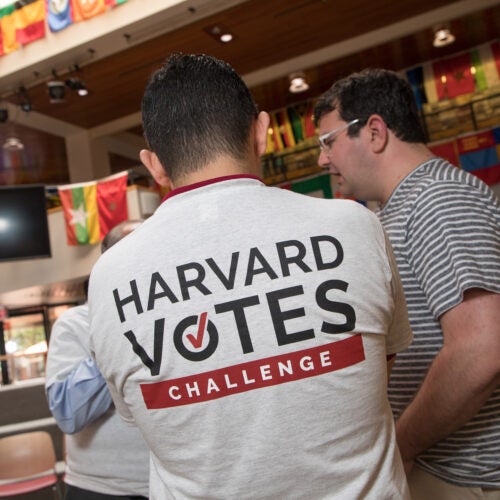 Nonpartisan program urges students to cast their ballots and be heard 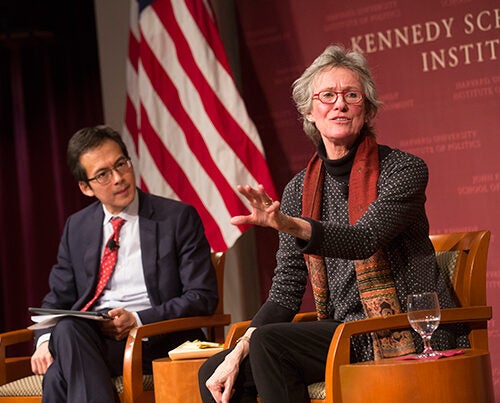