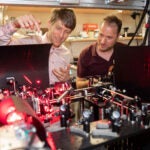 New research led by Harvard scientist Amy Wagers has demonstrated that gene-editing machinery can be delivered straight to stem cells where they live, rather than in a dish. Published in Cell Reports, the findings have major implications for biotechnology research and the development of therapeutics for genetic diseases.

“If you want to change a genome to correct a disease-causing gene mutation, you have to change it in the relevant stem cells,” said Wagers, the Forst Family Professor of Stem Cell and Regenerative Biology. “If you don’t change the stem cells, whatever cells you do fix may eventually be replaced with diseased cells fairly quickly. If you do fix the stem cells, they will create healthy cells that can eventually replace the diseased cells.”

But fixing stem cells is harder than it sounds. The way it works now, stem cells have to be extracted, kept alive and healthy, genetically altered, then put back in the patient’s body. The process is disruptive for the cells, which may ultimately be rejected or fail to engraft back into the patient.

Each type of stem cell lives in its own “niche,” well-protected in hard-to-reach areas such as bone marrow. “When you take stem cells out of the body, you take them out of the very complex environment that nourishes and sustains them, and they kind of go into shock,” Wagers said. “Isolating cells changes them. Transplanting cells changes them. Making genetic changes without having to do that would preserve the regulatory interactions of the cells — that’s what we wanted to do.”

Wagers’ group used an adeno-associated virus (AAV) that infects human (and mouse) cells—but does not cause disease—as a transport vehicle. Building on their earlier work in mice with Duchenne muscular dystrophy, Wagers and her colleagues created various AAV packages to deliver gene-editing cargo into several different types of skin, blood, and muscle stem and progenitor cells.

“This was a true collaboration between labs specializing in several different organs,” said Jill Goldstein, a postdoctoral fellow in the Wagers lab and co-first author of the study. “We set up experiments in our organs of interest, analyzed them, compared notes, and made adjustments in a kind of scientific assembly line. None of us could have done it alone — it takes a lot of hands, and the team approach made it really fun.”

To test whether their AAV complexes managed to deliver, the researchers used mice that act as so-called reporter systems via a “reporter” gene that is normally silenced but can be turned on by gene editing. When the reporter gene is activated, the cell turns bright, fluorescent red.

Up to 60 percent effective

“So far, the concept of delivering healthy genes to stem cells using AAV hasn’t been practical because these cells divide so quickly in living systems — so the delivered genes will be diluted from the cells rapidly,” said Sharif Tabebordbar, an alumnus of Harvard’s Department of Stem Cell and Regenerative biology and now a postdoctoral fellow at the Broad Institute. “Our study demonstrates that we can permanently modify the genome of stem cells, and therefore their progenies, in their normal anatomical niche. There is a lot of potential to take this approach forward and develop more durable therapies for different forms of genetic diseases. That includes different forms of muscular dystrophy, where tissue regeneration is such an important factor.”

“We looked at the skin of these AAV-transduced mice from the Wagers lab, and were pleased to see that many dermal cells were successfully edited as well,” said Ya-Chieh Hsu, Alvin and Esta Star Associate Professor of Stem Cell and Regenerative Biology. “Those included cells that give rise to dermal adipocytes, and cells that help regulate other stem cells in the skin. We’ve always needed a tool that lets us manipulate dermal cells in vivo rapidly — so for us, this is like a dream come true.”

Delivering a gene therapy directly into a living system has been a barrier for biotech companies trying to develop therapies for diseases like spinal muscular atrophy.

“This is a really important resource for the community for two reasons,” Wagers said. “First, it changes the way we can study stem cells in the body. The AAV approach lets researchers investigate the importance of different genes for stem cells in their native environment, much more quickly than ever before. Because the delivery system is so robust, it can also be used to target genes that affect many different tissues. 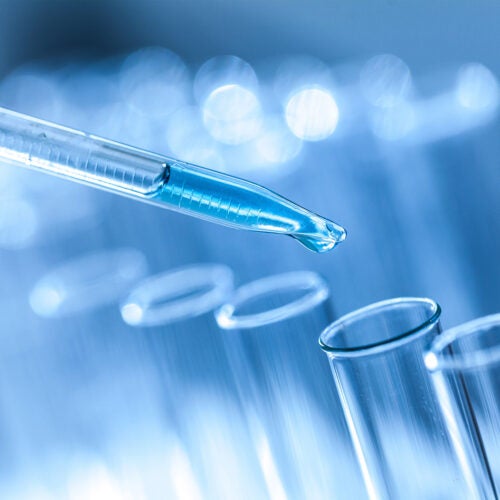 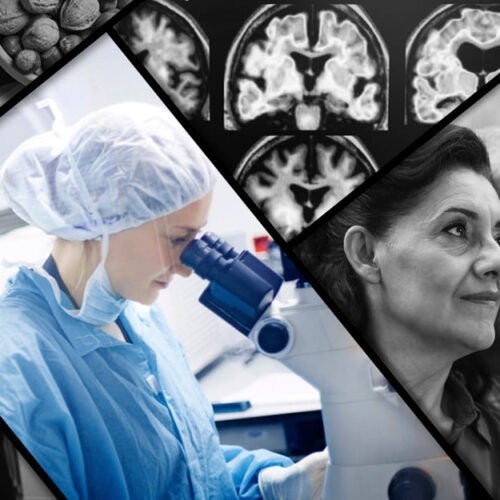 No clock, no crystal ball, but lots of excitement — and ambition — among Harvard scientists

“Secondly, it’s an important step toward developing effective gene therapies. The approach we developed gets around all the problems you introduce by taking stem cells out of a body and allows you to correct a genome permanently. AAVs are already being used in the clinic for gene therapy, so things might start to move very quickly in this area.”