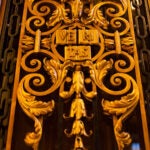 This is one in a series of profiles showcasing some of Harvard’s stellar graduates. This one was written by the subject, a longtime journalist.

When I started studying at Harvard in 2014, I worried I didn’t belong: I grew up on food stamps in a Florida trailer park, raised by a mother who never made it to the ninth grade. I went to a community college. I showed up for my first class at the Harvard Graduate School of Education (HGSE) as a single mom raising five kids with a partner who earned a living driving a tow truck.

Ironically, I soon realized that I belonged not in spite of but because of these things. As I worked on my master’s degree in higher education, it became clear that what makes me different from the vast majority of my classmates — and the vast majority of students at top-tier colleges nationwide — renders my voice and perspective important to academia as well as in broader conversations about how American schools can best serve their constituents.

I came here as a newspaper reporter with more than a decade of experience writing about education. At the time, I thought I had a firm grasp of what goes on at colleges and universities. But my professors pushed me to interrogate what I had long considered facts. They challenged my views about the value and impact of higher education and opened my eyes to flaws in the way I and my other journalism colleagues have covered higher learning in this country.

It has taken me longer than most to finish this degree, which I began eyeballing in fall 2014, when I arrived at Harvard as a fellow of the Nieman Foundation for Journalism. The previous year, I’d been named as a Pulitzer Prize finalist for an investigative series I led that exposed violent hazing and other problems at Florida A&M University. I spent my fellowship year researching public university funding while auditing classes at HGSE, Harvard Law School, Harvard Business School, and Harvard Kennedy School.

“It has been tough balancing the demands of graduate studies with a full-time job and large family. Yet it has also been a valuable experience for my children to see me juggling priorities …”

Unfortunately, during my leave of absence, the editors back at my struggling Florida newsroom gave away my job. I was disappointed. But after the fellowship ended in 2015, I helped run a journalism project at the Kennedy School’s Shorenstein Center on Media, Politics and Public Policy. It was a fantastic opportunity for a host of reasons, including the generous tuition discount offered to employees. I started taking higher education classes for credit in fall 2016 and was admitted to the Higher Education Program the following year.

It has been tough balancing the demands of graduate studies with a full-time job and a large family. Yet it has also been a valuable experience for my children to see me juggling priorities, making compromises, and challenging myself in new ways. I can remember interrupting their weekend TV shows many times with shrieks of joy as I analyzed data sets for a class on applied statistical regression. My partner, Jerry, would roll his eyes, and tell the kids, “She’s getting excited about math again.” Over the years, they’d also hear me holler at the wall in frustration while reading book chapters and research articles on racist education policies and the myriad inequities that have hurt low-income students, Native Americans, African Americans, and other marginalized groups for generations.

One of the highlights of my time at HGSE: When an essay I wrote became required reading for a required course in the Higher Education Program. Surprisingly, the professor assigned the class to read the only opinion piece I’ve ever had published. As a newspaper reporter, I try very hard not to let my personal views and experiences influence my work. But I had written this as a special request from the Nieman Foundation.

In the essay, which ran in early 2015, I shared details of my struggle to get to and through college. I also criticized the fact that so few of Harvard’s higher education students were familiar with community colleges — the backbone of our nation’s higher education system and a key access point for many of the poorest students.

I don’t know if that essay had any influence on Harvard, but I grinned big this past fall after learning that several incoming higher education students had attended community colleges.

In these last weeks before graduation, I’ve been thinking hard about how to use my new knowledge to initiate positive change. In early May, I’ll join the board of directors for the national Education Writers Association, a position that will undoubtedly help me help other journalists do a better job covering education topics.

I’d like to experiment with opinion writing because I don’t often see people like me reflected in the editorial pages of major news outlets. Coincidentally, my final project for my final course was to write an opinion piece on an issue related to social class and culture in higher education. I had plenty of material to work with.

Denise-Marie Ordway, who will receive her master’s degree from the Graduate School of Education, is the managing editor of Journalist’s Resource at the Shorenstein Center. She was a 2015 fellow of the Nieman Foundation for Journalism.