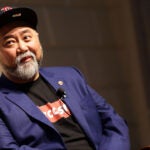 Championing community and belonging, the Identities Fashion Show gives students a professional experience in the world of couture

Less “Devil Wears Prada” and more community and belonging, the student-run Identities Fashion Show drives home the idea that the runway needn’t be all beanpole models and bizarro looks. It can also be a place that is welcoming and open, embracing all types of people and backgrounds.

Behind the glitz and glamour, this annual show stays true to its name by championing the diverse identities found on campus while also providing students with the experience of producing a fashion show from start to finish.

“The vision of Identities is to make fashion more accessible,” said international student Dogus Mordeniz ’20, a co-executive producer for the show’s creative board. “We are trying to recruit models from all these diverse backgrounds, from all these different ethnicities and body sizes. We want to bring all their stories together with this show.”

Identities has been doing just that for 13 years now. The club’s 25 members and 62 models represent various gender identities, sexual orientations, races, and ethnicities. Almost 70 percent identify as nonwhite. They’re tall and short, slim and not so, and about a quarter of them are international students, from Filipino to Turkish.

“It perfectly encapsulates the diversity and creativity of Harvard,” said Nika Besker ’20, who joined Identities her sophomore year and is now executive producer for the design board.

Identities has found a welcoming audience in the Harvard community, drawing crowds of more than 500 in the past few years. One reason is that while the Identities team works with local designers and brands that fit its mission, it has also showcased pieces from fashion icons such as Nanette Lepore and Vera Wang. Wang, whose daughter Josephine graduated from the College in 2016, attended the 2010 show, where she accepted the group’s annual Leadership in the Arts Award.

This year, among the designers and brands featured are Virgil Abloh’s Off-White and New York-based iRi, the shoe label that got a boost last year from being spotted on supermodels Bella and Gigi Hadid. Runway legend Coco Rocha will be on hand to accept this year’s Leadership in the Arts Award. Rocha arrived a few days early and ran a training for the show’s models on how to pose and strut down the runway with flair.

“When you do your runway shot, I want you to own it,” she told more than 30 models in the Winthrop House junior common room.

Under Rocha’s expert guidance, the models rehearsed facial expressions and hand and body positioning, and even staged fights to get comfortable carrying out various tasks in front of the camera, no matter how absurd. Rocha also had them channel different emotions, like anger and sadness, by asking them to draw from memories of times they felt that way in order to appear ecstatic or even cry.

“This is great practice to just get you out of your skin,” she said, acknowledging that modeling may not be the desired career path for many of the students.

Jorma Gorns ’20 thought the class was incredibly fun, especially in helping everyone gain confidence, not only in themselves but as a modeling team.

“She’s so good at this,” he said. “Obviously, she’s a model but she’s also good at teaching — the way she explains it. This method acting approach, I thought, was very impressive.”

The training was set up after models from last year’s show said they wanted more coaching and a team bonding experience, said Danielle Green ’20, a member of the creative board.

Students try to make Identities better every year. They are in charge of every detail, from sketching initial concepts to choosing the pieces worn to production. Board executives will start planning a theme for next year as early as April.

“The magnitude of the show is challenging at times to handle,” said Jules Kardish ’20, executive producer for the design board. “However the freedom we have with the creative process is really thrilling. Every year there is chaos and panic right up until the start of the show, but every year we pull it off.”

Identities has five boards — creative, design, finance, production, and publicity — to manage all the work. The creative board oversees the show’s vision and casts the models, who audition about a month before the big day. The production board figures out the show’s setup, from music to lighting to the layout of the runway, which this year will be V-shaped so models can start their strut on one side of the room and exit on the other. The design board puts much of the creative vision into action, creating content for the website and holding advance photo shoots. The publicity board markets the show, while the finance board handles the budget and ticketing.

“I think what’s really fascinating about this whole thing is that we all spend the whole year working in different areas, sometimes never knowing everything that’s happening with the other boards other than at the top level,” said Mordeniz. “Then in the two hours of the event we see everything come together with all its different elements. It’s very rewarding.”

“It’s about working together with a group of people to bring an idea to life. [You need to] have a Plan B when your Plan A inevitably just disappears, and have a Plan C after that.”
— Lisa Zheng ’20

The logistics for the show are complex. Students call designers for clothes and looks, book hair and make-up artists for the models, reserve the venue — with an eye to what’s possible in each space — and hire a set-construction company to build the runway. The day of the event is a mad dash where everything somehow comes together.

Managing it all gives students a strong artistic and creative outlet, along with on-the-job training in the world of fashion and apparel.

“It’s about working together with a group of people to bring an idea to life,” said Lisa Zheng ’20, co-executive producer for the show’s creative board. Students need to wear a lot of hats and learn to work as a team when things don’t go as planned. “[You need to] have a Plan B when your Plan A inevitably just disappears,” she continued, “and have a Plan C after that.”

Every detail of the event centers around its theme. This year’s, Fantasy, promises a dreamlike look and feel. “When we think about how we want the show to look we always have ‘fantasy’ in mind,” said Besker, whose production team’s biggest challenge this year was lighting to fit the theme. “We thought that if we play around with lights we would be able to re-create fantasies — like an ‘Alice in Wonderland’ kind of a world.”

“My board gets to have a lot of fun with the theme,” said Kardish.

On one photo shoot the team featured heavy shades of red and blue lights to achieve an otherworldly tone, Kardish said. They also tried to find places on campus that gave off that vibe, like the elegant interior of the Widener Library and the surrealist paintings in the Harvard Art Museum. 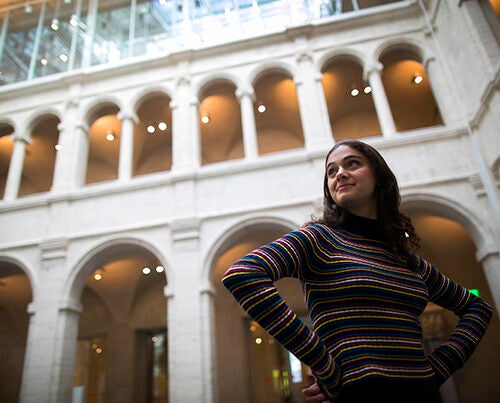 For Lily Calcagnini, Harvard ‘is a place where students with intellectual curiosity can study precisely whatever they want’ 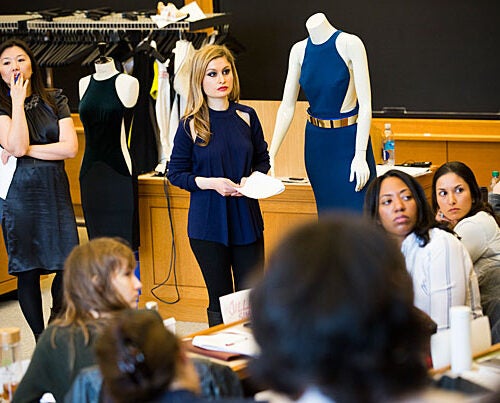 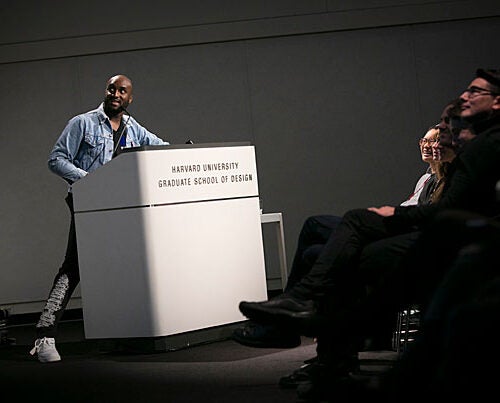 Ideas (and sneakers) were in the air

In the end, the hard work pays off as students get to sharpen their communication, organization, and leadership skills while also pursuing their interest in fashion.

“It pulls me back to doing things that I love,” said Kardish, who hopes to go into photojournalism and adds the photoshoots she oversees to her portfolio.

It can also lead to career opportunities. Identities helped Besker, for example, get a job in Portland, Oregon, in the tennis department of the apparel giant Adidas. “In my final interview, I mostly talked about my experience with Identities,” she said. “Adidas was looking for creators and how individuals can represent themselves as creators. … They were really impressed and liked everything I had to say about working on the show — not just the creative part, but also the planning.”

But more than anything, say the students, Identities allowed them to tap into their creative passions and share them with the rest of the University.

“I found a sense to express myself in fashion,” said Zheng. “I really love that I can share that sort of passion with the rest of the school and have other people do the same.”

The Identities Fashion Show is Sunday at 7 p.m. in the Northwest Labs in Harvard’s Northwest Science Building. Tickets are available here.