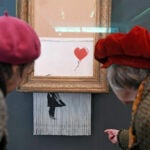 When Paul Sun-Hyung Lee was growing up in Toronto in the 1970s and ’80s, there were no TV shows featuring Korean immigrants, or many Asians at all besides Pat Morita. There was “M*A*S*H,” but the most visible Asian in that cast was Hawaiian, and Margaret Cho’s “All-American Girl” wouldn’t launch until 1994.

That slowly began to change in the ’90s, but the real wave of shows starring Asians began in the 2010s, and Lee is proud to be a part of it.

“I wanted so hard to fit in, to assimilate, that I actively pushed away my heritage because it was never seen. When you don’t see yourself reflected on the screens, you are very subtly taught that your stories don’t matter or that you are an outsider,” said Lee, who stars as Appa, the patriarch in the hit sitcom “Kim’s Convenience.”

“For Asian kids, to see themselves and their families reflected on the screen is a big deal. It normalizes the families and it shows that they are not alone, that these are common stories,” he added.

“Kim’s Convenience,” adapted from Ins Choi’s 2011 play, was picked up by Netflix in 2018, two years after its first season aired on CBC. The show is paired with ABC’s “Fresh Off the Boat,” and stars from both casts were at Harvard on Monday to take part in a panel discussion called Reimagine “Asian” at the Graduate School of Education’s Askwith Hall.

The panel was conceived and convened by Woojin Kim, an Ed.M. candidate at HGSE. “I love these shows,” he said. “I love ‘Kim’s Convenience’ because it’s one of the most relatable, authentic media experiences that I’ve ever had a connection with.”

After years of misrepresentation, stereotype, or just omission, “We’re now seeing the emergence of directors and creators who are intentional and thoughtful about the casting choices they’re making,” Kim said. “They are covering a very wide gamut. These creatives can express their full and true stories, crafting more authentic, diverse narratives.

Simu Liu, who plays Lee’s son, Jung, in “Kim’s Convenience,” said seeing the play “was the first time I ever saw [my own culture] depicted onstage … and I remember leaving the theater in tears because it was truly a look into my parents’ life.” Liu’s parents had grown up during the Cultural Revolution in China, creating “a very turbulent relationship” between parents and son.

“[The play] made me feel a lot closer to my parents, it made me understand their perspective a lot more so it did actually bring us much closer together,” Liu said.

Andrew Phung, who plays family friend Kimchee, said “Kim’s Convenience” doesn’t necessarily have to have a message. “The great part about our show is it’s about the realities of this family. It’s groundbreaking that this family is on television and gets to tell their particular story. The message is the same as other shows: family, hard work, the struggle to have a better life.”

Lee agreed, “A lot of non-Korean people tune into the show and say, ‘I didn’t know much about Korean culture, but watching your show is a really great introduction to it.’

“When you are normalized and you see more of yourself reflected in these different diverse characters, you are more willing to empathize with them or be with them because you have this common ground,” he said. 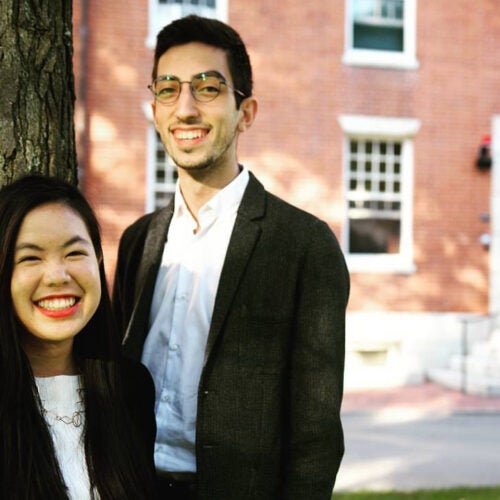 Learning through others broadened their sense of how the wider world works, recent grads say 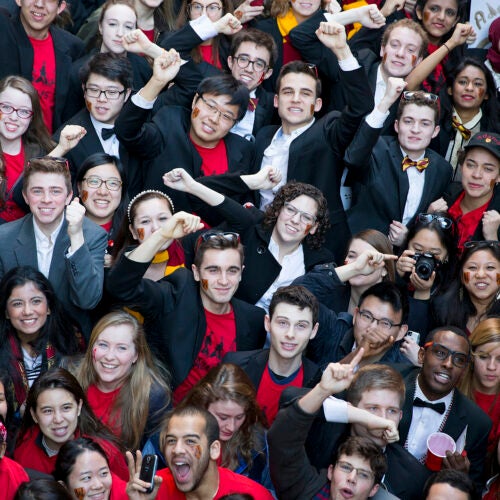 Harvard College roommates from varied backgrounds say their differences draw them together, broaden their education

Andrea Bang, who plays Lee’s daughter, Janet, and “Fresh Off the Boat” star Hudson Yang also took part in the discussion, which drew a packed crowd of 200, with another 400 on the waiting list.

Lee said the show relies heavily on humor to make connections with its audience, whether Asian, black, white, or, like the writer of this piece, blind and hearing-impaired.

“The use of humor is integral for our show because [with it] we’re able to gently introduce really big topics,” he said. “When you use humor as an entry point, it’s an icebreaker … and you are able to sort of ask and raise a lot of questions in a very nonthreatening way. It’s amazing in that sense because humor, when used effectively, means you can cover a lot of ground.

“Everybody loves to laugh … but if you learn while you are laughing at the same time it’s a wonderful thing.”

Asked to describe himself physically, Lee said, “I am round; I am smooth on the top, I have no hair; I’m warm, not just in body heat but personality; and I give great hugs and I love getting hugs. I am like a big stuffed teddy bear — with no hair!”

And so laughter ended the discussion.

Reimagine “Asian” was sponsored by OSA, Pan-Asian Coalition for Education @ HGSE, The Harvard Asia Center, and the Harvard Pan-Asian Graduate Student Alliance, which was founded by Woojin Kim.

Nina Livingstone is a Boston-based writer. She can be contacted at nina@ninalivingstone.com.