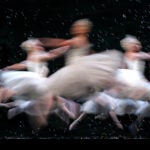 Stephanie Paulsell is a scholar of religion and a person of deep faith, but when deciding on a subject for her latest research, she chose one of literary history’s most committed atheists.

“Virginia Woolf was raised by Victorian agnostics to think that people who believed in God were not facing reality,” says Paulsell, an ordained minister in the Christian Church (Disciples of Christ). “She once wrote to her sister that ‘there’s something obscene in a living person sitting by the fire and believing in God.’ But her novels are full of religious language: consecration, revelation, soul, spirit. For me, she is a generative religious thinker.”

Religious work is something Paulsell knows well. As the Susan Shallcross Swartz Professor of the Practice of Christian Studies — a chair established through Swartz’s landmark 2012 gift to the Campaign for Harvard Divinity School (HDS) — she is a core member of HDS’s multireligious ministry education program. In both her teaching and research, Paulsell often explores transcendence in experiences that are not formally religious, not unlike the one she had reading Woolf in her first year at Greensboro College.

“The first novel of hers that I read was ‘To The Lighthouse,’” she remembers. “I didn’t fully understand it, but there was something there that felt religious to me. She has a way of opening up the hidden moments of our lives, returning our own experience to us, illuminated. It felt like a spiritual experience to read her.”

In her forthcoming book, “Religion around Virginia Woolf,” Paulsell explores the ways that the novelist’s engagement with religion went far beyond the question of belief to include “studying the history of religions; reading the Bible … studying religious art and thinking about her own art in relation to it; drawing in complex ways upon religious language and religious themes both in her novels and in her reflections on the practices of reading and writing; and creating a literature that did, and continues to do, a kind of religious work.” Moreover, Woolf was an insightful, often scathing critic of clergy who failed to deliver in ritual the kind of transcendent, meaningful experience she strived for in art, and in life.

“After the funeral for her friend Ottoline Morrell,” Paulsell writes, “[Woolf] bemoaned ‘the lack of intensity’ in the service and the ways in which symbols of British power, in the form of medals on the clergyman’s robe and the presence of the Union Jack in the sanctuary, undermined the solemnity of the occasion and the sacredness of the space. What did any of this have to do ‘with Ottoline, or our feelings?’ she asked when she reflected on the day in her diary. And when she read a bishop’s empty musings on heaven in the newspaper, she despaired at how unequal the representatives of religion were to the task of articulating religious hopes and desires. ‘The duty of heaven-making,’ she wrote, needs more than a bishop can bring to it: ‘it needs time and concentration. It needs the imagination of a poet.’”

Paulsell’s last book, co-authored with the HDS theologian Harvey Cox, was a commentary on the Bible’s Song of Songs. She says that she finds a connection between the Song and Woolf’s work. Both are concerned with intimacy — and the ways in which it frequently falls short of human longing.

“The lovers in the Song of Songs are always asking ‘Where are you? Who are you?’” Paulsell says. “I think Woolf gets at that experience in books like ‘The Waves’ and ‘Three Guineas.’

“We miss each other. We try to communicate. We fail. We can’t understand what’s going on with the other. But then sometimes we can. Sometimes we look together at something or, through very ordinary gestures, we know each other for a moment. Like the Song of Songs, Woolf reveres those moments.”

Woolf’s work is particularly relevant in the age of “the nones,” Paulsell says, when formal affiliation with religious organizations is on the wane and young people in particular look for new ways to identify and mark the sacred in their lives.

“Woolf was raised by people who had lost their faith and were trying to construct life practices and ethics that could sustain them and help them interpret the world,” she explains. “She was trying to create a new form for modernity, when we know much more about the world, and evolution, and even where the Bible came from. She’s part of a project to re-create sacred community.”

At a time when mainline Christianity has been on the decline in the U.S., Paulsell says there is also an opportunity to chart a new course for spiritual life in the modern world. Woolf’s work and life make a rich resource for that project.

“We have a chance to look at the resources of all our traditions and see the ways in which they do speak to the deepest, fiercest hopes and aspirations and fears that we have,” she says. “Woolf thought that the religion around her did not often offer responses to those hopes and fears that were equal to them and explored in her writing other spiritual alternatives. We have the same challenge today. The question is, ‘How do we marshal the resources of religion toward these very human longings?’” 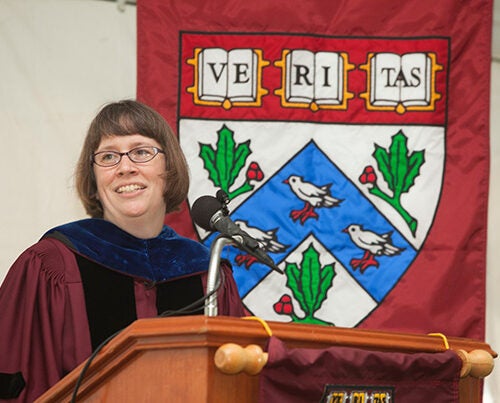 Professor spans centuries, from Bible to Woolf, in HDS talk