Memo to America: Not everyone wants to be like you 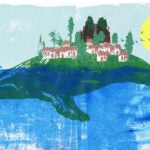 When the Cold War ended, the U.S. stood as the world’s pre-eminent power and looked forward to a new age of peace and prosperity. But a foreign policy overly focused on spreading American values dashed that promise, argues Stephen M. Walt in his new book, “The Hell of Good Intentions.”

Walt, the Robert and Renée Belfer Professor of International Affairs at the Kennedy School, says that failures linked to a strategy of “liberal hegemony” championed by Washington’s foreign policy elite have undermined the goal of advancing ideals like democracy and free markets and diminished the nation’s power and influence.

The Gazette spoke to Walt about his critique of U.S. foreign policy and his belief that the remedy lies in a more restrained approach.

GAZETTE: How do you define “liberal hegemony” and why has it been such a destructive foreign policy approach for the United States?

WALT: Liberal hegemony refers to a strategy that seeks to use American power to spread liberal values far and wide, and in a sense try to transform the world in America’s image. So it’s not “liberal” in the sense of being left wing. Rather, it is about spreading the classic liberal ideals of democracy, human rights, rule of law, and markets all over the world. These are wonderful principles that Americans rightly defend. The problem is that trying to spread them around the world doesn’t work very well, as we’ve seen for the past 25 years.

First of all, non-democracies are threatened by this strategy and they resist in various ways, and sometimes quite effectively. Second, when we succeed in toppling a dictatorship and then try to create a democracy, it turns out to be an extremely difficult task, as we’ve seen in Iraq, Afghanistan, Libya, and other places. So instead of spreading our values, we end up with failed states, insurgencies, and terrorism. Third, this project involved the United States committing itself to protect countries all over the world, which meant we took on more and more security burdens without having more resources to accomplish those aims. This policy allowed allies to get a free ride and in some cases act recklessly under the protection of the United States.

Liberal hegemony also involved spreading financial markets rapidly and trying to get more and more countries into our trading order, and rapid globalization just didn’t deliver as promised. We ended up with greater inequality here in the United States, stagnant lower and middle-class incomes, and eventually a major financial crisis.

GAZETTE: What is some of the evidence for your argument? And was there a pivotal moment when the mistakes began?

WALT: The pivotal moment is really the end of the Cold War and the beginning of the unipolar era. The United States was really on top of the world in the early to mid-1990s, and it was an era of great optimism. Our relations with the major powers were good, including Russia and China. Democracy was spreading in Eastern Europe and Latin America. Markets were expanding. Iraq had been disarmed in the first Gulf War, and Iran had no nuclear enrichment capability. The Oslo peace process had begun. So there was this widespread belief that American ideals were going to spread around the world and that this was going to be relatively easy to do.

But if you look at the situation we face today, relationships with Russia and China are quite poor, and those two countries are now cooperating quite closely against us. Democracy is in retreat in many parts of the world and under threat in places like Poland and Hungary. Even worse, American democracy itself is increasingly dysfunctional. India, Pakistan, and North Korea have all tested nuclear weapons in this period. The Oslo peace process was a complete failure and the two-state solution that we favored is further away than ever. And countries like Iran are now on the threshold of being nuclear weapons states if they decide they want to be. So given where we were in the early 1990s and where we are today, it’s pretty clear that American foreign policy didn’t accomplish what we thought it would. We are not solely responsible for all of those negative trends, but our fingerprints are on a lot of them.

GAZETTE: Instead of relentlessly seeking to spread American values, what should the nation be doing?

WALT: We should be focusing our foreign policy on trying first and foremost to make Americans safer and more prosperous here at home and to defend those core American values here in the United States. We should continue to stand up for these values and encourage other countries to embrace them, but primarily by setting a good example, by showing that these values work well in the United States. In terms of foreign policy I argue for a strategy that is sometimes termed “offshore balancing,” where the United States commits itself militarily only when there are threats to the balance of power in critical strategic regions like Europe, Asia, or the Persian Gulf. If no one is threatening to dominate these areas, the United States can stay “offshore” in terms of its military deployments, while remaining engaged around the world economically and diplomatically. Today, the only serious great power rival to the United States is China, and therefore the United States should focus most of its attention on maintaining a favorable balance of power in Asia so that China does not dominate that region. Offshore balancing is a much more restrained foreign policy than we have been following, but it is not isolationism or disengagement.

GAZETTE: Is there a danger that if the U.S. shifts to a more restrained foreign policy, the vacuum would be filled by nations that do not support liberal values?

WALT: I think that idea is mistaken. The United States has not been able to dictate politics in many parts of the world, despite repeated and sometimes costly efforts. As powerful as we are, we don’t control the evolution of local politics and political alignments in most of the world. We have some influence, but we have not been able to dictate what happens in the Middle East, we can’t determine the fate of Afghanistan after 17 years of war, we have not been able to steer the politics of a country like Hungary or Poland, which are moving in an illiberal direction. If the world’s most powerful country cannot do that, then other countries are not going to be able to do that either. We can do a lot to shape the balance of power in critical areas, but our ability to mold the politics of these regions and tell other countries how to organize their societies is very limited.

GAZETTE: Had the U.S. followed the collapse of the Soviet Union with the policies you advocate, what would the world look like now?

WALT: We would not have expanded NATO eastward in an open-ended fashion and our relations with Russia would be substantially better. In fact, over time, we would have slowly drawn down our commitment to Europe and encouraged Europe to take greater responsibility for its own defense. I think if we had done that beginning in the 1990s Europe would be in better shape today. The United States would not have adopted the strategy of dual containment in the Persian Gulf in the 1990s, which required us to keep troops in Saudi Arabia to deter Iran and Iraq simultaneously. Our presence there was one reason Osama bin Laden decided to attack the United States, so Sept. 11 might not have happened. Had we adopted a more even-handed approach during the Oslo process, we might have actually gotten a two-state solution. Needless to say I would not have invaded Iraq in 2003. And a more measured approach to globalization would have made sense as well. I’m not suggesting a different policy would have produced a foreign policy nirvana, but it’s pretty easy to see how a less ambitious and more realistic approach to foreign policy would have left us and much of the world in better shape today. 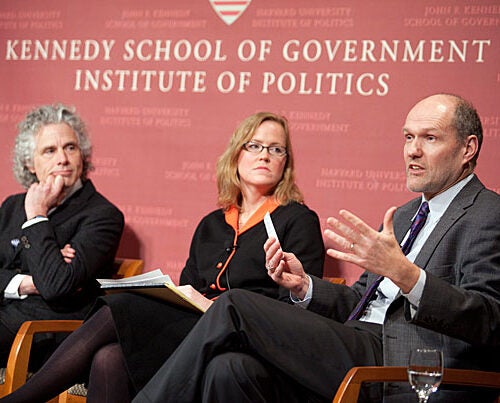 Harvard Kennedy School panel explores: ‘Is War on the Way Out?’ 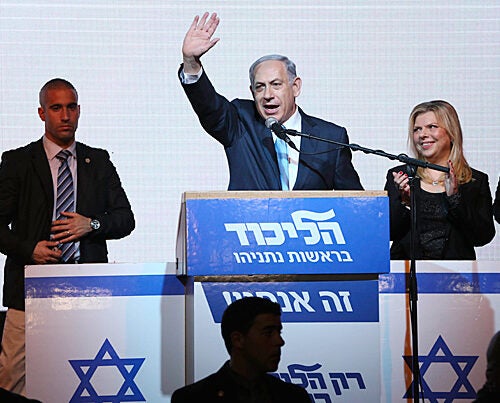 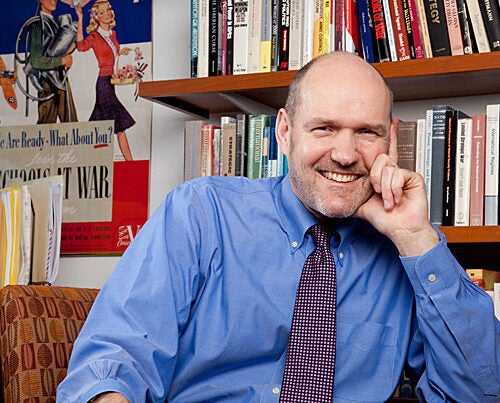 Harvard expert explores what the international community can do