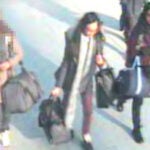 A siren call to action

Although pollsters had predicted a tightly contested election, Israeli Prime Minister Benjamin Netanyahu yesterday stormed to a surprisingly decisive victory over Isaac Herzog, leader of the Zionist Union party, to claim his third consecutive term in office and fourth overall.

Herzog’s center-left alliance of the Labor and Hatnua parties ran an anti-Netanyahu campaign and pledged domestic reforms and resumed peace talks with the Palestinian people. The alliance had appeared to surge in recent weeks, but in the end secured only 24 seats in the next Parliament, while Netanyahu’s conservative Likud Party, which took hard-line stances against the formation of a Palestinian state and a U.S.-brokered nuclear deal with Iran, won 30 seats.

Under Israel’s splintered, multiparty system, candidates must cobble together a coalition with one or more parties to secure a 61-seat majority in the 120-seat Knesset, or parliament, and install a prime minister. Netanyahu is now expected to far surpass that threshold through coalitions with other conservative, Orthodox, and right-leaning parties before the March 31 swearing-in.

Stephen Walt is the Robert and Renée Belfer Professor of International Affairs and faculty chair of the International Security Program at Harvard Kennedy School (HKS). The Gazette interviewed Walt, a critic of U.S. foreign policy toward Israel, by email about the election and what the results mean both for Israel and for the United States.

GAZETTE: The conventional wisdom was that this would be a very, very close election and that there was a real possibility that the Zionist Union could win. Are you surprised by the results, particularly Netanyahu’s wide margin of victory?

WALT: Netanyahu has always been an adroit campaigner, and he pulled out all the stops in the closing days. Israeli public-opinion polling is also notoriously unreliable, which helps explain why the final results diverged from pre-election predictions.

GAZETTE: What do you make of Netanyahu’s recent public disavowal of a two-state solution to the Palestinian question? Was it a political gambit designed to shore up support in the late days of a tight race, or are we seeing his true, long-held view revealed for the first time?

WALT: The Likud Party is committed to creating a “Greater Israel,” and Netanyahu has always opposed a two-state solution. He opposed the Oslo peace process in the 1990s, and the “Palestinian state” that he sketched in his 2009 speech at Bar-Ilan University wasn’t a genuine state at all, just a set of disconnected Bantustans under total Israeli control. His rejection of a two-state solution last week was a political gambit, but it was also a reflection of long-held personal convictions.

GAZETTE: What does that remark, coupled with his accusations that the Zionist Union bused in Israeli Arab voters to vote with them — a remark seen by some as a racially motivated scare tactic — portend for the prospect of unified government moving forward?

WALT: His tactics in the election are likely to polarize Israeli society further, which is not what that country needs today. Even worse, his actions called attention to the deep racial inequalities within Israel, and the lack of any clear strategy for achieving a just and peaceful solution with the Palestinians and broader acceptance within the region. This issue, rather than any threat from Iran, is the main challenge that Israel will face in the years ahead.

GAZETTE: National security was once again a defining issue. What does a Netanyahu victory mean for Israel domestically and internationally?

WALT: Netanyahu made it clear that we should expect more of the same: more settlements, steadfast opposition to any sort of Palestinian state, and continued warnings about Iran. These issues have been the core of his agenda for two decades, and there is little reason to expect his position to change significantly.

GAZETTE: Who is the Likud Party most likely to form a governing coalition with?

WALT: The Likud’s obvious partners are Naftali Bennett’s Jewish Home Party, Avigdor Lieberman’s Yisrael Beiteinu (both much weaker after this election), and a number of smaller religious parties. He may also be joined by former Likud Party member Moshe Kahlon, who campaigned on the need for economic reform and whose centrist Kulanu Party did very well.

GAZETTE: What was at stake in this election, and where does it fit historically in terms of significance compared with past elections?

WALT: This election was noteworthy for several reasons. First, in order to fend off a surprisingly potent campaign by the Herzog-Livni Zionist Union Party, Netanyahu tilted sharply right. He openly rejected the creation of any kind of Palestinian state and described voting by Israel’s own Arab citizens as a serious threat. Most observers will rightly conclude that the idea of a “two-state solution” between Israel and the Palestinians is finished; the problem is that the only alternatives to two states are either a bi-national democracy or some sort of apartheid. Second, Zionist Union had vowed to reverse Israel’s declining international standing; Netanyahu’s victory is unlikely to stop this worrisome trend. Third, economic inequality has been rising rapidly inside Israel, and the next government will have to take steps to address it. Finally, this is the first election when Israel’s various Arab parties united to field a “joint list,” and this step could presage a broader public campaign for Palestinian civil rights within Israel itself and within the Occupied Territories.

GAZETTE: How is this election likely to affect relations between Israel and the United States going forward?

WALT: The outcome will not be as important as most people think. Although relations between Netanyahu and the Obama administration have been strained, the underlying problems between Washington and Jerusalem are structural, not personal. Israel’s continued occupation of the West Bank and its de facto control over Gaza are sharply at odds with core U.S. values, the two governments disagree about the best way to deal with Iran’s nuclear research program, and the other gaps between U.S. and Israeli interests are becoming more apparent over time. The two states will continue to cooperate on a number of issues, but frictions are likely to continue no matter who is prime minister in Israel and who is president here.

GAZETTE: In Foreign Policy [magazine], you recently characterized the U.S.-Israel relationship as “dysfunctional.” What did you mean by that?

WALT: It is dysfunctional because it is so one-sided. The U.S. gives Israel generous economic, military, and diplomatic support no matter what its government does, and American politicians will not utter even the mildest of criticisms because they fear the political clout of AIPAC [American Israel Public Affairs Committee] and other groups in the Israel lobby. This situation damages U.S. standing around the world, increases the terrorism problem, undermines U.S. non-proliferation efforts, and forces every administration to devote disproportionate attention to a relatively small state. This situation has been equally harmful to Israel, as it has allowed Israel to continue policies — such as settlement-building — that are not in its own long-term interest.