When is the price right? 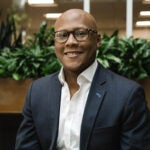 What happens when utility companies guess wrong when forecasting prices in a newly emerging government regulatory regime? And what can be done to reduce those forecasting errors? Those are two of the questions that Cuicui Chen, Ph.D. ’18, set out to answer when she launched her doctoral research project at Harvard Kennedy School.

Chen, who came to HKS after earning an undergraduate degree in engineering at Tsinghua University in her native China and a master’s degree in technology and policy at M.I.T., began asking questions like these as she grew more curious about the intersection of engineering, technology, and policy. She applied to the Ph.D. in Public Policy (PPOL) Program at Harvard, she says, in hopes of delving deeply into these issues.

Chen’s dissertation consisted of three separate papers, one of which (referred to as the “job market paper”) focused on the world’s first large-scale cap-and-trade program, the Acid Rain Program, which began in the mid-1990s following passage of the 1990 Clean Air Act.

The Clean Air Act paved the way for the formation of a unique emissions permit trading regime, creating an incentive for polluters to adopt cleaner technologies by allowing them to buy and sell pollution permits on the open market. The new regime, while visionary in scope, was also fraught with challenges as utility companies and other polluters began developing strategies based on forecasts of future market conditions at a time when the market itself was nascent and relatively volatile. Chen says when the program started, the industrial forecast for the future pollution permit price was quite high — up near $800 — but for the first 10 years the actual price never exceeded $250.

“Firms at the time were not taking full account of the decline in the price of subbituminous coal, the kind of coal with very low sulfur content, which they could have observed,” Chen says. “So that was an expectation error.

“Initially they got things wrong, but over time they were able to shift their management practices,” she says. “They were able to hire more people from the financial sector and improve their calculations about future market conditions in order to make better decisions on this regulatory program.”

Chen says her research underscores the importance of drawing upon accurate beliefs when making market-based decisions.

“In many cap-and-trade programs, you see companies not being very market sensitive to begin with … and you would expect them to make a lot of mistakes in the beginning in particular,” she says. “Those miscalculations are very costly to the firms, and in turn, to consumers.”

Chen argues that it is up to the government to deploy policy options that set upper and lower limits on permit prices, thereby reducing the volatility of the pricing scheme, and improving predictability. She also argues for better coordination among critical stakeholders like policymakers, electric utilities, and brokers.

Chen is transferring her own skills right now: In the fall, she will begin a postdoctoral fellowship at the Belfer Center for Science and International Affairs, where her faculty advisers will be Associate Professor Joseph Aldy, and Henry Lee, senior lecturer in public policy. In spring 2019, she will begin a faculty appointment at the State University of New York (SUNY), Albany.

Chen credits her six years at the Kennedy School for giving her insight into her own potential.

“In China, I was taught to be in a fixed mindset — in believing that either I’m smart or not,” she says. “But here, I have gone through a transformative period where I discovered that the mindset is not fixed. There are always opportunities to learn. There are always opportunities to improve. Even if you fail at something doesn’t mean you will fail at more things later.”

This article was originally published on Harvard Kennedy School’s Student Life webpage in May. It has been lightly edited.