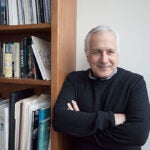 Most enrollees say they can get the health care they need and want, survey says

Enrollees in Medicaid reported in a nationwide survey that they’re largely satisfied with the health care they receive under the program, according to researchers at Harvard T.H. Chan School of Public Health. Most Medicaid enrollees said that they have good access to physicians, while few reported any barriers to accessing care due to their Medicaid insurance.

The findings, just published online in JAMA Internal Medicine, come as some policymakers have argued that Medicaid is a broken program that doesn’t provide enrollees adequate access to medical care. By contrast, the new findings suggest that Medicaid is popular and meets the needs of the vast majority of enrollees.

“The debate on the future of Medicaid has largely marginalized a crucial voice: the perspective of enrollees. Our findings confirm that Medicaid programs are fulfilling their mission to provide access to necessary medical care,” said Michael Barnett, assistant professor of health policy and management at Harvard Chan School. Benjamin Sommers, associate professor of health policy and economics, co-authored the study.

Under the Affordable Care Act, Medicaid — a federally funded, state-administered health insurance program for low-income individuals — was expanded in 31 states and the District of Columbia, providing new coverage to millions.

The researchers analyzed data from Medicaid’s first national Consumer Assessment of Health Providers and Systems survey, which was aimed at assessing people’s experiences with Medicaid. More than 270,000 people responded to the survey, which was administered by the Centers for Medicare & Medicaid Services from December 2014 to July 2015 to Medicaid enrollees in 46 states, some of which expanded Medicaid under the Affordable Care Act, and some of which did not.

Satisfaction with Medicaid was high both in states that expanded Medicaid and in those that did not, as well as across all demographic groups, the authors found.