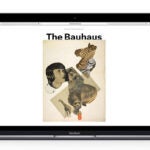 Ahead of Bauhaus centennial, a digital gateway

How do you help fix an education system that is failing those who need it most? If you are Anna Deavere Smith, you write a play that gets people talking.

The actor-writer is back at the American Repertory Theater (A.R.T.) with a one-woman show that explores the failings of U.S. schools and the inequality that makes a good education an increasingly elusive goal for millions of kids.

Based on close to 250 interviews Smith conducted over several years, “Notes from the Field: Doing Time in Education,” which opened Aug. 20, sets the hopes and frustrations of educators and students against the psychological burden of everyday violence.

But Smith isn’t the only one doing the talking. Audience members get their chance in Act 2, breaking into small discussion groups led by facilitators to discuss Smith’s work. The crowd reconvenes in the theater for a coda by Smith in Act 3.

In an email interview, Smith said she was excited to be back at Harvard and working with the A.R.T., where Terrie and Bradley Bloom Artistic Director Diane Paulus’ mission of expanding the boundaries of theater fits with her own vision of using the stage to create dialogue around pressing social issues.

“I see the theater as a convening place where we can share ideas and feelings and potentially get people motivated to change things,” Smith said.

Early in her research for the show, Smith said, she learned about the impact of trauma, poverty, and violence on the school experience. “Though this phenomenon is called a school-to-prison pipeline, it is very clear that what we are looking at is a poverty-to-prison pipeline,” she said. 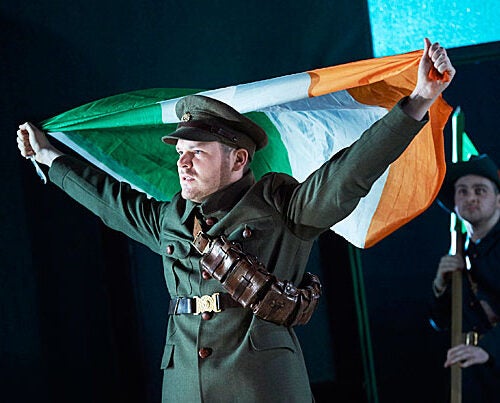 “I have taught very advantaged students for 40 years and have a good sense of the kinds of supports they have,” she said. “Poor kids need more creative support. And teachers need to be cherished in a way that they are not. We should not blame teachers for a problem of poverty and racial inequity that is now generations-deep.”

Smith has deep Harvard ties. As a Bunting Institute Fellow in 1991-92, she developed and first performed her her award-winning play “Fires in the Mirror,” about the 1991 Crown Heights riots in Brooklyn, N.Y. Five years later she was back on campus to launch the Institute on the Arts and Civic Dialogue at the A.R.T. in collaboration with the W.E.B. Du Bois Research Institute. The summer seminars convened scholars, activists, and artists to discuss creative works focused on social issues. (Today the IACD is housed at New York University.)

Harvard professors and students have played a special role in “Notes from the Field.”

During Thursday’s show, Michael Sandel will lend his own brand of call and response to the production. Sandel, the Anne T. and Robert M. Bass Professor of Government, will lead the Act 2 discussion with a panel of students, teachers, law enforcement officers, and others.

“We’re inviting the audience to be participants, not just spectators,” said Sandel, who developed the popular course “Justice,” which asks students to examine their positions on democracy and ethics. In 2013, Sandel took part in a similar mix of theater and public dialogue in Central Park in which scenes from Shakespeare served as a companion to discussion about the moral limits of capitalism.

“Like Anna, I’ve long been intrigued by the use of the theater as a vehicle for civic discourse,” said Sandel. “We hope the power of the performance will provoke a searching discussion about the school-to-prison pipeline.”

Sara Lawrence-Lightfoot was in the crowd on opening night. The Emily Hargroves Fisher Professor of Education at the Graduate School of Education was the chair of the board of the MacArthur Foundation when Smith won her “genius” grant in 1996, and the two have been friends ever since.

“One of the things that continues to happen with each play for me is her virtuosity,” said Lawrence-Lightfoot. “Her characters are more believable, more complicated, more layered.”

The main critique of the show has involved the discussion groups, with some complaining that they are too brief to accomplish anything meaningful.

In her email Smith called such criticism “great news.”

If people think the sessions are too short, she said, “that means they have the desire to speak more and possibly the will to do more.”

She added, “The whole idea of the production is to ask the audience to move from passive spectatorship to action. Sounds like these people want to move. Onward!”