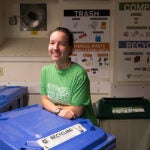 Until this past Friday, I reveled in the independence of sophomore year at Harvard. After a poignant family farewell on move-in day, I’d operated under the assumption that I was immune to the common first-year pitfall of homesickness.

Then came Freshman Parents Weekend — the special Friday in October when parents of Harvard’s freshman class descend on campus, wearing the requisite crimson and beaming smiles. As I crossed the Yard, it felt as though every member of the Class of 2019 had four parents each, leaving nary a pathway on which to get back to my room. 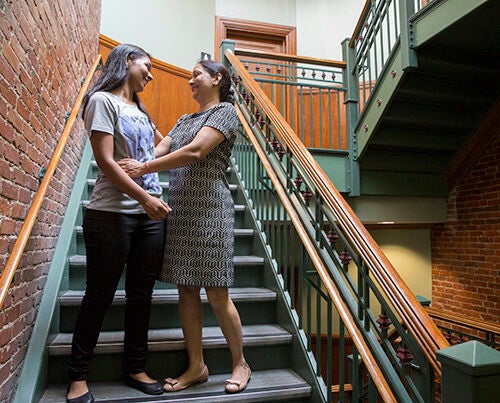 First, you move in

Freshmen arrive on campus, start settling in to college, and new lives

Returning to my House, I reflected on how my life had changed in the 12 months since my own Freshman Parents Weekend. While this year I did not have to clean my room — or clear my schedule — I was saddened that I was not going to hear my father’s unending complaints about his Fantasy Football team or see my mom organize my room.

The silence was deafening as I watched from my window, looking down into the distance as proud parents accompanied by their Harvard progeny. This year, I went to Freshman Parents Weekend as a correspondent rather than a student. Little did I know that viewing these events through objective eyes would help me better understand how each person fits together as pieces of an exquisite puzzle, creating a remarkable picture of community — Harvard’s Class of 2019.

Observing freshmen and their families at Friday’s event, “Words of Wisdom for Harvard Parents,” showed me power of the Harvard experience on students and parents alike. The Gray family stood out from the crowd. They were attending Freshman Parents Weekend as well as the Crimson football game, in which their son, Tyler, would be taking the field for Harvard. His mother, Toyya Brawley Gray, shared how being a student athlete at Harvard has influenced her son in a few short months, noting his growth not only as a football player but as a student and role model.

“He has become an even better time manager. He is adjusting to being here and having a bigger workload,” she said, noting that the transformation was not limited to Cambridge but was felt at home in South Carolina. “We miss him a lot. We’re used to having him here for his younger brothers.”

Talking with the students and families also opened a window into the daily life of a Harvard freshman, which brought back memories of my own first year. Nick Nava’s family from Miami were enamored with the beauty of the fall foliage, with one family member noting: “I like seeing the leaves change, because I’m used to seeing green where I’m from!”

While New Englanders take autumn splendor for granted, the Navas included a new climate as part of their Harvard experience. Nick shared one of his late-night culinary preferences: Filipe’s. A 2 a.m. burrito at Felipe’s is a Harvard rite of passage, and already an integral part of this freshman’s experience.

Another theme that emerged was culture shock. Perhaps one of the most interesting examples was that of freshman Cooper Bryan from Ethiopia. Accompanied by his grandparents, Connie and Pat from Oklahoma, Cooper discussed his transition. “The adjustment has been good. I am loving everything except the weather. The people here are the best thing about it.”

Even with the extreme cultural adaption, Connie Bryan reflected, “He seems to be the same old Cooper that we know.”

Indeed, Parents Weekend is a time for students to take time to re-bond with their families and share a slice of their College life. The weekend reinforced my respect for how Harvard affects people. Almost universally, the families noted how their children have matured since arriving at Harvard in late August, and looked forward to seeing this growth continue. As an objective attendee, I could clearly see the diversity in this freshman class. The exquisite variety in talent, personal viewpoint, academic passion, and extracurricular interest fit together perfectly to create the dynamic group of freshmen interviewed.

I concluded the weekend with a greater respect for the members of my campus community as well as for the transformative power of Harvard, and grateful for the privilege of witnessing it firsthand.