Other unknowns in health care rollout 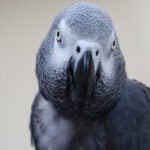 Amid the many pathways to success or disaster facing the nation’s troubled health reform law are two on which a panel of health care experts agreed: It will continue to be a political hot potato, and come Jan. 1 it will change U.S. health care.

With the new year, four key provisions of the law go into effect that will move the United States closer to joining the ranks of nations that offer citizens universal access to health care. Insurance companies will no longer be able to exclude people with pre-existing conditions. Coverage plans purchased through state health insurance exchanges will go into effect, and those covered by the expanded Medicaid program will see their benefits take effect. Jan. 1 will also see what may be the law’s most unpopular provision go into effect, the individual mandate that requires people to carry health insurance and levies a fine if they don’t.

“We’re four weeks away from achieving the fundamental promise of what this law’s about in the first place,” said John McDonough, professor of the practice of public health and director of the Harvard School of Public Health’s (HSPH) Center for Public Health Leadership.

With 11 months until the 2014 elections, congressional Republicans plan to continue attacking the law, likely focusing on the individual mandate. Both the House and Senate are vulnerable to a change in the majority party in the election, so the fall voting could dramatically affect implementation of the law, according to Robert Blendon, the Richard L. Menschel Professor of Public Health and HSPH’s senior associate dean for policy translation and leadership development.

If Democrats continue to hold the Senate and somehow win the House, money to fully implement the law will flow, while if Republicans hold the House and win the Senate, implementation will be stalled in many areas, resulting in very different effects on Main Street.

McDonough and Blendon were part of a panel presented by The Forum at Harvard School of Public Health. The event called “The U.S. Healthcare Law Rollout: Where Do We Stand?” also included Otto Eckstein Professor of Applied Economics David Cutler and Professor of Health Economics Katherine Baicker. It was co-sponsored by the Reuters news service and moderated by Reuters correspondent David Morgan.

While some panelists said that the law’s early stumbles will be forgotten in time if implementation goes smoothly from here, others pointed out that the administration may only have a few months to get things right.

While the government appears to have greatly improved the HealthCare.gov website for users, questions remain about its back-end interface with insurers, which is supposed to make sure the new policies reach insurance companies and go into effect on time. Minor glitches are almost certain to happen, but major problems could undermine the already shaky confidence in the system, Baicker and Cutler said.

Another potential danger is to the financial viability of the health care exchanges, Cutler and Baicker agreed. Insurance works because premiums paid by healthy people support payments for care for the sick. The exchanges were intended to provide insurance for a wide swath of the public, but the population they serve changed when President Obama — to make good on his promise that no one would lose their current health insurance plan by fiat — let people keep plans that weren’t grandfathered in and that don’t meet the new federal minimum standards.

Though that extension is supposed to last just a year, there’s the danger of creating a system with skewed populations, Cutler and Baicker said. If healthy people are outside the exchanges and unhealthy ones inside, that would hurt insurers financially, particularly the low-cost insurers that have sprung up and serve an important part of the market.

Because insurance premiums for 2015 will be set next spring, Cutler said, the administration really only has four to six months to straighten out these issues.

“There’s really no question they have their work cut out on this one,” Cutler said.

Another possible problem facing insurance companies in 2015 is premium volatility, Baicker said. With the exchanges covering a different pool of individuals than anticipated, the adjustment in premiums could be significant, shocking consumers and further undermining trust in the system.

Despite such troubles, Cutler also hailed some recent good news:  a slowdown in the rate of increase of health care prices. The unexpected boon, he said, is at least partly due to the Affordable Care Act (ACA). But Baicker disagreed that the act should get credit for the slowdown. Instead, she said it was caused by the overall economic slowdown, which means price increases could pick up again as times improve. In addition, she said, with the major expansion of the government’s Medicaid program, a focus on cutting costs in the health care system remains essential.

Another major issue that remains unaddressed is that millions of America’s poor don’t qualify for the program. Though the law was designed to extend insurance coverage to all Americans, a 2012 Supreme Court decision allowed states to opt out of the Medicaid expansion that would have covered people up to the federal poverty line and that was mandatory in the original law.

About half of the states have opted out of the Medicaid expansion, leaving in the cold those residents — typically the working poor — who make too much to qualify for their state’s original Medicaid program but too little to qualify for federal subsidies on private health insurance premiums.

“People will die because of that policy failure,” McDonough said.

With political and administrative pitfalls still to be overcome, Blendon said the public campaign to support the new law remains important, but that Obama is the wrong person to be out front in pushing it. With his earlier stumble, in which he said that people could keep their current insurance plans, fresh in the public’s mind, the law should be defended by those who have been helped by it and states where implementation has gone smoothly, such as California, Blendon said.

Good news is out there concerning the health care law, but panelists said one has to look at the state level to find it. McDonough said that Arkansas, Kentucky, Michigan, and Ohio are all considering innovative ways to accomplish the Medicaid expansion, allowed under a federal waiver beginning in 2017. Vermont, he said, is considering a single-payer system. The most promising initiatives sparked by the ACA, Cutler said, are occurring at the state level, regardless of the party in control.

“The most interesting thing with the ACA is what the states are doing,” Cutler said. “I would pay more attention to that than any bill going through Congress.”