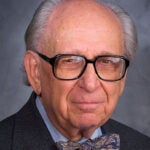 Harvard University students and staff on Monday helped to celebrate the new U.S. citizenship of 23 staff members. While they came from all over the world — including El Salvador, Morocco, Brazil, Tibet, Colombia, Ecuador, and Guatemala — all of the staff members achieved their goal with the assistance of the Harvard Citizenship Program.

Established in 2002, the program is a collaboration between the Harvard Bridge Program and the Institute of Politics (IOP) at the Harvard Kennedy School. Since its inception, the program has helped 153 Harvard staff members to attain their citizenship. Participants receive a wealth of support, encouragement, and training to pass the test administered by U.S. Citizenship and Immigration Services.

Harvard students volunteer as IOP citizenship tutors, providing one-on-one training in civics subjects such as U.S. history, the structure of the American government, and current events, while the Bridge Program staff provides training in English as a second language (ESL) and helps people navigate the complex process of applying for citizenship.

President Drew Faust joined in the festivities, and celebrated the staff members’ achievement.

“Your accomplishment reminds us that American citizenship should not be taken for granted,” Faust said. “I know that the journey to this day was long, and required a great deal of commitment from each one of you. I’m sure it had its obstacles, and at the end there was a test that I’m not sure all of us who were born American citizens would so easily pass.

“You’ve also all taken an oath that expresses explicitly your loyalty to the U.S. Constitution,” Faust said. “Those of us who were born American citizens are seldom asked to be so explicit and reflective about the meaning of being an American, and about the nature of our relationship with the United States. So this occasion presents all of us with an opportunity to stop for a moment, and think about the meaning of your choice and your commitment — not just for you, but for all of us.”

For new citizen Gladys Romero, a catering steward with Harvard Business School Restaurant Associates who is from El Salvador, the citizenship process was challenging. “Becoming a U.S. citizen was important to me because it meant that I could make my opinion count by voting. But, most importantly, by becoming a U.S. citizen, I will feel more secure and permanent as a resident in this country,” Romero said.

“The day I went to my citizenship interview, I was so nervous,” she said. “But then I was handed a piece of paper with the date for my swearing-in ceremony, which meant that I had passed the test. As a citizen, I am looking forward to my right to vote in the presidential election this year, and I hope that my guy wins. I really appreciate all that the Bridge Program has done for me.”

Lisa Wang ’14, student program chair of citizenship tutors at the IOP, cited a 2011 Newsweek story in which 1,000 U.S. citizens were given the test — and 38 percent did not pass it. “I would like to offer a message of gratitude that we, as tutors, all share,” Wang said. “It has been a privilege for us, not only to tutor you, but also to learn from you, and to appreciate the civic pride that you have that so many of us are lacking these days.”

Every spring and fall semester, the IOP invites Harvard students to sign up for tutoring opportunities in citizenship, as well as ESL and computer skills. For Wang, who has volunteered since the fall of her freshman year, tutoring allows her to help others earn the same U.S. citizenship that she helped her mother to receive in 2009.

“My mother and sister became U.S. citizens my senior year of high school,” said Wang, whose parents emigrated with her sister from China. “I was born here, so I was the first one in my family to be a U.S. citizen, and I was able to help her a lot in studying for the test. I wanted to continue that once I came to Harvard, and this is the best way for me to do that.

“It’s a great way to learn about yourself and what citizenship means to you,” Wang said. “We are a country of immigrants, and it’s good to understand your background and be able to pass that along.”