EPA recognizes Harvard as a leader in green power purchasers 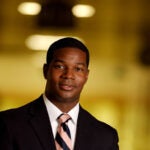 Harvard University has been announced as one of three schools in the Ivy League that were recognized by the U.S. Environmental Protection Agency as 2009-10 Collective Conference Champions for using green power. The Collective Conference Champions Award recognizes the conference, and its respective participating schools, whose collective green power purchase was the largest among all participating conferences.

Since April 2006, the EPA’s Green Power Partnership has tracked and recognized the collegiate athletic conferences with the highest combined green power purchases in the nation. The EPA recognized Harvard University for its purchase, which contributed to making the Ivy League the challenge’s largest overall purchaser of green power.

Harvard’s voluntary use of nearly 32 million kilowatt-hours (kwh) of green power represents 10 percent of the school’s annual electricity usage. Harvard is purchasing a utility green power product and renewable energy certificates from Essex Hydro Associates and Sterling Planet. In addition, the school generates on-site renewable electricity, which helps to reduce the environmental impacts associated with the campus’s electricity use.

Twenty-six collegiate conferences and 54 colleges and universities competed in the 2009-10 challenge, collectively purchasing nearly 1.2 billion kwh of green power. The EPA will extend the College and University Green Power Challenge for a fifth year, to conclude in spring of 2011. The EPA’s Green Power Challenge is open to all U.S. colleges, universities, and conferences. In order to qualify, a collegiate athletic conference must include at least one school that qualifies as a Green Power Partner, and the conference must collectively meet EPA’s minimum conference purchase requirement.