Competing on a national stage 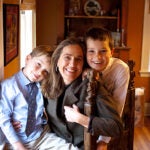 Traveling to the heartland of America, Louis Caputo ’10, J.P. O’Connor ’10, and Steven Keith ’13 are competing at this year’s NCAA Wrestling Championships, with aspirations of returning to Cambridge as All-Americans and national champions in each of their weight classes.

Mostly, it was a forgettable season for the Harvard wrestling team this year. Suffering from critical injuries and a lack of depth, the team finished the season with a 2-14-1 (0-5 Ivy League) record and was winless in the Ivy League.

But despite losing 11 straight to end the season, Caputo, O’Connor, and Keith did their part to help the team, and earned their way to nationals in the process.

“They basically carried us. When we got injured a little bit, these guys kept their focus,” said Harvard head coach Jay Weiss, who is in his 16th season at Harvard. “It was a difficult year for the guys. But I think everyone’s pretty fired up right now, which is good because hopefully it’s going to carry on to spring and summer of next year.”

For the two-time All-American seniors, it’s their fourth trip to the NCAAs, and their final run. There are high expectations for the co-captains, particularly with O’Connor coming into the tournament as the No. 1 seed and Caputo the eight-seed. O’Connor finished the regular season undefeated, 30-0, while Caputo completed the year 22-3.

Starting Thursday (March 18) morning, O’Connor opened the tournament with an impressive 15-2 first-round win, and followed that up with an 8-1 win against his second-round opponent to earn a spot in the quarterfinals.

Caputo, who won his first matchup, 5-2, but dropped his second by the same score, will continue to wrestle for a third-place finish today, aiming for a shot at All-American status. The top eight wrestlers in each weight class are crowned All-Americans.

The 125-pound grappler Keith, who entered the tournament unseeded two weeks after placing third in the EIWA Championships, is just the 10th Harvard wrestler under Weiss to qualify for the national championships as a freshman. Facing tough competition in his first two tournament matches, the newcomer lost both to end an impressive rookie season. Despite the losses, it is clear that with the departure of the two senior co-captains, Keith represents Harvard wrestling of the future.

“Steven’s inspiring,” said Caputo. “He has a fire and tenacity that’s not in most freshmen. I look forward to following him in years to come, and I couldn’t be more thrilled for him.”

Although familiar with success — Keith was a Junior National and two-time state champion in high school — the rookie turned heads this season with a 20-11 record, and exceeded all expectations, including his own.

“Coming into the season, I talked with my parents about what I should expect for the upcoming year, and we agreed that maybe just over a .500 season with a good shot of placing somewhere in the EIWAs” was the goal, said Keith. The Shoreham, N.Y., native made a stunning run in the EIWA tournament, knocking off the No. 3 and No. 2 seeds to claim third place and an NCAA Championships berth.

And for O’Connor and Caputo, no matter how they finish, they will go down as two of the greatest wrestlers Harvard has ever seen. They will both finish in the top three for career wins and have a chance at becoming three-time All-Americans, which has only been done once at Harvard, by Jesse Jantzen ’04, 2002-04.

“I think a coach can coach somebody like them once every 10 to 15 years. I have two of them at the same time,” said Weiss. “They are phenomenal people, and I can honestly say they’re two of my really good friends. I just want the best for them. They’ve put their time in, they’ve raised the bar of the program.”

“I love the sport … I wanted to take that one more opportunity to compete, to do the sport I love, and to represent Harvard,” said Caputo, who finished undefeated in Ivy League competition this season. “My time here has been fantastic, and I love competing for Harvard.”

“This year I have a confidence I really don’t think I’ve had in the past,” said O’Connor. “I developed a motto for this season with one of my coaches: Just no regrets. …  This year has been a year of recognizing that, and trying to take that love for the sport and the passion, and allow myself to wrestle to my potential and get it done, bringing a national title back to Cambridge.”

Closing in on the national title, the No. 1-seeded O’Connor is already the first Crimson athlete to be named Ivy Wrestler of the Year twice (2008, 2010), and he would be the first ever at Harvard to finish an entire season undefeated.

“J.P. was a natural leader coming in as a freshman,” said Caputo. “He was the most successful freshman in Harvard history, and he’s been an unbelievable inspiration in the wrestling room every day. … He has a competitive drive that’s unparalleled.

“I’ve been on a lot of teams, and there’s been no one quite like J.P. as far as drive and mental toughness. I couldn’t have been happier for him this season. He’s getting everything he deserves.”

Although all three are clearly gifted wrestlers, Weiss and his coaching staff have been significant factors in their success.

In his time at Harvard, Weiss has coached 50 NCAA qualifiers, 15 EIWA champions, 15 All-Americans, an NCAA champion, and an NCAA Tournament Most Outstanding Wrestler. That’s certainly no accident.

“From the day I got here, coach Weiss was like a father figure to me. I respect him, care about him, and love him like I do my own parents. That’s how much he means to me,” said O’Connor. “A big thing with coach is development of character and development of the person, and I think that’s something that I got here that I definitely wouldn’t have gotten anywhere else in the country.”

And so for the seniors, the end of the tournament marks the conclusion of two unforgettable careers at Harvard. For the freshman, it’s just the beginning. And when the dust settles, it won’t be the Crimson’s two wins that will be the story of the 2009-10 season, but the three Harvard wrestlers who spent their spring break in Omaha representing Harvard.