Finding herself in chapter, verse 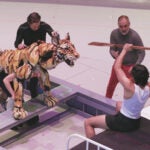 Far from her native Indianapolis, Alyssa Gaines steeps herself in life on campus and as National Youth Poet Laureate

Like many first-years, Alyssa Gaines wasted no time immersing herself in campus life. She started the semester starring in the theater group Teatro’s production of “In the Heights” and will be the first Black musical director of the first-year musical, a beloved annual spring tradition created and produced by newest members of the College.

“It’s a privilege to be in this space,” said Gaines, who is also the 2022 U.S. National Youth Poet Laureate. “What I love about being here is that everyone I’ve met is someone impressive and good people and very passionate about learning and intellectually curious — something I can learn from. This period for me is very important. I’m in a different place, away from home. Of course it’s going to make me a better artist.”

The Indianapolis native’s artistic training began in middle school when her grandparents took her to local slams. She began performing with a team that took her to the Brave New Voices poetry festival. In high school she became an avid reader of poetry and started to improve her technical skills. Among the works that inspired those early days was Gary Soto’s “Oranges,” which speaks to the intensity of adolescence.

“I loved how personal it was, and how the universal themes were for the reader to pull out. Slam is very urgent in its subject matter. I loved the softness of ‘Oranges.’”

“I’m in a different place, away from home. Of course it’s going to make me a better artist.”
— Alyssa Gaines, pictured below

As youth poet laureate, Gaines will write a blog at the Library of Congress — one of the program sponsors — and appear at events before a variety of audiences, civic engagement being central to the honor. She performed at the Earth Prize Innovation Summit this fall as well as a convening of after-school programs across the U.S.

“That was very meaningful to me because that’s kind of how I got involved with poetry,” she said.

Gaines hopes to use her platform to talk about increasing access to fine arts and expanding the way they are taught to make them more inclusive.

In her own poetry, she has given voice to works on political issues such as gun violence and abortion, and expects her work to be changed — perhaps in unexpected ways — by the fact that she now lives in Cambridge, a place that feels quite far from her hometown. (Some of her own favorite poets include former Southern Regional Youth Poet Laureate Haviland N.G. Whiting and fellow Midwesterner Danez Smith).

“I’d love to talk about geographic identity now that I’m in a different region. I have written a lot about Indianapolis, where I grew up, and my family’s connections. I’ve been doing a lot of reading of poems about the Midwest. Danez has a poem called ‘i’m going back to Minnesota where sadness makes sense.’ And Hieu Minh Nguyen, who is also from Minnesota, has a poem called ‘Outbound,’ which I think is perfect,” she said.

“When I was younger, I was ready to leave Indiana. I thought I was a city girl. But I think as I got older and the idea of leaving Indiana became more real, I started to really appreciate all the things that living in the Midwest, living in Indianapolis, had taught me,” she said. “And then also, of course, history. I love this definition of poets as historians. And I put a lot of value in my family history. One of my grandfathers is from Russellville, Kentucky, which is a very small town. It was the Confederate capital of Kentucky. And that tie between Black Americans in their geographic connection to the South is something I explored with my poetry.”

Her adjustment to College and classes and to being away from home serves as “a wealth of knowledge that can go to in my writing,” she said. And she is finding bold ways to use language in other creative efforts, such as her work with the first-year musical.

“Every other music director has been an instrumentalist. That’s not my language, but I think I have a very strong choral music background. And I have training as a vocalist. I can hear things in the voice and in the mechanics of the voice. And so that’s kind of my strong set,” she said. “I’ve never conducted a pit orchestra. But I think that’s going to be a crazy skill to have and something that’s super to learn how to do.” 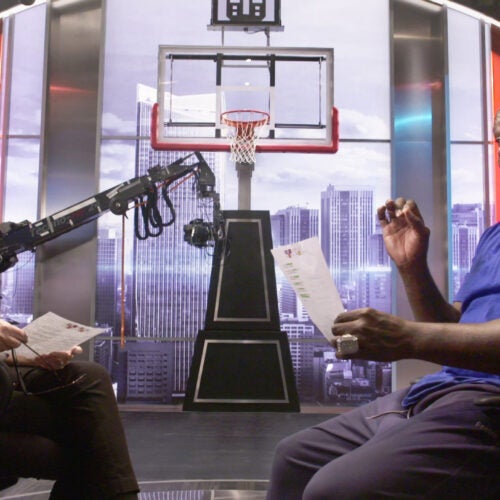 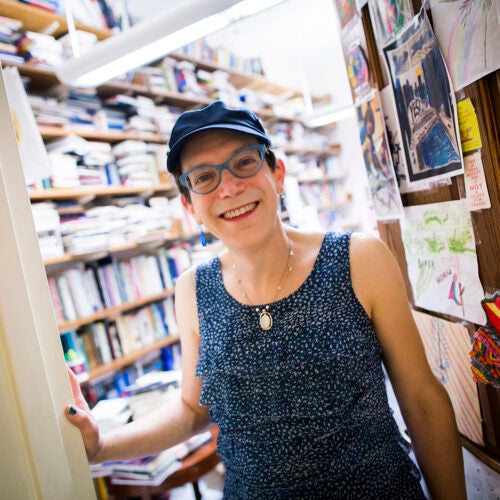 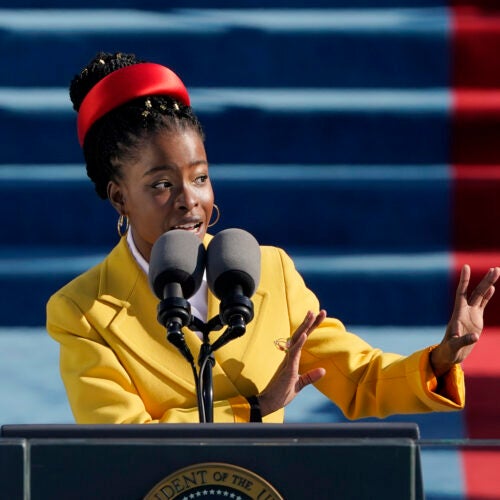