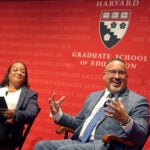 Getting schools back to pre-COVID levels misses point, Cardona urges

Sixty years ago, the U.S. and the Soviet Union faced off over Soviet missiles in Cuba, a stare-down that brought the world to the brink of nuclear conflict. Today, Russian President Vladimir Putin, having unleashed war in Ukraine, repeatedly reminds the West of his country’s nuclear capabilities, reviving the existential tension of October 1962.

Graham Allison, Douglas Dillon Professor of Government at the Kennedy School, has written extensively about the Cuban Missile Crisis. As assistant secretary of defense in the first Clinton administration, he received the Defense Medal for Distinguished Public Service for “reshaping relations with Russia, Ukraine, Belarus, and Kazakhstan to reduce the former Soviet nuclear arsenal.”

In a conversation with the Gazette, Allison discussed lessons of the John F. Kennedy-Nikita Khrushchev standoff, hard decisions facing President Biden, and the prospect of a cornered Putin. The interview has been edited for clarity and length.

GAZETTE:  Is this the most serious faceoff between nuclear powers since 1962?

ALLISON:  The good news is this is not yet the Cuban Missile Crisis, where JFK believed that the risks of a nuclear war were greater than one in three, an assessment with which I agree. But it’s the closest the U.S. and the Soviet Union-Russia have come to using a nuclear weapon against each other in six decades.

GAZETTE: The U.S. and NATO want to support Ukraine against Putin without triggering nuclear war. It’s a delicate balance. How can they pull it off?

ALLISON: It’s extremely challenging. Kennedy and Khrushchev, during the 13 days of the Missile Crisis, were facing a real possibility of a nuclear war that would have killed hundreds of millions of people. As they began to peer over the brink, each became determined to consider off-ramps before they got there. If you listen to the tapes of the EXCOMM [Executive Committee of the National Security Council] meetings on Saturday, Oct. 27 — when they get to the end of the day, they can’t figure out what to do. They’re exhausted. There are strong disagreements. When they broke for dinner at 8 o’clock, McNamara says he went home thinking, “Well, this may be my last night.” So they were really, really feeling existential nuclear danger. In those conditions, both Kennedy and Khrushchev became more imaginative and bolder than they had been previously. In Khrushchev’s case, he was essentially prepared to accept a deal that simply was a pledge by the U.S. not to invade Cuba in exchange for the withdrawal of the missiles. Kennedy was prepared to give him something better: this magic cocktail that consisted of the public deal — no invasion, missiles out — a private ultimatum that “If we don’t hear something within 48 hours, then we’re going to solve the problem,” and a secret sweetener. While the Kennedy administration insisted that there was no quid pro quo, JFK told Khrushchev that if the missiles were withdrawn, six months later there would be no Jupiter missiles in Turkey. In essence: both took a deep breath, and it was over.

GAZETTE: Has the Ukraine War been different? From the start, it seems like there has been concern about the use of nukes, and President Biden has been very vocal, warning Putin publicly — and I’m sure privately.

ALLISON: Many people have forgotten that we continue to live in a MAD — mutually assured destruction — world. Putin commands a nuclear arsenal fully capable of causing any American city to disappear in a couple of hours and destroying our whole country. Many people imagine that since the Cold War’s over and we won, nuclear weapons must have been consigned to the dustbin of history. No — Putin has a full-spectrum nuclear arsenal. A tactical nuclear weapon can basically turn Kyiv into Hiroshima. But the good news for America is that, in Biden, we have a seasoned cold warrior who has thought about the Cuban Missile Crisis and has thought about nuclear war. He has thought about what a full-scale war would look like, he’s even gone through scenarios on this — I know, personally.

What’s the most plausible scenario in which Putin orders a nuclear strike? If conditions on the battlefield force him to choose between a humiliating defeat on the one hand — which would not be existential for Russia, but which I think he believes, and I bet he’s right, would be existential for him — and escalating the level of destruction up to and including a tactical nuclear strike on a target in Ukraine, I think there’s every reason that he chooses the latter. When all this started, it seemed implausible to think it would ever come to that point. But thanks to the bravery and effectiveness of the Ukrainian forces, and the huge support they’ve gotten from the U.S. and our NATO allies, Ukraine is continuing to beat them back, raising the prospect that Putin is forced into a corner.

GAZETTE: Does that show that one of the lessons of the missile crisis has been missed? Kennedy wanted to avoid forcing a nuclear adversary to choose between humiliating defeat and nuclear war, but I wonder if Putin is starting to feel like he’s boxed in, while we’re ramping up the capability of the weapons we’re giving Ukrainians and they’re having an effect on the battlefield.

ALLISON: Biden also says that we’ve been very actively looking for an off-ramp. So I think he’s learned the lesson, but most of the commentariat haven’t. And you’re right. When Kennedy thought about the experience — this was life-changing for him — he became more reflective: “My God, what did we almost do?” And then, very deliberately, in that famous American University speech, he said that the central lesson for nuclear statecraft going forward is that “While defending our vital interests, we must avert confrontations that force an adversary to choose between humiliating defeat and nuclear war.” I think that’s what Biden is hoping and trying to do. But that’s very easy to say and hard to do, particularly since what’s driving events on the ground are the very legitimate aspirations of Volodymyr Zelensky to liberate his country. I mean, you could hardly say, “Don’t do it,” or even suggest it. Nonetheless, if you put the Russians into this corner, things could get a lot worse.

GAZETTE: You mentioned tactical nukes, and the idea of a “limited” nuclear war has been discussed. Is such a thing possible?

ALLISON: Reagan said, I really cannot fight a nuclear war, because it can’t be won, so I have to constrain myself and I have to persuade you to constrain yourself. But I don’t like to think of having to constrain myself — so maybe I can fight a limited nuclear war with you. Henry Kissinger’s book “Nuclear Weapons and Foreign Policy,” in 1957, developed the case for limited nuclear war. But as the strategic analyst community went through war games and thought through it, they understood that the question of finding a place to stop becomes extremely difficult. The question is: “Do I stop at this point or take the next step up?” So the consensus view among the national security community for the last several decades has been: Don’t even think about a limited nuclear war because you can’t be confident you can keep it limited. 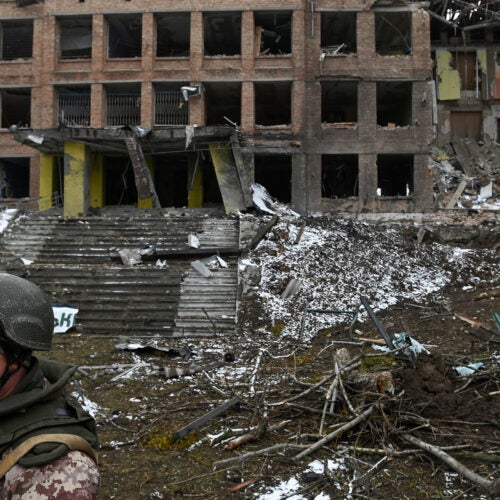 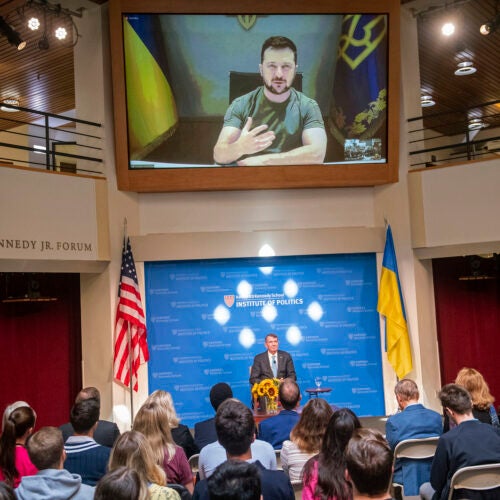 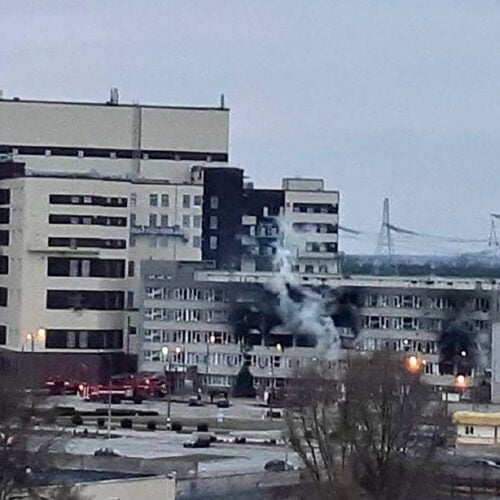 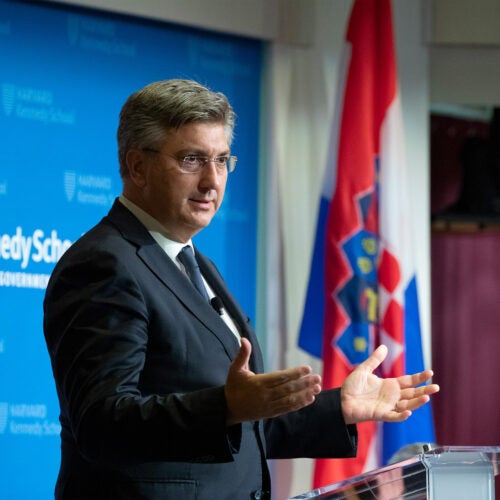